President Joe Biden called for the U.S. corporate tax rate to rise from 21% to 28% in order to help pay for his $2.5 trillion infrastructure plan, but tax experts are divided as to whether doing so is actually good for the country.

The increase would raise approximately $2 trillion over the next 15 years, the White House said in its description of the plan, which would pay for over half of the plan without substantially raising the national debt.

Biden’s package includes a 10% “made in America” tax credit on manufacturing, which supporters say will drive investments in the sector since corporations will naturally seek to pay fewer taxes and mitigate any potential decreases in domestic corporate investment. The tax credit, however, would return approximately $180 billion if half of all manufacturing investments were to qualify, the center said, slightly scaling back the increased rate.

The Biden administration did not provide detailed specifics when introducing the plan as to what investments would qualify for the credit or whether it would be fully refundable, making precise predictions more difficult.

Advocates have pointed to former President Donald Trump’s Tax Cuts and Jobs Act as an example of how lowering the corporate tax rate does not necessarily boost economic activity.

The 2017 bill lowered the corporate tax rate from 35% to 21% in an effort to increase investment and workers’ wages. Investment, however, stayed at 2.4% from 2015 to 2019, while wage growth has largely stalled among the lower- and middle-classes relative to higher earners, according to the Economic Policy Institute.

“There’s essentially no evidence the tax change boosted investment,” William Gale, the co-director of the Tax Policy Center, told The New York Times. “It gave massive windfall gains to corporations,” as a reward, he said, instead of providing future incentives that could increase profits and help the economy. (RELATED: Biden Administration Calls For Global Minimum Corporate Tax Rate)

Biden’s tax proposal is in some ways the reverse of Trump’s. Unlike the Trump tax cuts, which relied on the premise that corporate tax cuts would encourage businesses to increase their investments which would in turn generate more profits, jobs and wealth, Biden’s tax plan relies on higher taxes to finance much-needed infrastructure projects with the intent of making America more competitive and encouraging economic growth.

In order to prevent the offshoring of jobs, which the plan’s opponents argue would happen if it is adopted, the administration is relying on the closing of multiple loopholes that allowed companies to shift part of their operation abroad and still receive a tax credit, and reward companies that bring jobs back to the states with other tax deductions. It would also establish a minimum tax on foreign income. 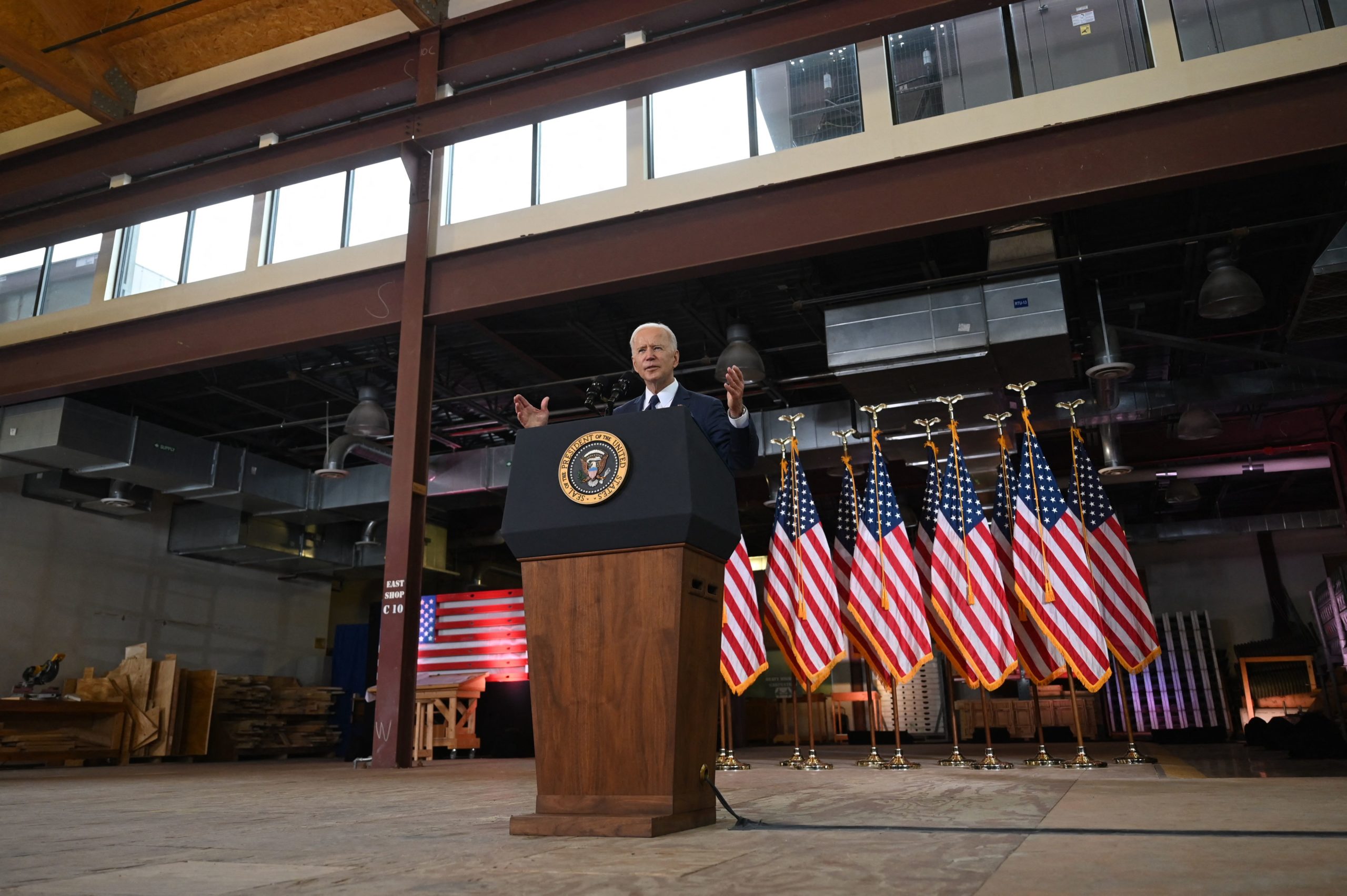 President Joe Biden announces his infrastructure plan in Pittsburgh, Pennsylvania on March 31. (Jim Watson/AFP via Getty Images)Opponents of the increase, however, argue that it will dramatically reduce private investment and cost workers’ wages and jobs.

“If you raise the corporate tax, there is going to be less infrastructure investment,” Chris Edwards, the director of tax policy studies at the libertarian Cato Institute, told the Daily Caller News Foundation.

“The private sector owns much more infrastructure than government does in America … If you raise the corporate tax, there’s going to be less infrastructure investment in the country,” he said, adding that the ultimate reduction from Biden’s plan could exceed $1 trillion.

Edwards also said that even though most small and midsize businesses were often exempt from the corporate tax rate, they would still be affected by its increase.

“Many medium-sized and small businesses are suppliers to big corporations in America,” Edwards said. “It seems to me if you whack the big guys then that won’t be good for many of the small businesses that supply them.”

Edwards was echoed by Neil Bradley, the chief policy officer of the U.S. Chamber of Commerce, who said in a statement that the corporate tax increases imposed by Biden’s plan were “dangerously misguided.”

We strongly oppose the general tax increases proposed by the administration which will slow the economic recovery and make the U.S. less competitive globally,” he said. (RELATED: Business Groups Denounce Biden’s Infrastructure Plan) 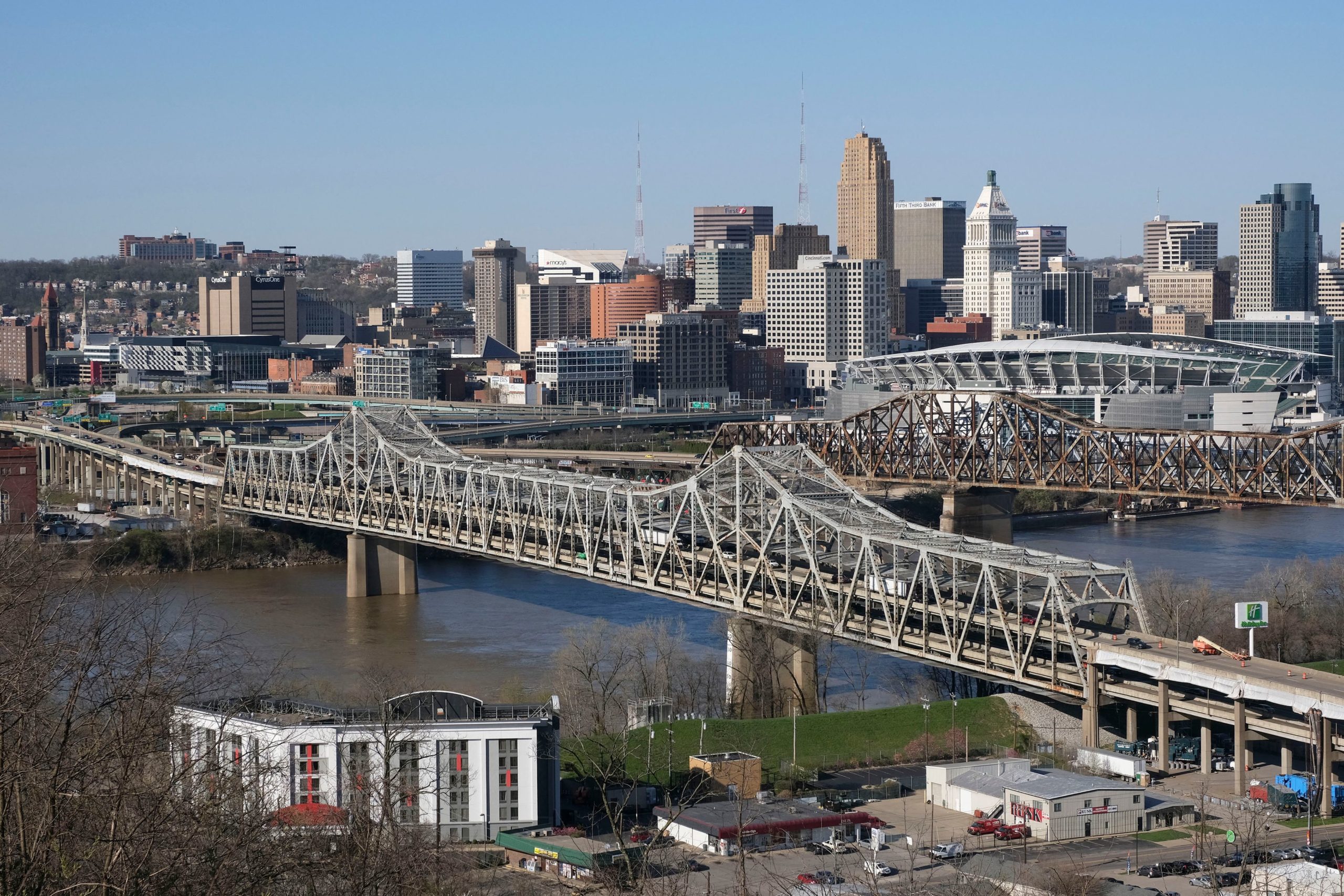 It is also unclear whether the Biden administration’s proposed 7% increase has enough congressional support to pass, even with Democratic majorities in the House and Senate. Republicans have said that tax increases are a non-starter, meaning that Democrats would have to use reconciliation to avoid a filibuster and pass the package with just Democratic votes.

But West Virginia Democratic Sen. Joe Manchin came out against the corporate increase Monday, calling it too high and stating his support for a 25% corporate tax rate instead.

“As the bill exists today, it needs to be changed,” he said. “It’s more than just me. There’s six or seven other Democrats who feel very strongly about this. We have to be competitive, and we’re not going to throw caution to the wind.”