Manchin was interviewed Monday by West Virginia’s Metro News and explained that the current bill needs to be changed if he is going to support the legislation, National Review reported.

“As the bill exists today, it needs to be changed,” Manchin said, adding that he could support raising the corporate tax rate to 25 percent, but said that 28 percent is too high. “It’s more than just me,” Manchin said. “There’s six or seven other Democrats who feel very strongly about this. We have to be competitive, and we’re not going to throw caution to the wind.” 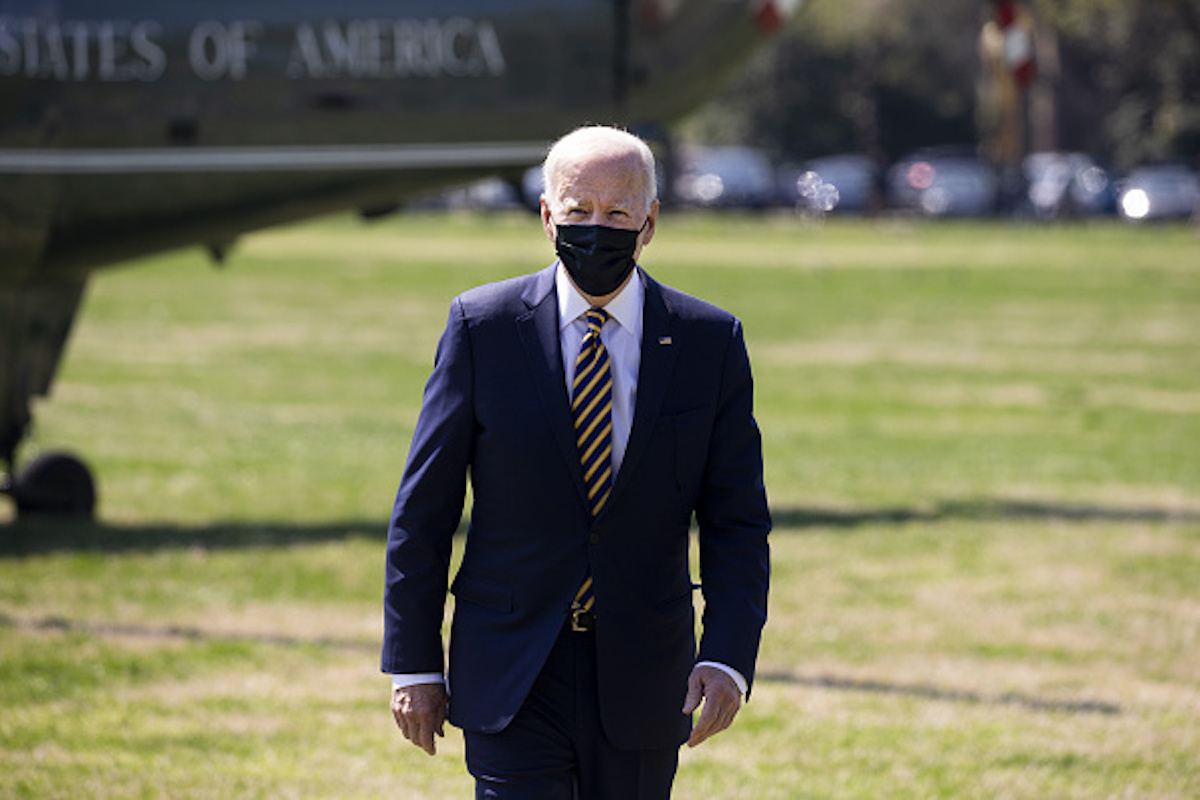 President Joe Biden speaks to members of the media after arriving on Marine One on the Ellipse near the White House in Washington, D.C., U.S., on Monday, April 5, 2021. (Photographer: Michael Reynolds/EPA/Bloomberg via Getty Images)

Twenty-one Senate Democrats sent a letter to Biden, asking him to include recurring direct payments to individuals in his infrastructure plan, saying the $1,400 stimulus checks in the $1.9 trillion COVID-19 relief bill is not enough. This addition would raise the plan’s price tag to approximately $3 trillion. (RELATED: 21 Senate Democrats Call On Biden To Include Recurring Direct Payments In $3 Trillion Infrastructure Plan)

Biden introduced the massive infrastructure package Wednesday in Pittsburgh, Pennsylvania. The plan is expected to cost upwards of $2 trillion. The plan will largely be funded by raising the corporate tax rate that was lowered in 2017 under Trump’s Tax Cuts and Jobs Act.