Major League Baseball (MLB) is reportedly moving the All Star Game to Colorado, a state that has similar voting I.D. laws to Georgia.

ESPN reported that the MLB moved the All-Star Game to Coors Field in Denver, Colorado, after MLB ditched Georgia over a series of new voting laws aimed to ensure election integrity were signed into law.

But Colorado’s election laws aren’t all that different from Georgia’s.

One main point of contention for some is that Georgia voters will be deprived of water, food and other items while standing in line. But Georgia’s law simply mandates that volunteers can’t hand out water, food or other items. The law, however, explicitly states that voters can still have access to water and polling places by having self-service water stations available.

Under Colorado law, “campaign workers are allowed outside of polling places to offer water, snacks, and other items to voters who are waiting to vote.” Campaign workers, however, are not allowed to offer the aforementioned items if they wear apparel or bear any of the candidates’ image, political party or ballot measures within 100 feet of the polling place.

“All voters who vote at the polls must provide identification,” Colorado’s law states. “If you are voting by mail for the first time, you may also need to provide a photocopy of your identification when you return your mail ballot.”

Acceptable forms of I.D. include a valid Colorado’s drivers license, a passport, a military I.D., a certified copy of a U.S. birth certificate for the elector or a valid student I.D. with a picture, among other options. 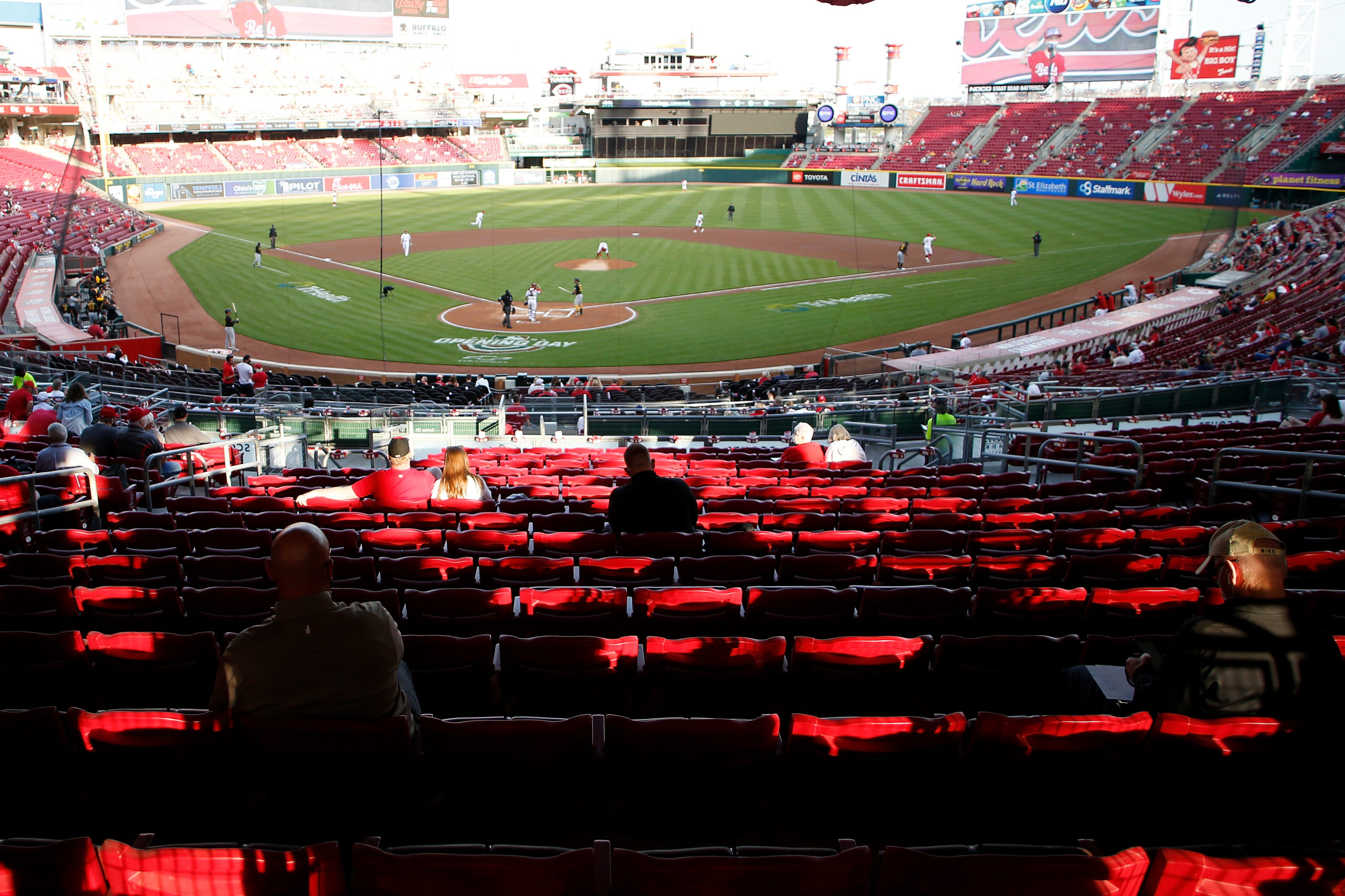 CINCINNATI, OH – APRIL 5: Fans watch the game between the Cincinnati Reds and the Pittsburgh Pirates during the first inning at Great American Ball Park on April 5, 2021 in Cincinnati, Ohio. (Kirk Irwin/Getty Images)

Georgia residents will also have to show I.D., just like Colorado voters. Georgia residents can receive a free ID card from the state, which can be obtained simply by getting the appropriate documentation. (RELATED: Rep. Burgess Owens Lived Through Jim Crow, Says It’s ‘Demeaning’ To Compare Voter ID With Actual Racism)

Voters who choose to vote absentee will be required to submit an I.D., as well, just like Colorado voters.

At least 35 other states require voters to prove their identification in some capacity.

When it comes to early voting, Georgia also fares better than Colorado.

Meanwhile, Georgia has three weeks of early voting and expands the hours during which polls can be open.

Both Colorado and Georgia allow polls to remain open until 7 p.m., and voters still in line may cast their ballot past that hour. Georgia also added a mandatory Saturday voting day, Georgia Public Broadcasting reported.