McConnell heavily criticized Biden and corporations for spreading disinformation about the new law in a statement. The bill implements voter laws that require, among other things, that voters provide a photo I.D. such as a driver’s license when they submit an absentee ballot.

McConnell cited The Washington Post, saying they debunked Biden’s claims about the new law and that an overwhelming majority of citizens favor voter I.D. requirements.

“From election law to environmentalism to radical social agendas to the Second Amendment, parts of the private sector keep dabbling in behaving like a woke parallel government. Corporations will invite serious consequences if they become a vehicle for far-left mobs to hijack our country from outside the constitutional order. Businesses must not use economic blackmail to spread disinformation and push bad ideas that citizens reject at the ballot box,” McConnell said in the statement. 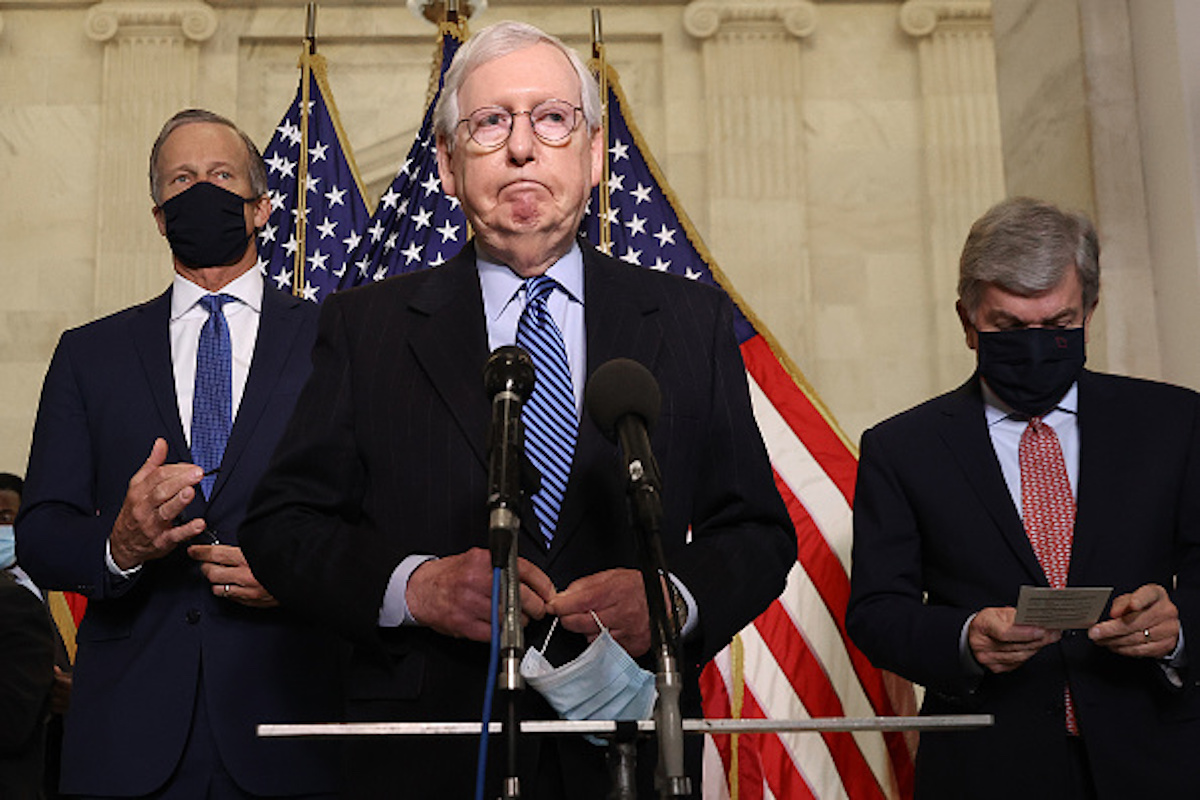 “The Washington Post has repeatedly debunked White House lies about legislation in Georgia: ‘In reality, Election Day hours were not changed and the opportunities to cast a ballot in early voting were expanded.’ Plenty of Democrat-run states allow fewer days of early voting than the new Georgia law requires,” McConnell continued. “More than 70 percent of Americans, including a majority of Democrats and a supermajority of independents, favor commonsense voter I.D. requirements; even so, Georgia will accept alternatives to driver’s licenses to verify absentee voters. All the facts disprove the big lie.”

MLB announced Friday afternoon that they will move the All-Star game and draft out of Atlanta due to the state passing the new election law. (RELATED: ‘Caved To Fear’ — Gov. Kemp Slams MLB For Pulling All-Star Game Out Of Georgia Due To New Voting Law)

“Wealthy corporations have no problem operating in New York, for example, which has fewer days of early voting than Georgia, requires excuses for absentee ballots, and restricts electioneering via refreshments,” McConnell added. “There is no consistent or factual standard being applied here. It’s just a fake narrative gaining speed by its own momentum.”