“Yesterday, I vetoed HB 1570,” Hutchinson said in a statement to the Daily Caller News Foundation. “Today, my veto was overridden by the General Assembly.”

“As I said in my veto statement, I fully expected the veto override since there was overwhelming support on the bill’s passage the first time,” the governor continued. “I do hope my veto will cause my Republican colleagues across the country to resist the temptation to put the state in the middle of every decision made by parents and health care professionals.”

Arkansas’ “Save Adolescents From Experimentation Act,” otherwise known as the SAFE Act, prohibits physicians from performing gender transition procedures, such as puberty blockers or “top” and “bottom” surgeries, on minors. 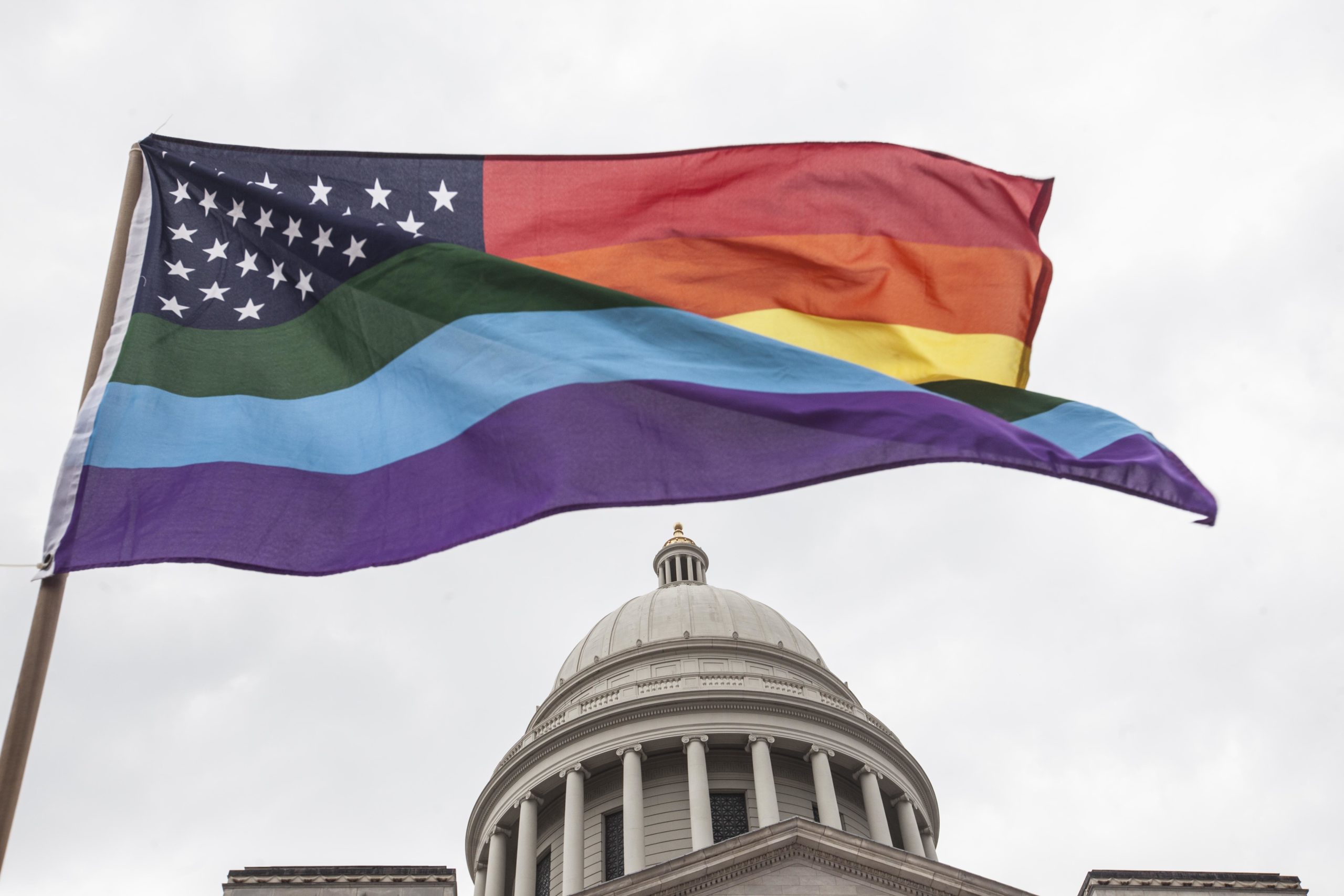 LITTLE ROCK, AR – APRIL 1: A rainbow flag flies over the crowd during a press conference by the Human Rights Campaign on the steps of the Arkansas State Capital in Little Rock following Gov. Asa Hutchinson’s comments on House Bill 1228, a bill passed which prohibits state and local governments from infringing on a person’s religious beliefs without a “compelling” interest, on April 1, 2015 in Little Rock, Arkansas. (Photo by Andrea Morales/Getty Images)

The SAFE Act passed the state’s Senate last week. Hutchinson had signed a similar bill in late March banning biological men from participating in women’s sports, but vetoed the SAFE Act Monday, describing the bill as a “vast government overreach,” and adding that the state shouldn’t jump into every “medical, human, and ethical issue.”

The bill’s opponents have vowed to sue to block the bill from going into effect this summer, according to the AP.

Alliance Defending Freedom’s senior counsel Matt Sharp applauded the news in a Tuesday statement, adding that “our laws should protect every child’s opportunity to have a natural childhood.”

“While approaches may differ, we should all agree that there is nothing natural or healthy about pumping kids full of puberty blockers and cross-sex hormones,” he continued. “Children should not be pushed to receive experimental treatments that can leave them permanently sterile and physically marred for life.”