Collins published an op-ed for Fox News where he slammed the two Georgia Democrats for continuing to slander the new law, which requires, among other things, that voters provide a photo I.D. such as a driver’s license when they submit an absentee ballot. Collins also heavily criticized the MLB for taking business out of the state.

MLB announced Friday afternoon that they will move the All-Star game and draft out of Atlanta due to the state passing the new election law.

“Shortly after MLB announced its decision to relocate the 2021 All-Star Game, Sen. Raphael Warnock … had the nerve to put out a statement expressing disappointment in the MLB’s move. What did he think would happen after he, Abrams and others on the Left spent weeks spreading lies about the substance of the bill, coining it as a ‘voter suppression law?'” Collins asked.

Warnock’s statement said it was the “unfortunate consequence of these politicians’ actions” that caused the MLB to move the All-star game. (RELATED: ‘Caved To Fear’ — Gov. Kemp Slams MLB For Pulling All-Star Game Out Of Georgia Due To New Voting Law) 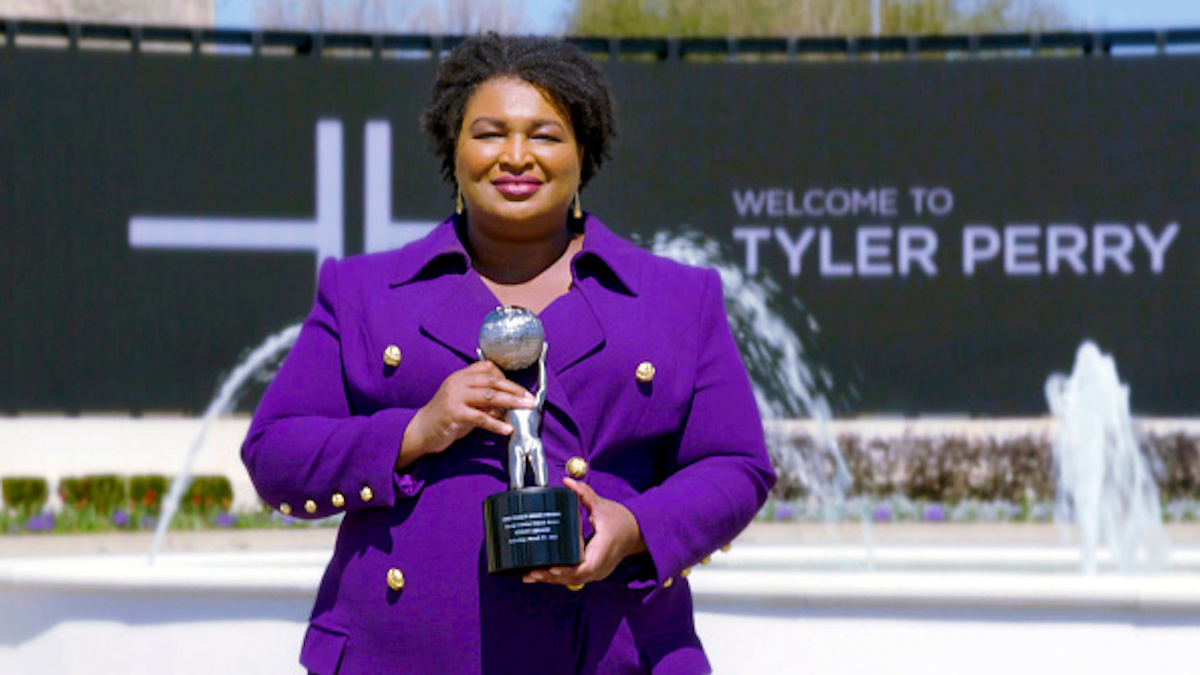 In this screengrab, Stacey Abrams accepts the Social Justice Impact Award during the 52nd NAACP Image Awards on March 27, 2021. (Photo by NAACP via Getty Images)

Collins went after Abrams for doing “what she does best,” saying “she spouted off false claims of voter suppression, attempting to paint Republicans in Georgia as racist, bigoted, and evil.”

“This comes as a surprise to no one. We witnessed this in the aftermath of the 2018 gubernatorial race where, to this day, Abrams has yet to concede to Gov. Kemp. When given the opportunity to finally admit that she lost the election, time and time again, Abrams stuck to her talking points: The Georgia governorship was stolen from her because Republicans used illegal voter suppression tactics to target people of color,” Collins added.

He then proceeded to ask if the MLB will stop playing games in California and New York “due to their lack of early voting.”

Collins also cited The Washington Post, saying they debunked Biden’s claims about the new law and that an overwhelming majority of citizens favor voter I.D. requirements.

“As for Biden’s false claim about Georgia’s new election law ending voting at 5:00 p.m., I’ll let the Washington Post’s Four Pinocchios speak for itself,” he said.

“Before spouting out liberal talking points in fear of being the next target on the Left’s list of companies to cancel, these companies should grow a spine and do their homework,” Collins wrote.

“The MLB owes Georgia an apology—as do Abrams and Warnock,” he concluded.