A national coalition of groups representing small businesses launched a campaign advocating for strict antitrust laws and the abolishment of tech monopolies like Amazon.

The effort will call on lawmakers to put stricter measures in place to ensure corporations no longer engage in “abusive tactics,” the groups said Tuesday. The coalition, dubbed Small Business Rising, is made up of several small business groups including the Alliance for Pharmacy Compounding, the American Booksellers Association, the National Office Products Alliance and the National Grocers Association.

“Today it’s harder than ever to grow a business, no matter how great your idea or how hard you work,” the coalition said in a statement on its website. “That’s because monopolistic corporations, backed by Wall Street, have seized control of many industries and are blocking small businesses from competing.”

“Their outsized power threatens to corrupt not only our markets, but also our government,” the statement continued. (RELATED: Nearly Every Lawmaker Overseeing Privacy, Antitrust Issues Received Big Tech Money In 2020: Report) 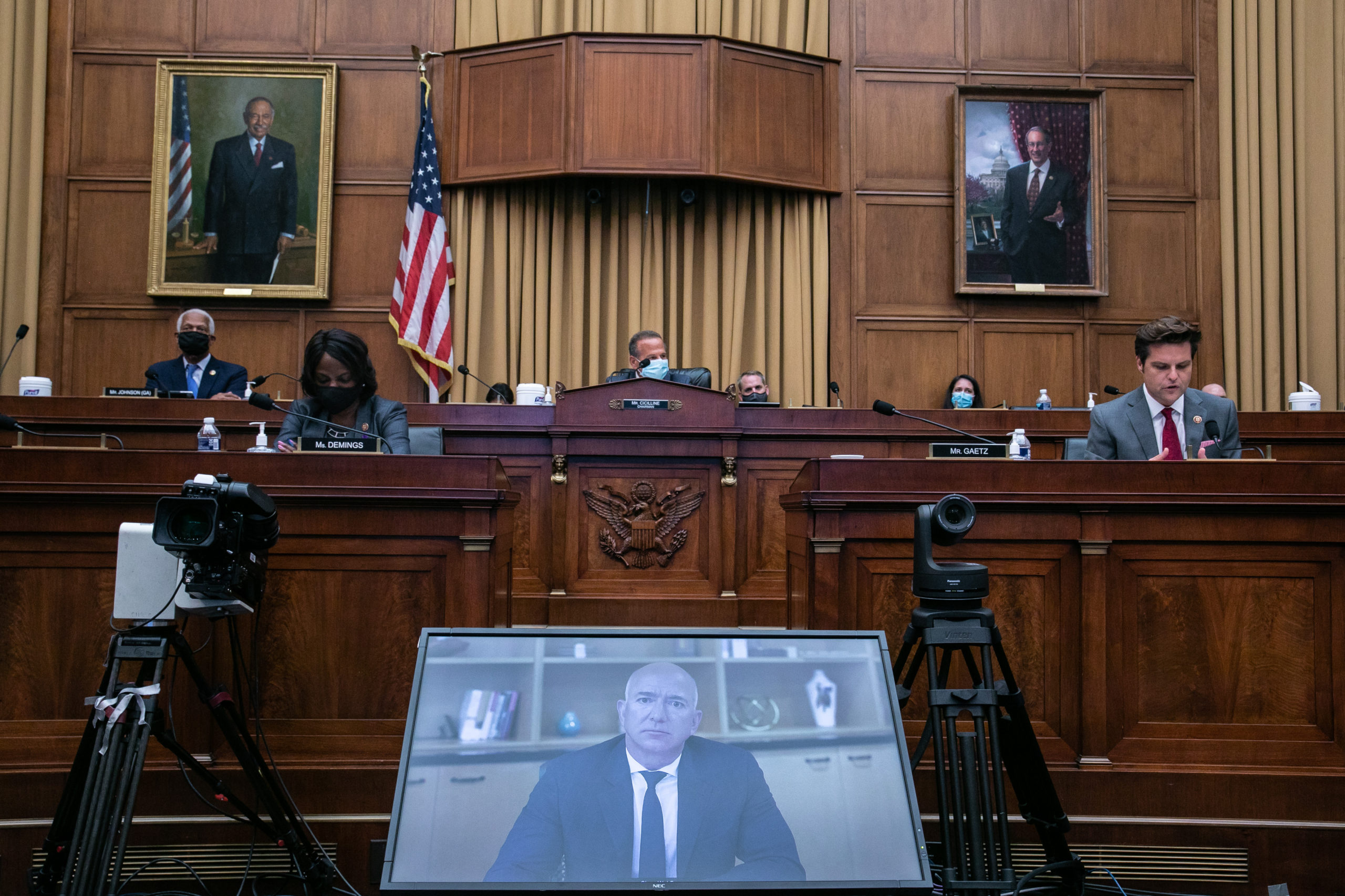 Small Business Rising cited a 15-month House Judiciary Committee investigation released in October, which concluded that Big Tech companies like Amazon, Apple, Facebook and Google must be restructured. The coalition said it agreed with the report’s conclusion and said Congress must break up Amazon.

The groups accused Amazon of using its gatekeeper power to impose huge fees on retailers who sell products in its marketplace. Amazon also allegedly uses a below-cost pricing model to sell its own version of products sold by small businesses, the coalition said.

In addition to its call for Congress to impose stricter antitrust laws and break up Amazon, Small Business Rising demanded that lawmakers outlaw “mega-mergers” and establish rules that create a “level playing field, promote competition, and spur innovation.”

However, Amazon pushed back against the claims, arguing that the coalition’s proposals would constitute a “misguided intervention” in the market, according to The Wall Street Journal.

“Amazon and third-party sellers complement each other, and sellers having the opportunity to sell right alongside a retailer’s products is the very competition that most benefits consumers and has made the marketplace model so successful for third-party sellers,” an Amazon spokesperson told the WSJ.

The coalition’s antitrust campaign was first reported by the WSJ.