A city near California’s capital is using gift cards as an incentive for homeless people in the city to clean up after themselves, CBS 13 reported Wednesday.

The city of Elk Grove, located around 15 miles from Sacramento, is paying homeless people $20 gift cards each time they clean their tents, according to CBS 13.

The project reportedly costs under $10,000 a year to operate, which saves the city money when compared to the cost of regular cleanups, City of Elk Grove Housing and Public Services Manager Sarah Bontrager told CBS 13. 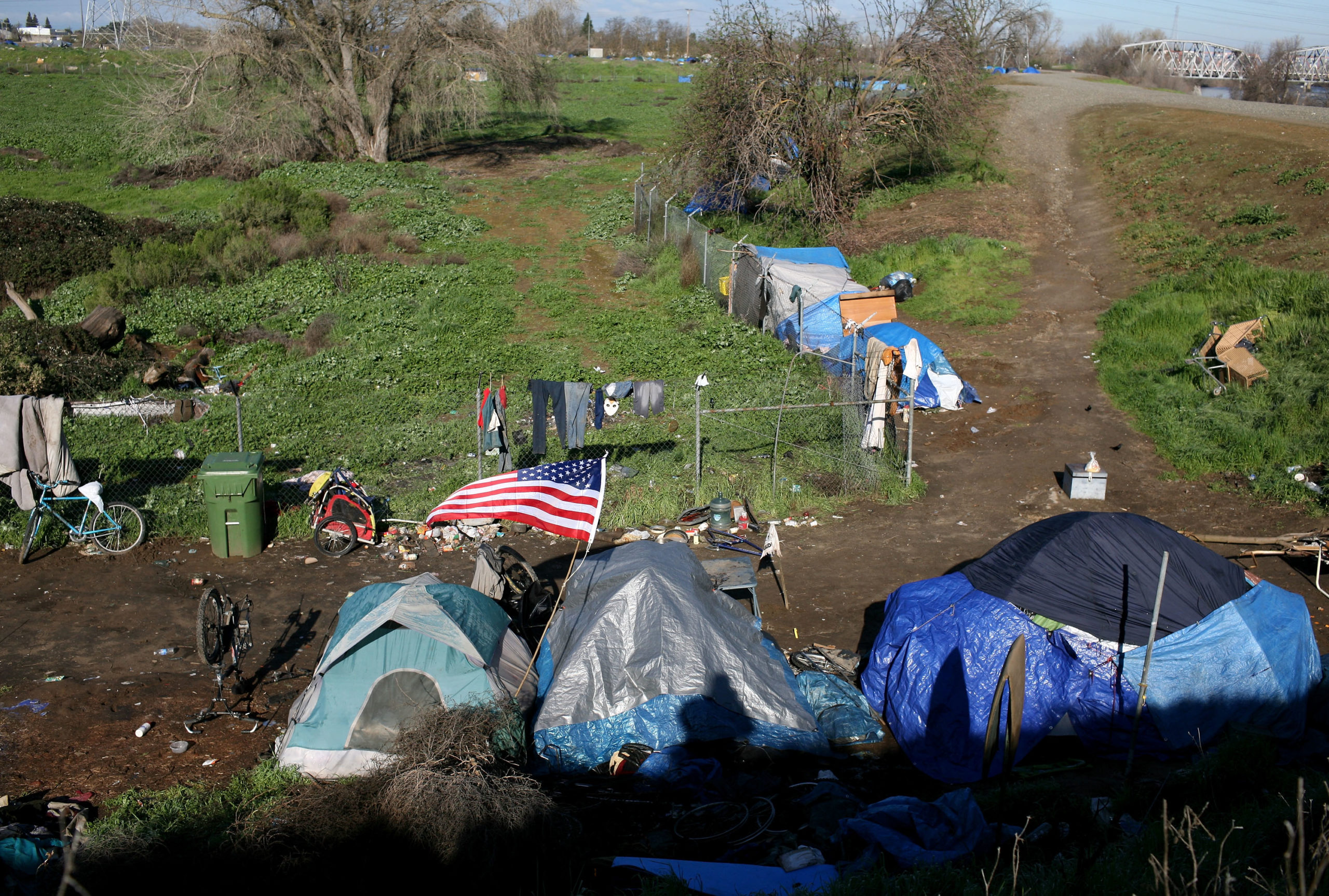 An American flag flies over a tent at a homeless tent city on March 5, 2009 in Sacramento, California. (Photo by Justin Sullivan/Getty Images)

“As far as I know, we are the first,” Bontrager said. “We need to reduce the amount of public complaints that we’re getting.”

“We’d go there, it would just be a massive mess, we’d spend hours just cleaning and cleaning, but now we go there and their bags are ready,” McCue said.

“They actually don’t like to live like this, so having that sense of community and pride keeping their area clean has really shown,” McCue added.

Homeless resident Ashley Ross said she was “shocked” about the effort.

McCue said the initiative has helped develop relationships with the city’s homeless community.

“What we’ve discovered with our incentive program is that we’re actually building relationships. They’re excited when we come every other Wednesday for junk and rubbish cleanups,” McCue told CBS 13.

Bontrager reportedly said other cities have expressed interest in implementing their own similar program after they saw how much the city saved in money and the impact Elk Grove’s program had.

In 2018, Elk Grove City Council declared a homeless shelter crisis stemming from an insufficient number of shelters to house homeless people in, according to the Elk Grove Citizen. 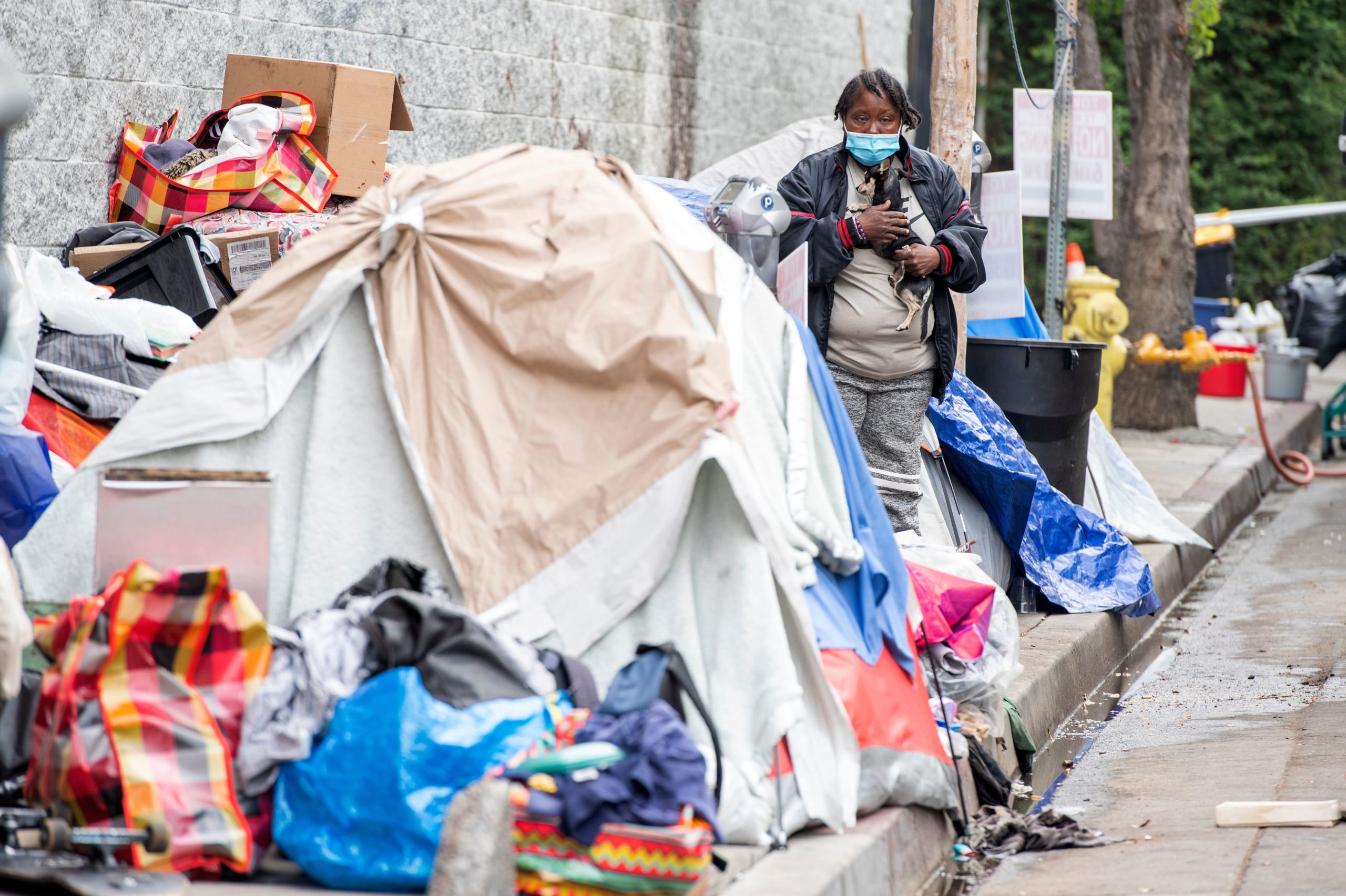 An homeless person and her dog watch during a street cleaning from the Los Angeles Sanitation service on February 8, 2021 in Hollywood, California. (Photo by VALERIE MACON/AFP via Getty Images)