President Joe Biden said that he is “willing to negotiate” with Congress on the corporate tax hikes included in his $2.25 trillion infrastructure plan.

Biden’s proposal — the American Jobs Plan — would primarily be funded by resetting the corporate tax rate at 28 percent, halfway between the current rate established by the 2017 Tax Cuts and Jobs Act and the prior rate, but he signaled an openness to setting a slightly reduced rate after delivering remarks on the package at the White House on Wednesday. (RELATED: Biden Unloads On Republican Opposition To Tax Hikes Funding $2 Trillion Infrastructure Plan)

Numerous Republican lawmakers and even Democratic West Virginia Sen. Joe Manchin have all publicly come out against Biden’s proposal.

“I’m willing to listen to that,” Biden responded when asked by reporters if he’d go “lower” than 28 percent. “I’m wide open, but we’ve got to pay for this. There’s many other ways we can do it, but I’m willing to negotiate that. I’ve come forward with the best most rational way, in my view, the fairest way to pay for it, but there are many other ways as well, and I’m open.” 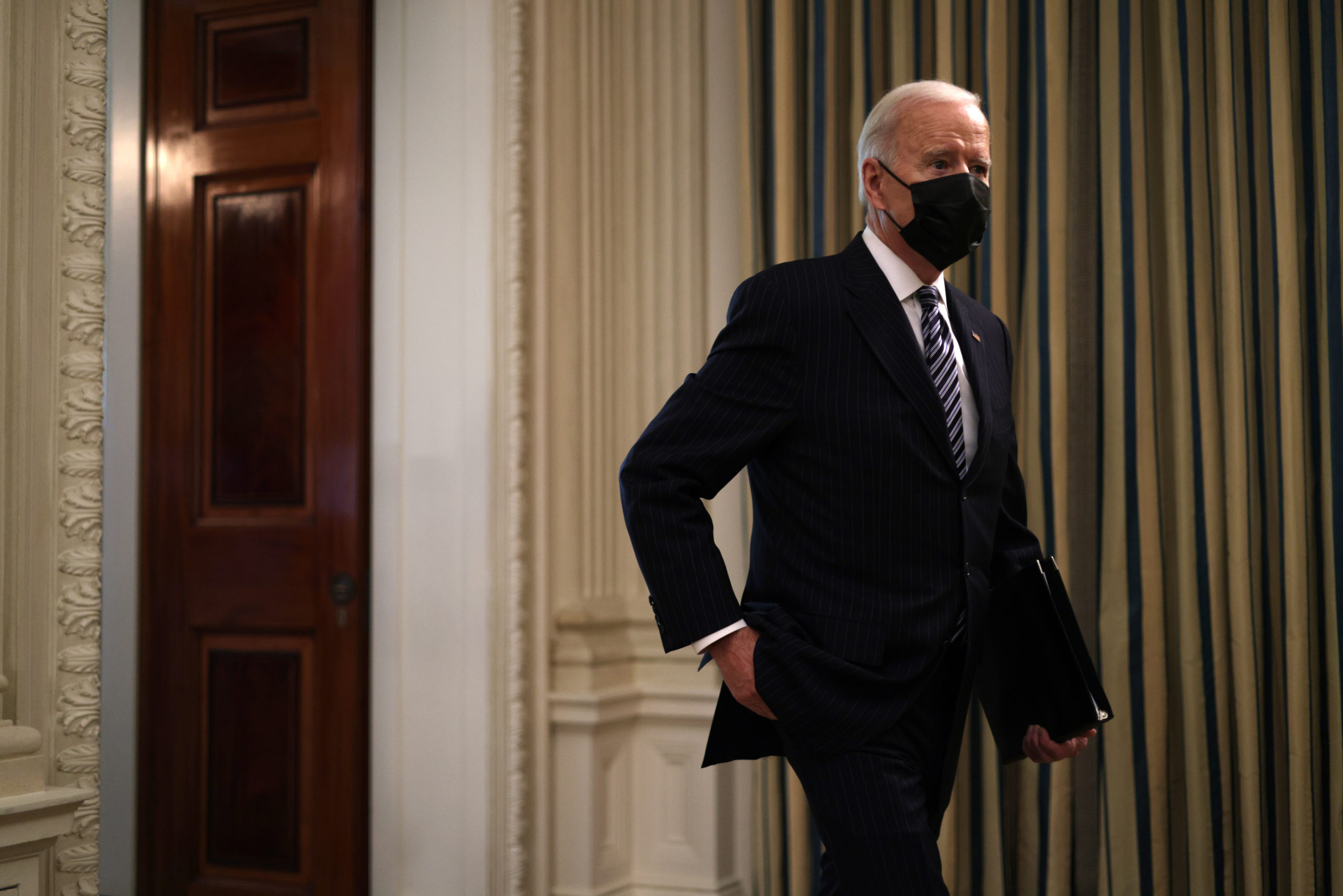 WASHINGTON, DC – APRIL 06: U.S. President Joe Biden arrives to deliever remarks on the state of vaccinations at the State Dining Room of the White House on April 6, 2021 in Washington, DC. President Biden announced that states in the United States should make all adults eligible for COVID-19 vaccine by April 19. (Photo by Alex Wong/Getty Images)

He added that despite offering a counterproposal worth $600 billion, and his willingness to “compromise,” opposition “didn’t move an inch” from their starting offer.

“I’m prepared to work, I really am, but to say the only thing that’s infrastructure is highway, a bridge, or whatever, that’s just not rational,” Biden continued, speaking again about the infrastructure proposal. “I think the vast majority of Americans think that everything from the sewer pipes, the sewer facilities, to the water pipes, I think they’re infrastructure.”

You can watch Biden’s remarks in their entirety below.