Former President Donald Trump’s senior adviser Jason Miller slammed former Speaker of the House John Boehner for his negative comments about Trump in his new book in a Wednesday statement to the Daily Caller.

Boehner, who just released a book titled “On the House: A Washington Memoir,” heavily criticized Trump throughout his book, specifically over his claims of a rigged election, and accused him of inciting the events of the Jan. 6 Capitol riot. Miller responded to the claims, saying Boehner is just defending his relationship with China.

“John Boehner’s criticism of President Trump is simply Boehner defending his business interests in Communist China. Boehner is a Swamp Creature whose crowning achievement was voting to give Most Favored Nation status to Communist China, and when he left Congress, Boehner fittingly went to go work for Communist China’s lobbyists where he continues to sell out American workers,” Miller told the Daily Caller. 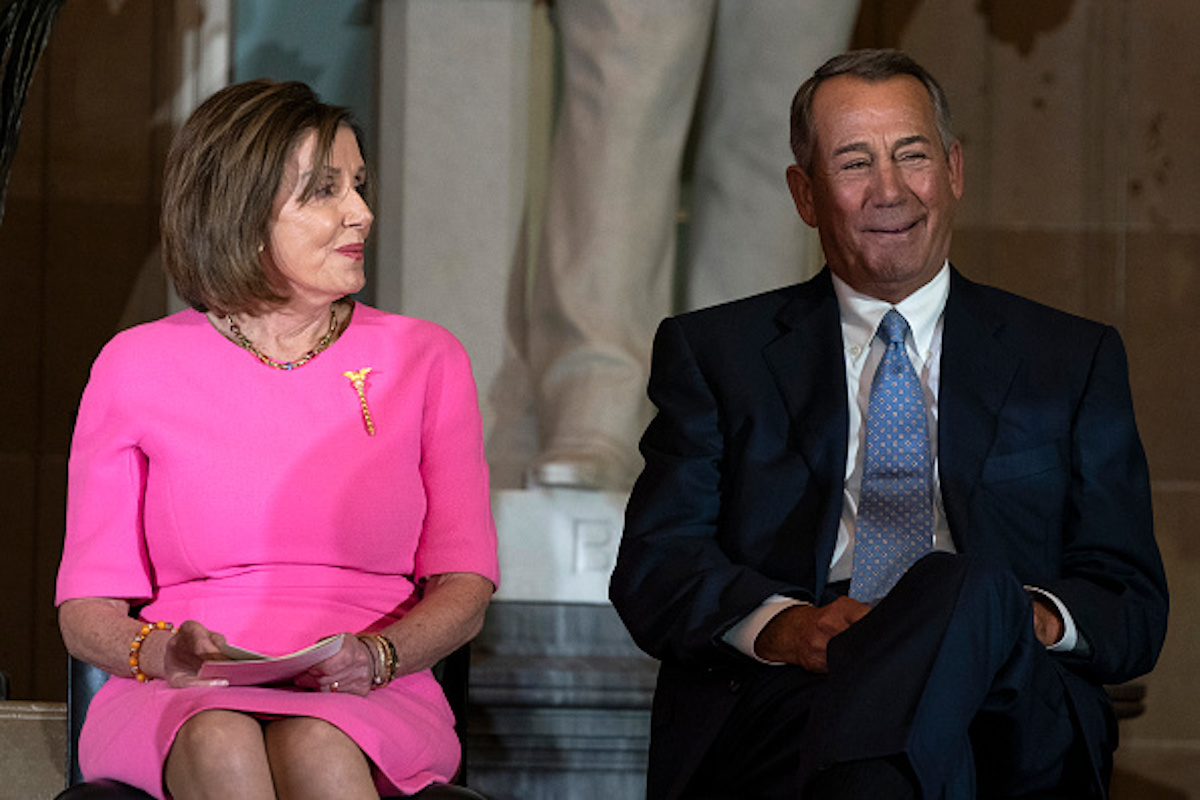 Former House Speaker John Boehner smiles as he sits next to House Speaker Nancy Pelosi (D-CA) during a ceremony to unveil a portrait in his honor in the U.S. Capitol on November 19, 2019 in Washington, DC. (Photo by Alex Edelman/Getty Images)

Trump’s “refusal to accept the result of an election not only cost Republicans the Senate but led to mob violence,” Boehner writes in his book, according to an excerpt obtained by The New York Times. “It was painful to watch.” He also accused Trump of “inciting that bloody insurrection” on Jan. 6 for his own “selfish” political gain.(RELATED: ‘Stoking The Flames Of Conspiracy’: Boehner Rips Into Trump In Upcoming Book, Says He ‘Incited That Bloody Insurrection’)

“I’ll admit I wasn’t prepared for what came after the election – Trump refusing to accept the results and stoking the flames of conspiracy that turned into violence in the seat of our democracy, the building over which I once presided,” Boehner also said in the book. (RELATED: John Boehner Rips Republican ‘Crazy Caucus’ In Preview Of Upcoming Book)

“He claimed voter fraud without any evidence, taking advantage of the trust placed in him by his supporters and ultimately betraying that trust,” Boehner added.

Boehner also criticized a number of other Republicans including Texas Sen. Ted Cruz and said the GOP has been taken over by “whack jobs.”

Boehner joined the lobbying firm Squire Patton Boggs in 2016 after he retired from the House of Representatives the previous year. The firm lobbies on behalf of several foreign nations, including China.