The governor of Arkansas denied allegations that he buckled to corporate pressure when he vetoed a ban on transgender surgeries for minors.

Hutchinson has repeatedly said that he had not spoken with any state corporations about Arkansas’s SAFE Act, which he vetoed Monday. The state legislature voted to override Hutchinson’s veto, making Arkansas the first state to ban transgender surgeries and procedures for minors.

Hutchinson: Corporations ‘Worried About The Image Of Our State’

A National Review story published Wednesday highlighted Hutchinson’s late March remark that “major global corporations” in Arkansas are “worried about the image of our state.” Hutchinson made the comments as he discussed Arkansas’ Fairness in Women’s Sports Act, which he signed into law.

“We’re the home of some major global corporations here in Arkansas, they’re certainly worried about the image of our state,” he said. “But we’re trying to send the signal that you can protect conscience, you can protect girls in sports, without being discriminatory, and trying to say ‘we’re not diverse and tolerant of different lifestyles.’ That’s important for us, as a state, and what we have to achieve as a nation.” 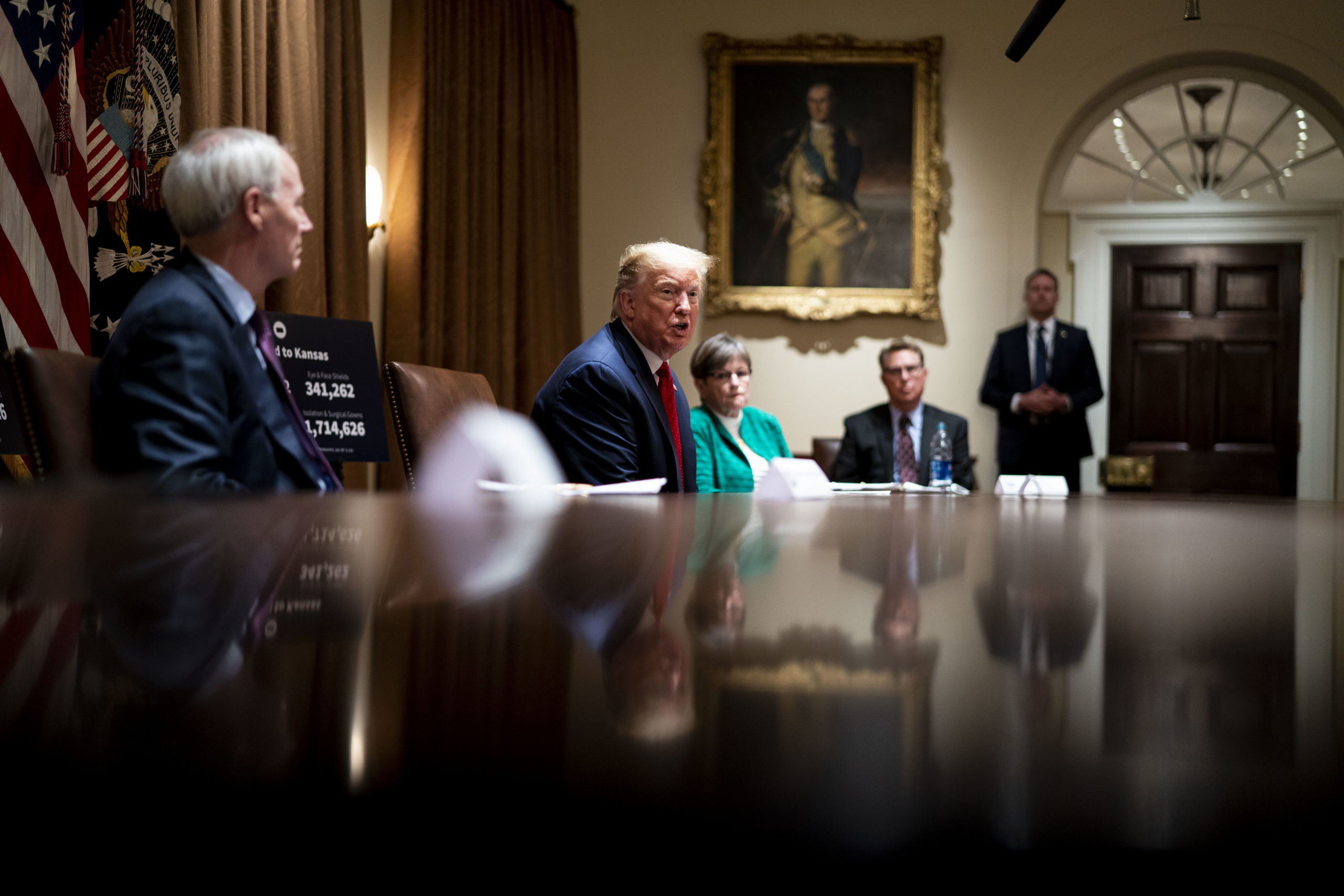 U.S. President Donald Trump makes remarks as he attends a meeting with the Arkansas Governor Asa Hutchinson and Kansas Governor Laura Kelly in the Cabinet Room of the White House May 20, 2020 in Washington, DC. (Doug Mills-Pool/Getty Images)

Beck told the DCNF late Wednesday that the reference was “a general statement that was an observation the Governor made based upon his 6 years as Governor of the state.” (RELATED: Tucker Carlson Criticizes Arkansas Governor: ‘You Have Come Out Publicly As Pro-Choice On The Question Of Chemical Castration Of Children’)

The governor appeared on Fox News’ Tucker Carlson Tonight Tuesday evening to discuss the veto, where Carlson told Hutchinson he was “skeptical that not a single corporation in the state of Arkansas has weighed in with you one way or the other on this bill.”

“I am skeptical,” Carlson said.

WATCH: Tucker Carlson and Arkansas Gov. Asa Hutchinson debate the governor’s decision to veto a bill banning gender surgeries for minors that was later overridden by the Arkansas state legislature.

Gov. Hutchinson says that the bill “invokes the state” in medical decisions. pic.twitter.com/kwzGtTwtle

Beck told the DCNF that “the interview with Tucker Carlson was on a different bill and was made days after the Girls in Sports interview.” The DCNF pressed Beck on these comments Thursday, noting that both bills dealt with transgender issues. Beck re-iterated that the governor did not receive corporate pressure for his veto.

During a Wednesday evening television segment, Tucker Carlson highlighted a statement on the governor’s veto from the grandson of Walmart founder Sam Walton, Thomas Walton, who is a committee chair on the Walton Family Foundation. (RELATED: Here’s How Media Framed An Arkansas Bill Banning Trans Surgeries, Procedures For Minors)

“We are alarmed by the string of policy targeting LGBTQ people in Arkansas,” the statement said. “This trend is harmful and sends the wrong message to those willing to invest in or visit our state. We support Gov. Asa Hutchinson’s recent veto of discriminatory policy and implore government, business and community leaders to consider the impact of existing and future policy that limits basic freedoms and does not promote inclusiveness in our communities and economy.”

“Our nation was built on inalienable rights and strengthened by individual differences,” the statement continued. “Arkansas has been called the land of opportunity because it is a place where anyone can think big and achieve the extraordinary. Any policy that limits individual opportunity also limits our state’s potential.”

The statement came the same day that Hutchinson said that he did not face corporate pressure on Tucker Carlson Tonight.

“The day we spoke to him, in fact, the Walton family endorsed his decision to veto the bill that had passed the legislature — Not just any family, the richest family in the world and of course, the most powerful family in the state of Arkansas,” Carlson said. “They wanted Asa Hutchinson to know that he had done exactly what they wanted him to do.”

“If Walmart is going to sell a lifetime supply of drugs to trans youth, it would be nice if you could veto legislation and any bills like it,” Carlson said, adding that he had spoken with a source who alleged that Hutchinson “would very much like a board seat” at the Walton Family Foundation when he leaves office.

The Walton Family Foundation did not respond to requests for comment from the DCNF.