The number of Americans filing new unemployment claims increased to 744,000 last week as the economy continues to slowly recover from the coronavirus pandemic, according to the Department of Labor.

Roughly 18.2 million Americans continue to collect unemployment benefits, according to the report. (RELATED: Millions Of Americans Are Hungry, Behind On Rent Despite Economic Recovery, Janet Yellen Warns)

“The movement overall is in the right direction,” Mark Hamrick, senior economic analyst at Bankrate.com, told the WSJ. “As we get closer to herd immunity, as restrictions can be lifted — think about dining rooms that can go from 50% to 100% capacity and baseball stadiums that can be 100% instead of 10% — those are things that get us closer to where we were before.” 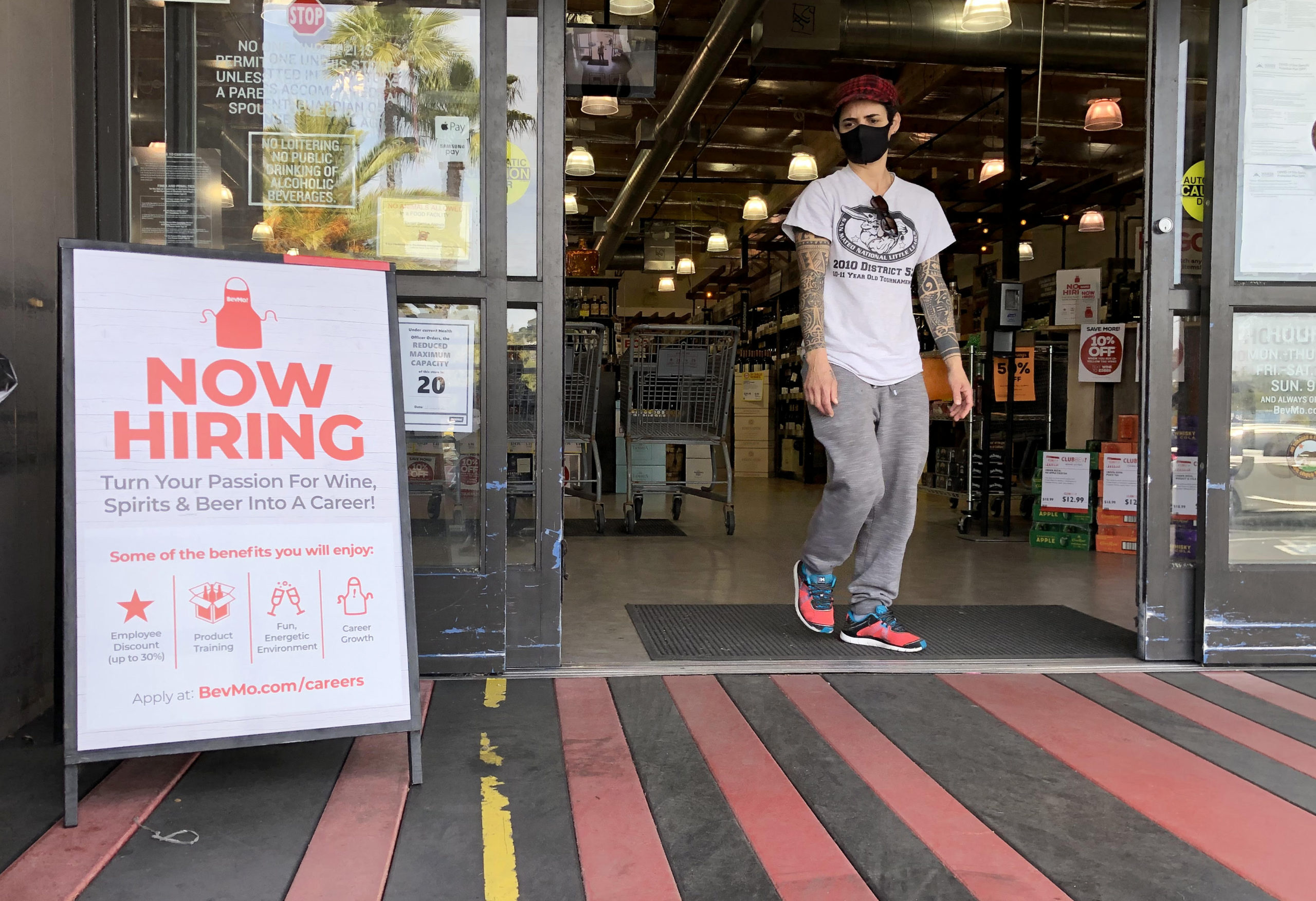 A customer walks by a now hiring sign at a BevMo store on April 2 in Larkspur, California. (Justin Sullivan/Getty Images)

The U.S. economy added a whopping 916,000 jobs in March, a positive sign that the economy is recovering, according to Department of Labor data released last week. The U.S. added 379,000 jobs in February and a modest 49,000 jobs in January.

The Organization for Economic Cooperation and Development (OECD) and International Monetary Fund (IMF) have both been bullish in U.S. economic growth projections. The OECD projected that U.S. gross domestic product would surge 6.5% in 2021 while the IMF expects 6.4% growth.

Average coronavirus cases and deaths per million have declined in the last two months, according to Centers for Disease Control and Prevention. On Wednesday, the U.S. reported 781 new coronavirus-related deaths and 61,258 new cases.