A study from the National Association of Manufacturers (NAM) found that if the corporate tax rate is raised to 28% and should Biden follow through on his campaign promise to repeal certain elements of Trump’s Tax Cuts and Jobs Act (TCJA) then approximately one million jobs could be lost.

During a presidential debate, Biden said he was “going to eliminate the Trump tax cuts.” Biden later clarified he would only repeal parts of the TCJA that pertained to corporations, according to The New York Times.

Treasury Secretary Janet Yellen also reiterated similar remarks, saying Biden “would want to repeal parts of the 2017 tax cuts that benefitted the highest-income Americans and large companies,” according to the NYT.

NAM’s study took into consideration the corporate tax hike as well as several other provisions that were included in the TCJA. As part of the TCJA, Trump repealed the alternative minimum tax, according to CNBC. He also allowed businesses to deduct the full cost of short-term investments rather than over a period of time, according to the Tax Foundation. Trump also implemented a 20% deduction for certain pass-through business income.

Should Biden act in opposite fashion regarding the Trump-era policies, NAM estimates one million jobs could be gone in the next two years.

NAM also found that total employment, measured by how many hours are worked, would initially drop 0.7% before “moderating.”

“The reduction in hours worked would be equivalent to an employment decline of approximately 1 million full-time jobs in 2023. Those jobs would still be gone in 2026 before stabilizing,” the study found. (RELATED: Biden Defends Plan To Raise Corporate Taxes, Says ‘No Evidence’ It Would Hurt Economy)

“The conclusion of this study is inescapable – following through with tax hikes that give other countries a clear advantage will mean far fewer jobs created in America,” NAM said. 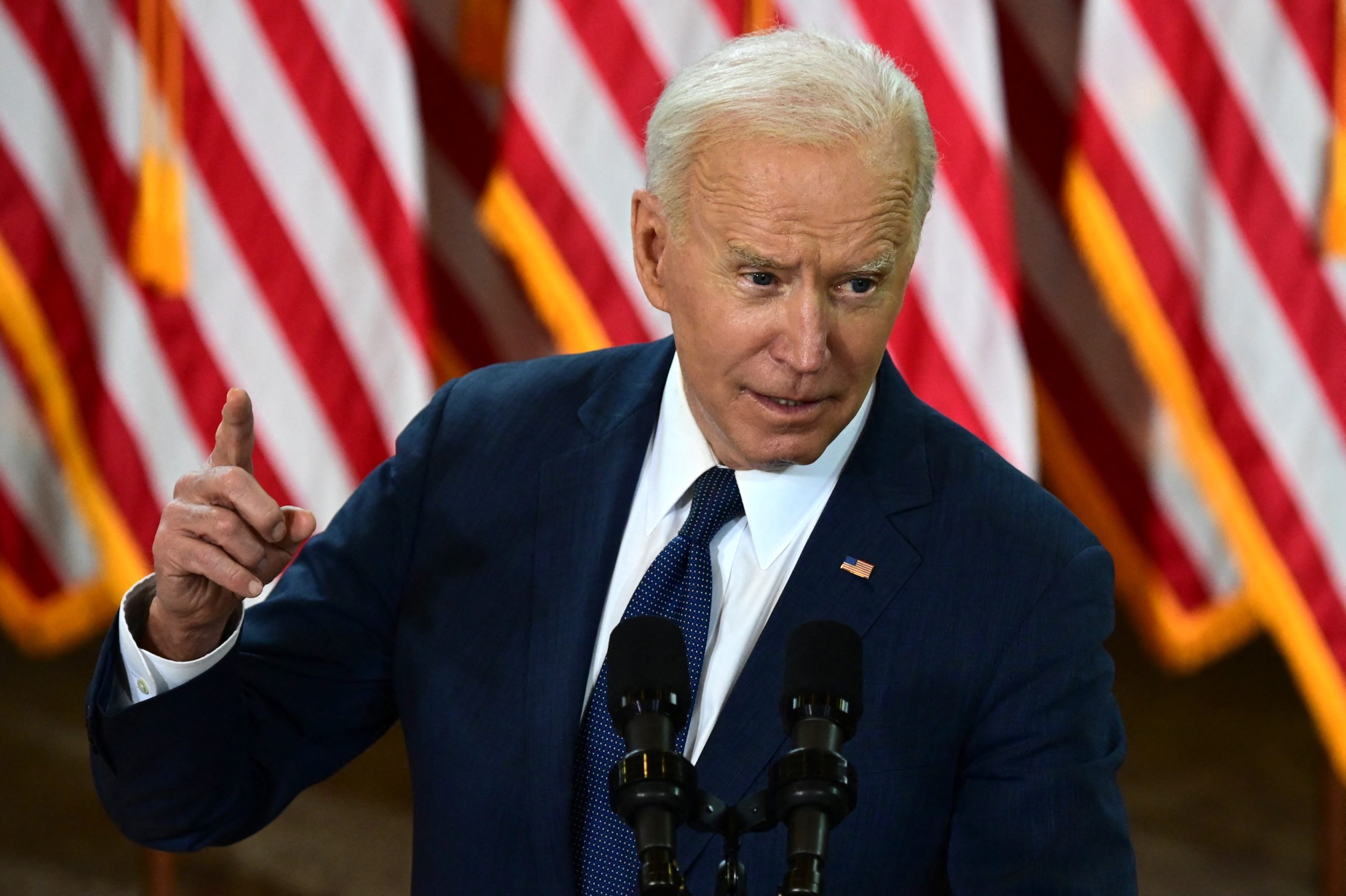 Another analysis conducted by the Penn Wharton Budget Model, however, found the corporate tax raises would actually increase revenues by $2.1 trillion over the next 10 years. Those estimates are at the lower end of what could be raised, according to the study. The study also found, however, Biden’s plan would also spend $2.7 trillion.

Biden’s nearly $2 trillion infrastructure plan is partially paid for by raising the corporate tax rate to 28%, up 7% from the previous rate of 21% set by former President Donald Trump in 2017.