Republican Florida Rep. Matt Gaetz’s female staffers released a statement Thursday defending their boss after he denied accusations of having a sexual relationship with a 17-year-old girl.

Gaetz’s chief of staff, Jillian Lane Wyant, sent out an email with the statement which defended Gaetz’s behavior and said they have never experienced the Congressman doing anything unprofessional and that they will continue to defend him despite the allegations. The Daily Caller was told the entire office signed the statement, which includes all eight women who work for Gaetz.

“After the shocking allegations last week in the press, we, the women of Congressman Matt Gaetz’s office, feel morally obligated to speak out. During Congressman Gaetz’s time in office, we have been behind the scenes every step of the way. We have staffed his meetings. We have planned his events. We have traveled with him. And we have tracked his schedule,” the statement reads.

The New York Times reported that the Justice Department is investigating whether Gaetz had a sexual relationship with a 17-year-old girl. Gaetz reportedly showed other lawmakers photos and videos of nude women and talked about having sex with them, according to a CNN piece published on April 1. Some of the incidents reportedly happened on the House floor.

“Congressman Gaetz has always been a principled and morally grounded leader. At no time has any one of us experienced or witnessed anything less than the utmost professionalism and respect. No hint of impropriety. No ounce of untruthfulness. In our office and under Congressman Gaetz’s leadership, women are not only respected, but have been encouraged time and time again to grow, achieve more, and ultimately, know our value,” they continued in the statement. 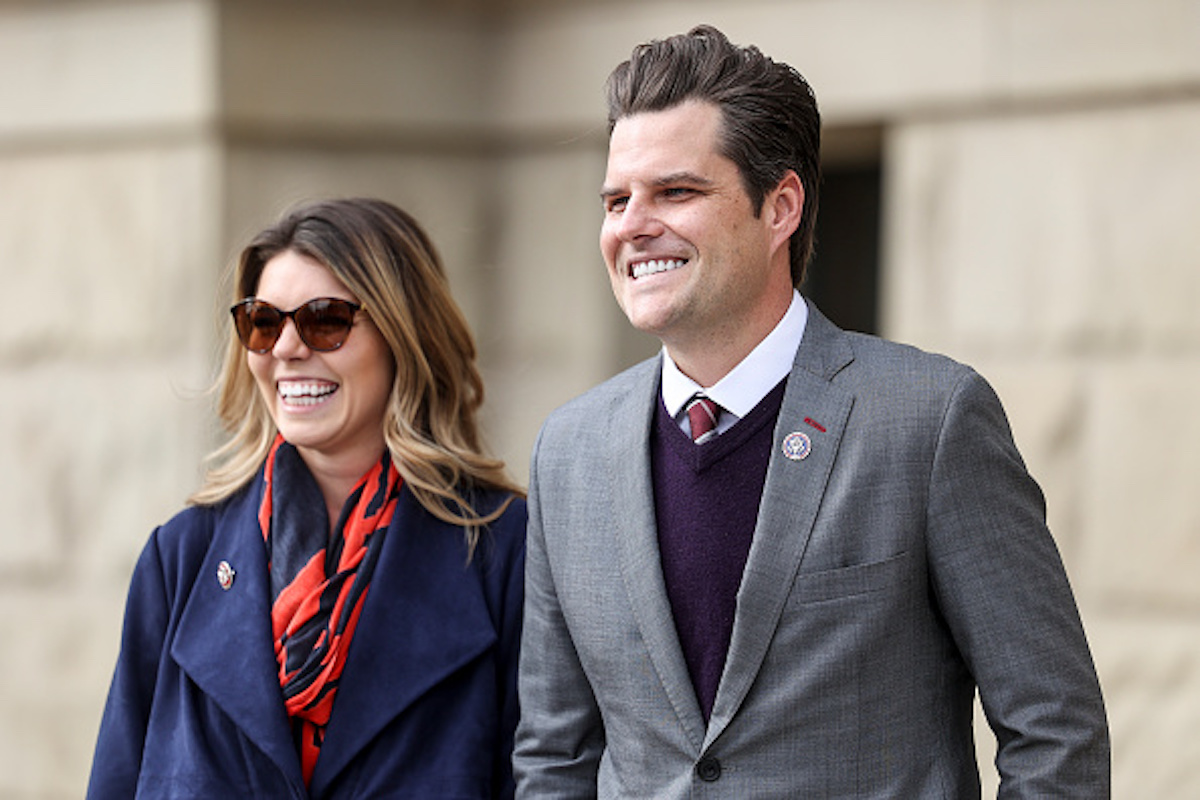 Rep. Matt Gaetz (R-FL) walks with his fiancee Ginger Luckey before speaking to a crowd during a rally against Rep. Liz Cheney (R-WY) on January 28, 2021 in Cheyenne, Wyoming. (Photo by Michael Ciaglo/Getty Images)

“Many of us started in entry-level positions and have been promoted to positions of leadership within the office. In our professional ecosystem, women are given every opportunity to advance and utilize our talents to help the country in the best possible way. On every occasion he has treated each and every one of us with respect,” they added. (RELATED: Trump Says Rep. Gaetz Never Asked Him For Pardon)

Gaetz’s staffers said they believe the allegations against him are false and that they will continue to stand up for him and will not be silent. On Friday, Gaetz’s communications director Luke Ball resigned. One Hill source familiar with the decision told the Daily Caller that Ball struggled with the choice to depart and did not want to bring further criticism on the congressman, but thought it best to part ways. (RELATED: Matt Gaetz’ Communications Director Resigns Amid Sexual Allegations Scandal)

“Thus, we uniformly reject these allegations as false. Congressman Gaetz will continue to lead by example and stand for the people of America who have been maligned by the liberal elite. And we will stand with him. While we recognize the scrutiny we will face for making this decision, we take comfort in the hope that more Americans and elected officials will stand up and refuse to remain silent,” the statement concluded.

Gaetz has continued to deny any wrongdoing.