Whitmer said that the two-week pause is not a mandate, but encouraged Michigan residents to voluntarily participate in order to slow the spread of coronavirus in the state, according to the Detroit Free Press. (RELATED: There Are Anthony Fauci Pillows Now, And Gov. Whitmer Really Wants You To Know She Has One)

Michigan has seen a spike in coronavirus cases since the beginning of March. Thursday, there were 8,727 new reported cases and a seven-day average of 7,234 new cases according to the New York Times. 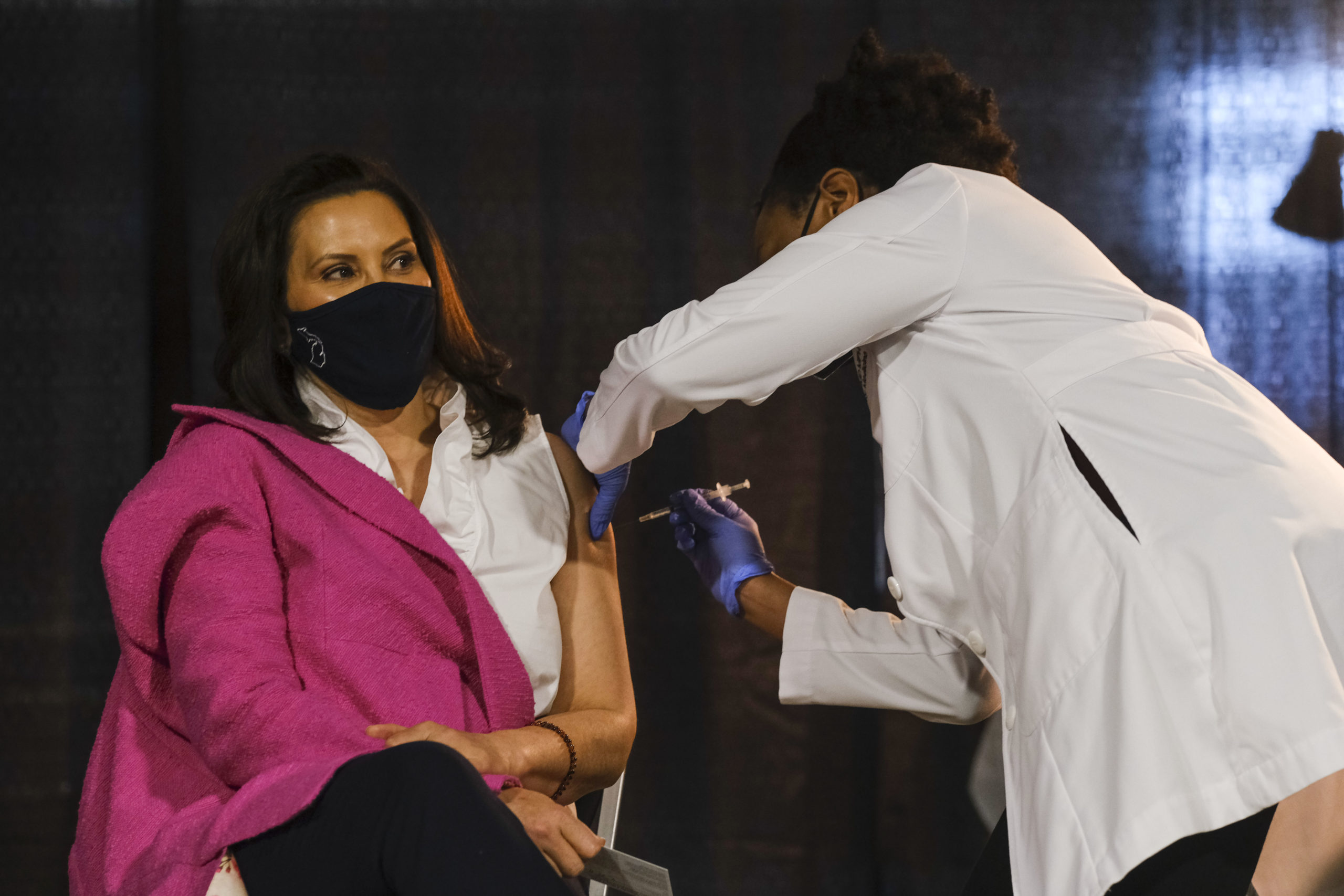 Michigan Governor Gretchen Whitmer receives a dose of the Pfizer Covid vaccine at Ford Field during an event to promote and encourage Michigan residents to get the vaccine on April 6, 2021 in Detroit, Michigan. As the US reaches a milestone in vaccinations, a surge of new Covid-19 cases has swept through the US with Michigan seeing the highest numbers of new cases. (Photo by Matthew Hatcher/Getty Images)

“We all know what works, and this has to be a team effort,” she said during the news conference, according to the report. “We have to do this together – lives depend on it.”

“This is my ask to you, the people of Michigan. Please redouble your efforts on these fronts for the next couple of weeks.” (RELATED: Michigan GOP Lawmakers Demand Investigations Into Whitmer’s Handling Of Nursing Homes As Cuomo Scandal Unfolds)

The governor also confirmed that she had spoken with President Joe Biden Thursday night, the Detroit Free Press reported. She asked the federal government to send more doses of the Johnson & Johnson vaccine – which only needs one dose as opposed to two – to states that are seeing a rise in coronavirus cases, including Michigan.

“As always, it was a good conversation,” Whitmer said of her call with Biden. “I made the case for a surge strategy. At this point, that’s not being deployed. But I’m not giving up.”