A group of nearly 100 House progressives compiled a list of infrastructure priorities that included a pathway to citizenship, affordable housing investments and Medicaid funding.

The Congressional Progressive Caucus (CPC) announced its objectives in an internal memo obtained by Politico on Friday. The five priorities, which were compiled by surveying the caucus’ 95 members, represent major progressive demands that aren’t closely related to infrastructure.

“We agree that it’s time for transformative change and we look forward to working with the Biden Administration to expand on their proposal and ensure that the American Jobs Plan goes big to truly meet the needs of the public,” Democratic Rep. Pramila Jayapal, who chairs the caucus, told Politico in a statement. (RELATED: ‘The Definition Of A Corporate Democrat’: Cenk Uygur Says Progressives Must Push Biden To ‘A Halfway Decent Place’) 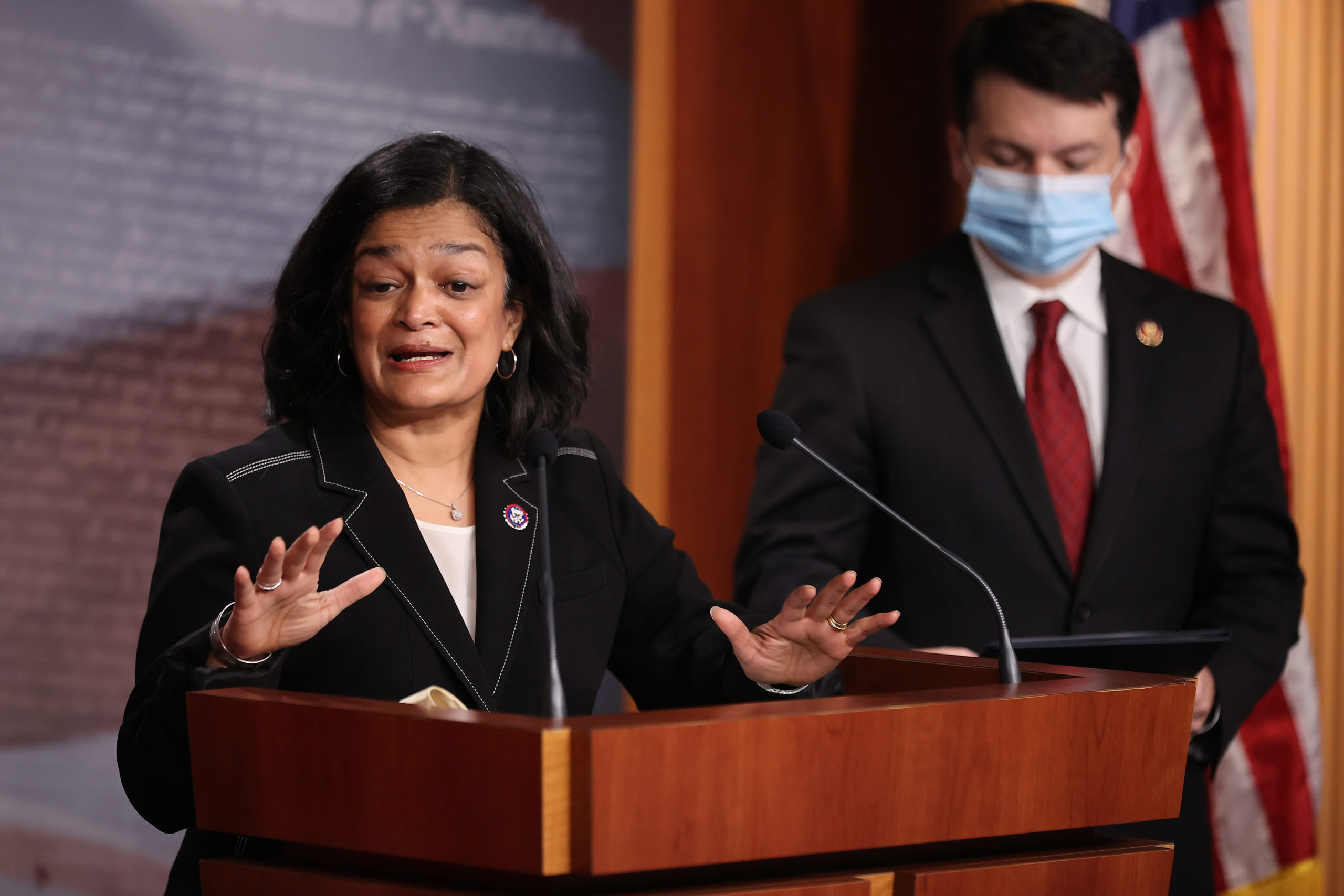 The caucus’ list also says Congress should mandate lower prescription drug prices, capping them at the average cost in comparable Western nations and expanding the number of drugs that are eligible for negotiation, according to Politico. The CPC list included a series of climate change proposals like creating a climate jobs program and establishing a national clean energy standard.

The CPC’s final infrastructure priority is that immigrant essential workers, who have temporary protected status or are Dreamers, are granted a pathway to citizenship, according to the memo obtained by Politico.