The House Ethics Committee upheld two fines Monday against Republican Georgia Rep. Andrew Clyde, worth a total of up to $15,000, for bypassing metal detectors before walking on the floor.

The House installed magnetometers in early January and requires all members of Congress to walk through them before entering the House of Representatives chamber after rioters supporting Trump stormed the U.S. capitol, committing acts of vandalism and violence. Clyde did not deny breaking the rules in a Monday statement, but criticized Speaker of the House Nancy Pelosi for implementing the rule, saying it is unconstitutional and that he will be challenging the resolution.

“I recently learned that the formal appeal of my fines incurred as a result of refusing to comply with Speaker Nancy Pelosi’s unconstitutional placement of metal detectors at the entrance to the floor of the House of Representatives was rejected. This now provides the legal standing which I needed to challenge this unconstitutional resolution,” Clyde said in a statement. 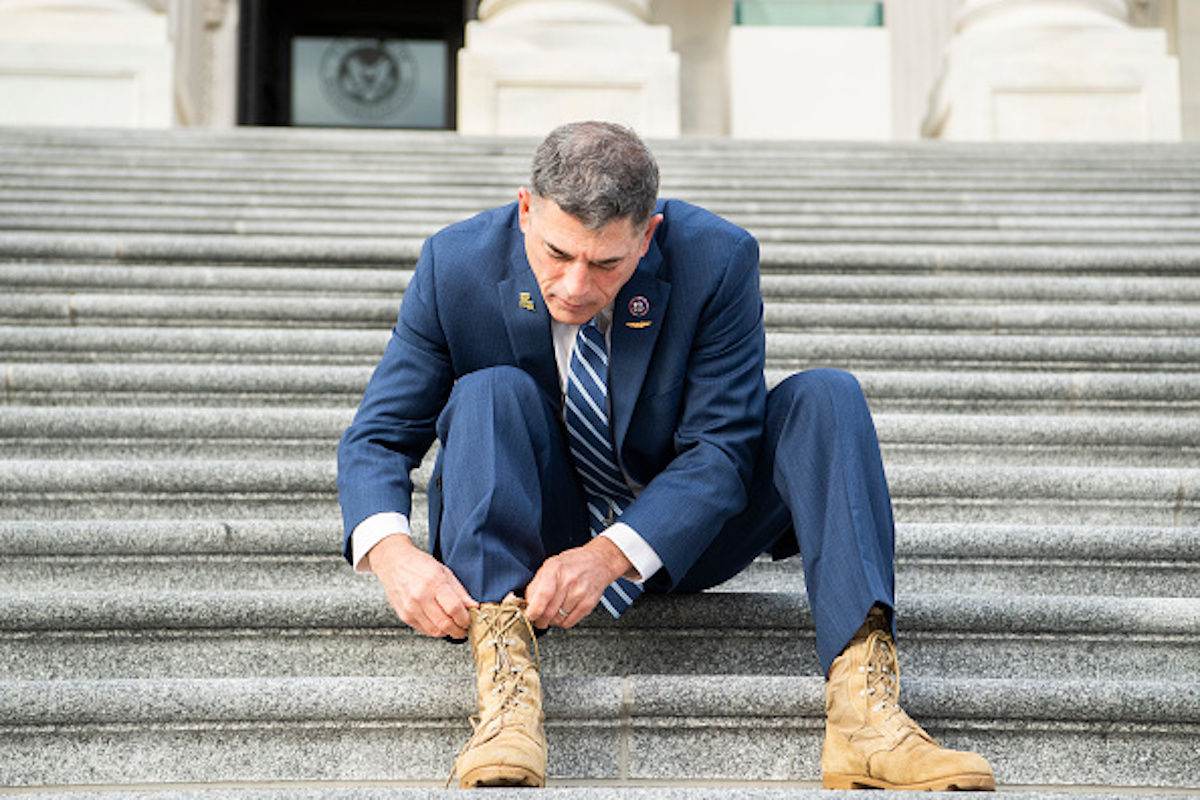 Rep. Andrew Clyde, R-Ga., a Navy veteran, laces up combat boots after a group photo with freshmen members of the House Republican Conference on the House steps of the Capitol on Monday, January 4, 2021. (Photo By Tom Williams/CQ-Roll Call, Inc via Getty Images)

“Another aspect that greatly concerns me is the unequal enforcement and selective manner these fines have been implemented, as noted in House Administration Ranking Member Rodney Davis’ letter to Acting Sergeant at Arms Timothy Blodgett on February 10, 2021, which alleges the existence of closed-circuit footage showing Speaker Pelosi bypassed her own screening procedures. While my team and I continue to await an announcement of a fine levied on the Speaker, we are preparing for the next stage of this fight. I will take my case to federal court where I am confident justice will be served,” he added.

A group of Republicans sent a letter to the Sergeant at Arms in February which claims Pelosi broke House rules by walking around the metal detectors before walking on the floor. (RELATED: House Republicans Say Pelosi Broke Her Own Rules And Bypassed Metal Detectors, Demand She Be Fined)

Members of Congress are required to pay the fines from their official congressional salaries and are not allowed to use campaign funds, The Hill reported. The fines can be appealed to the House Ethics Committee. They then have 30 days to come up with a decision. A majority of the committee would have to agree to the appeal.