President Joe Biden nominated long-time defense official Christine Wormuth to be the Secretary of the Army on Monday, making her the first woman to hold the post if confirmed.

Biden made the nomination among a suite of others announced Monday afternoon, including nominations for the head of the Drug Enforcement Administration and other Defense Department roles. Wormuth has previously served in President Barack Obama’s defense department and currently works as the director of the International Security and Defense Policy Center at the RAND Corporation, according to the White House. (RELATED: Biden Appears To Forget The Name Of Defense Secretary Lloyd Austin)

“Christine is a true patriot with a dedicated career in service to America and our nation’s security. As the former Under Secretary of Defense for Policy, Christine advanced the department’s counter-ISIS campaign and the rebalance to Asia, and her deep expertise will be critical in addressing and determining today’s global threats, including the pacing challenge from China and nation-state threats emanating from Russia, Iran, and North Korea,” Defense Secretary Lloyd Austin said in a statement to reporters. 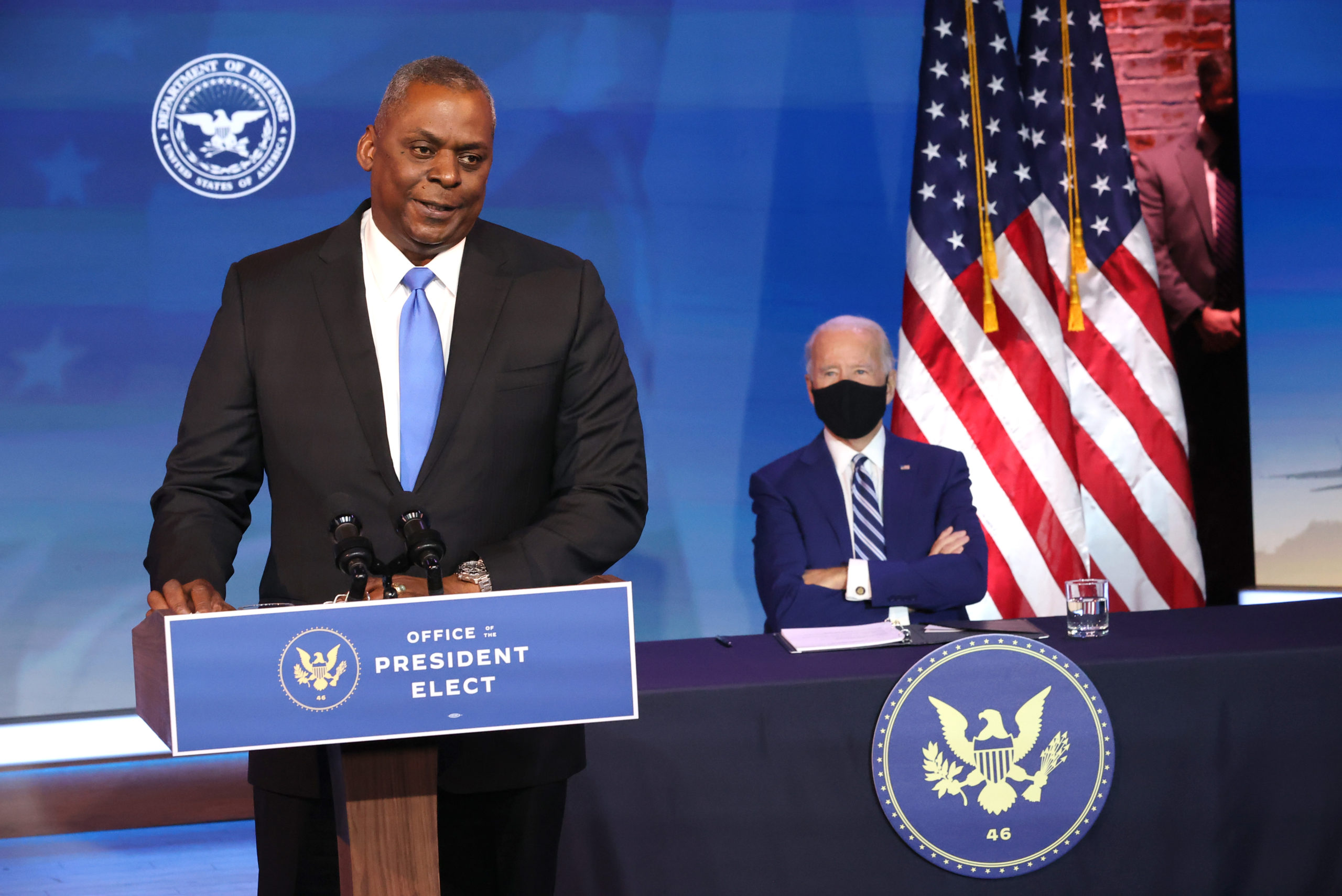 WILMINGTON, DELAWARE – DECEMBER 09: U.S. Army (retired) General Lloyd Austin (L) speaks after being formally nominated to be Secretary of the Department of Defense by U.S. President-elect Joe Biden (at the Queen Theatre on December 09, 2020 in Wilmington, Delaware. The only African-American to have headed U.S. Central Command, Lloyd Austin, 67, is a four-star general who was in charge of American forces in Iraq from 2010 to late 2011. (Photo by Chip Somodevilla/Getty Images)

“Wormuth served as Under Secretary of Defense (Policy) during the Obama-Biden Administration, the third most senior civilian position in the Department of Defense, advising two Secretaries of Defense on the full range of foreign policy and national security issues.  She also served as the senior director for defense policy on the National Security Council, helping shape the 2012 Defense Strategic Guidance that began rebalancing the military toward the Indo-Pacific,” Biden’s announcement read. (RELATED: US Sanctions 24 Officials Over China’s Latest Crackdown On Hong Kong)

Wormuth would join Biden’s DOD as it is working to restructure the U.S. military away from Middle-East style warfare and toward combating near-peer powers like Russia and China. Biden and Austin created a task force at the Pentagon to review U.S. force posture as it relates to China and supply recommendations for changes.

China has become increasingly aggressive in both its talks with the U.S. and its military action in the South China Sea and around Taiwan.

While Biden has adopted a less aggressive line against China than his predecessor, his policies and goals mirror those of former President Donald Trump. Defeating China’s goals on the global stage appears to a bipartisan issue in the U.S., with politicians only disagreeing on how pressing the issue is.