The U.S. government’s budget deficit ballooned to $660 billion in March, marking a 454% increase compared to last year and the third-largest monthly deficit ever recorded.

The federal government spent $927 billion while reporting revenue of $268 billion in March, Treasury Department officials said Monday, according to The Washington Post. The U.S. deficit for the first six months of fiscal year 2021, which began in October, reached a massive $1.7 trillion.

The huge deficit surge was largely caused by Democrats’ $1.9 trillion coronavirus stimulus package that was passed and signed into law in March, according to the Post. At the current rate of spending, the U.S. deficit is on track to surpass $3.1 trillion, the annual deficit record that was set last year. The third-biggest annual deficit was set during the Great Recession in 2009 when U.S. spending surpassed revenue by $1.4 trillion.

“Unemployment insurance, refundable tax credits, and the Small Business Administration’s Paycheck Protection Program accounted for most of the increase—both from March to March and from last fiscal year to this one,” the Bipartisan Policy Center said in a statement Monday. (RELATED: 4 Million Americans Aren’t Seeking Work Due To Fear Of COVID-19) 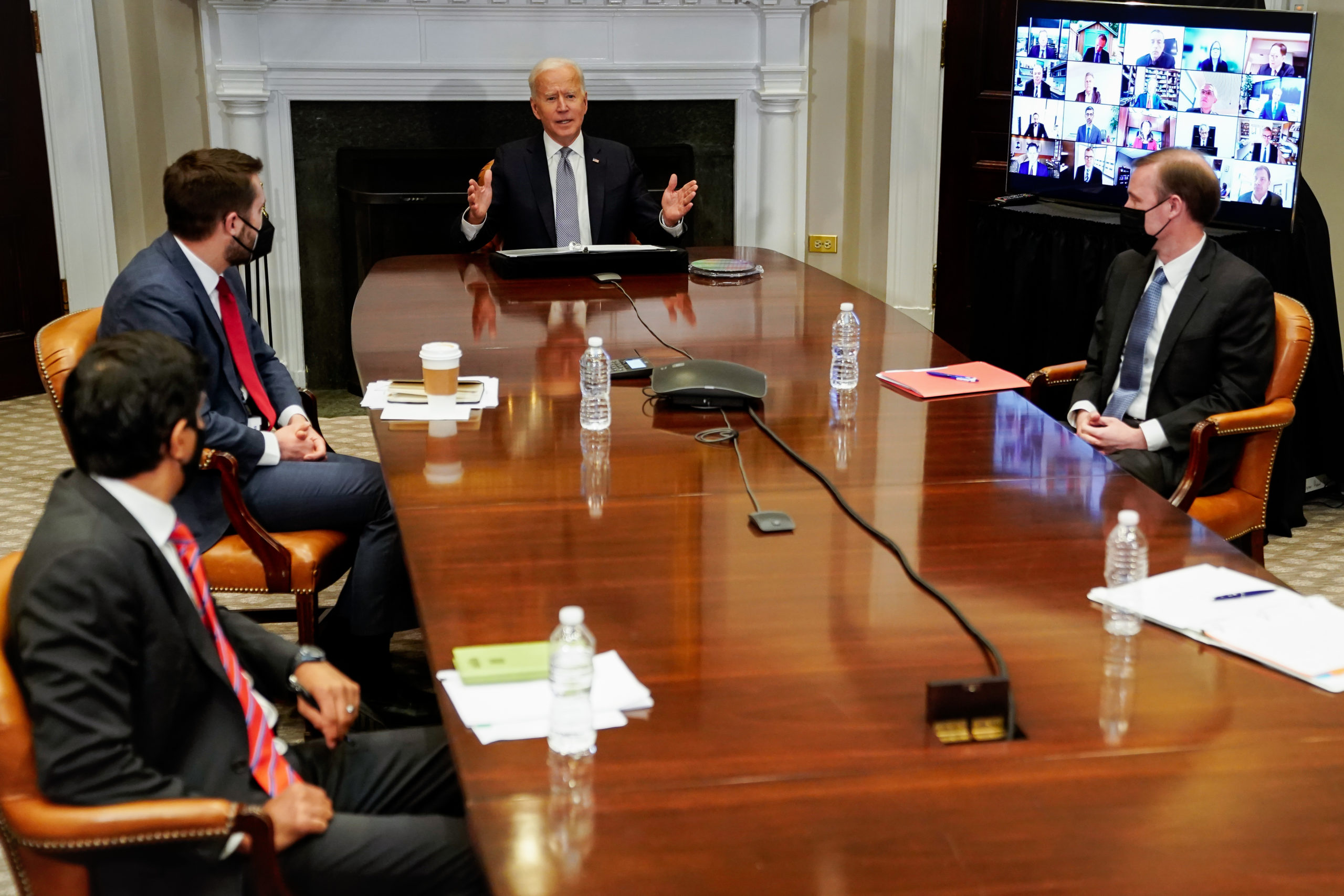 During the pandemic, Congress has allocated $6 trillion for the pandemic relief effort, according to the Committee for a Responsible Budget. Roughly $2.3 trillion still hasn’t been spent.

Treasury officials noted Monday that some funding from the March 2020 Coronavirus Aid, Relief, and Economic Security Act hasn’t been spent yet, the Post reported.

Federal Reserve Chair Jerome Powell said Sunday that the federal debt was on an “unsustainable” path during an interview with CBS News. But, he added that the economy must fully recover before the government can address the debt. (RELATED: Business Groups Denounce Biden’s ‘Dangerously Misguided’ Infrastructure Plan)

“This is going to be a big deficit year because we were already running substantial deficits and passed a $1.9 trillion bill,” Marc Goldwein, an expert at the Committee for a Responsible Budget, told the Post. “This is not higher than expected. It’s what you’d expect with a $1.9 trillion stimulus on top of a structural deficit.”

Meanwhile, President Joe Biden has shifted his focus to passing his $2 trillion plan to revamp the nation’s infrastructure, which the White House said would create millions of new jobs. The Biden administration said increasing the corporate tax rate from 21% to 28% would pay for the ambitious plan.