The labor union that organized a failed unionization campaign for warehouse workers at Amazon’s fulfillment center in Bessemer, Alabama, vowed to file labor charges against Amazon in an attempt to trigger a second vote.

In the immediate aftermath of the failed effort, the Retail, Wholesale and Department Store Union (RWDSU) promised to file a challenge with the National Labor Relations Board (NLRB), alleging that Amazon had employed intimidation tactics and unfair labor practices throughout the unionization election. Organizers hope that the labor board will nullify the results of the election and order a redo election.

“People should not presume that the results of this vote are in any way a validation of Amazon’s working conditions and the way it treats its employees,” RWDSU President Stuart Appelbaum said during a press conference Friday. “Quite the contrary: The results demonstrate the powerful impact of employer intimidation and interference.”

“We will be calling on the labor board to hold Amazon accountable for its egregious behavior during the campaign,” Appelbaum said. (RELATED: Amazon Warehouse Workers Overwhelmingly Reject Unionization Bid, Organizers Cry Foul)

The NLRB reported Friday that 1,798 workers voted against unionization while just 738 voted in favor. Roughly half of the warehouse’s 5,876 employees cast ballots in the election, which took place via mail. 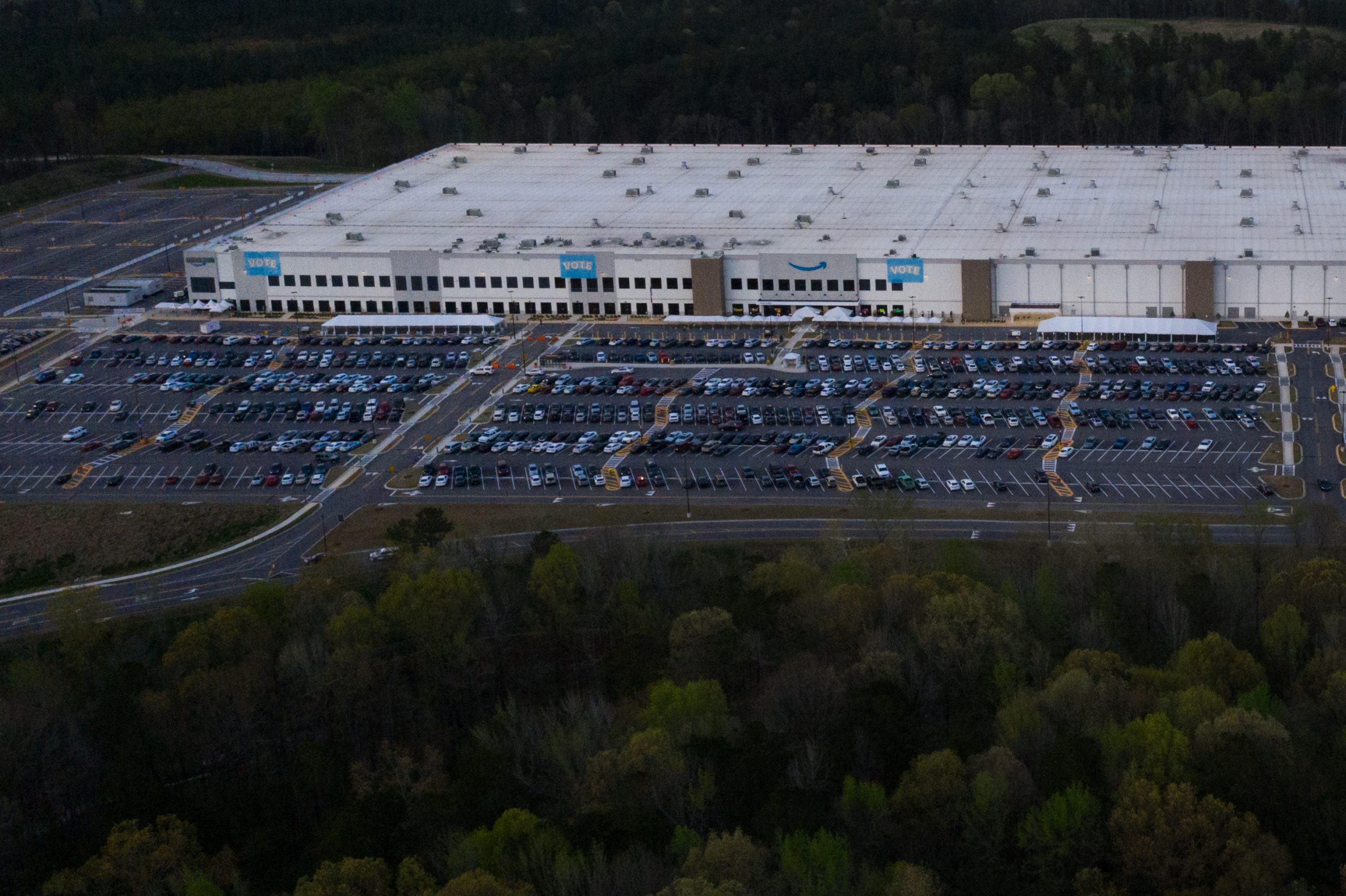 Appelbaum accused Amazon of lying to workers and unleashing a barrage of anti-union messages. The company brought in “union busters” to walk the warehouse floor, speaking with employees about the vote, and bombarded workers with signs in the facility and text messages to their phones after work, according to Appelbaum.

“They flooded the internet, the airwaves and social media with ads spreading misinformation,” Appelbaum said.

Throughout the election, critics had accused Amazon of improperly attempting to interfere in the union vote with tactics such as posting anti-labor posters in the facility’s bathrooms. The company introduced an initiative to pay $1,000 to unhappy workers to quit, which critics said was an attempt to bribe pro-union workers to leave, The Washington Post reported.

It emerged Thursday that Amazon urged the U.S. Postal Service to install a ballot mailbox on the Bessemer warehouse’s property, The Washington Post reported. Union elections are usually conducted in person, but due to the pandemic, the election was conducted by mail-in ballots. 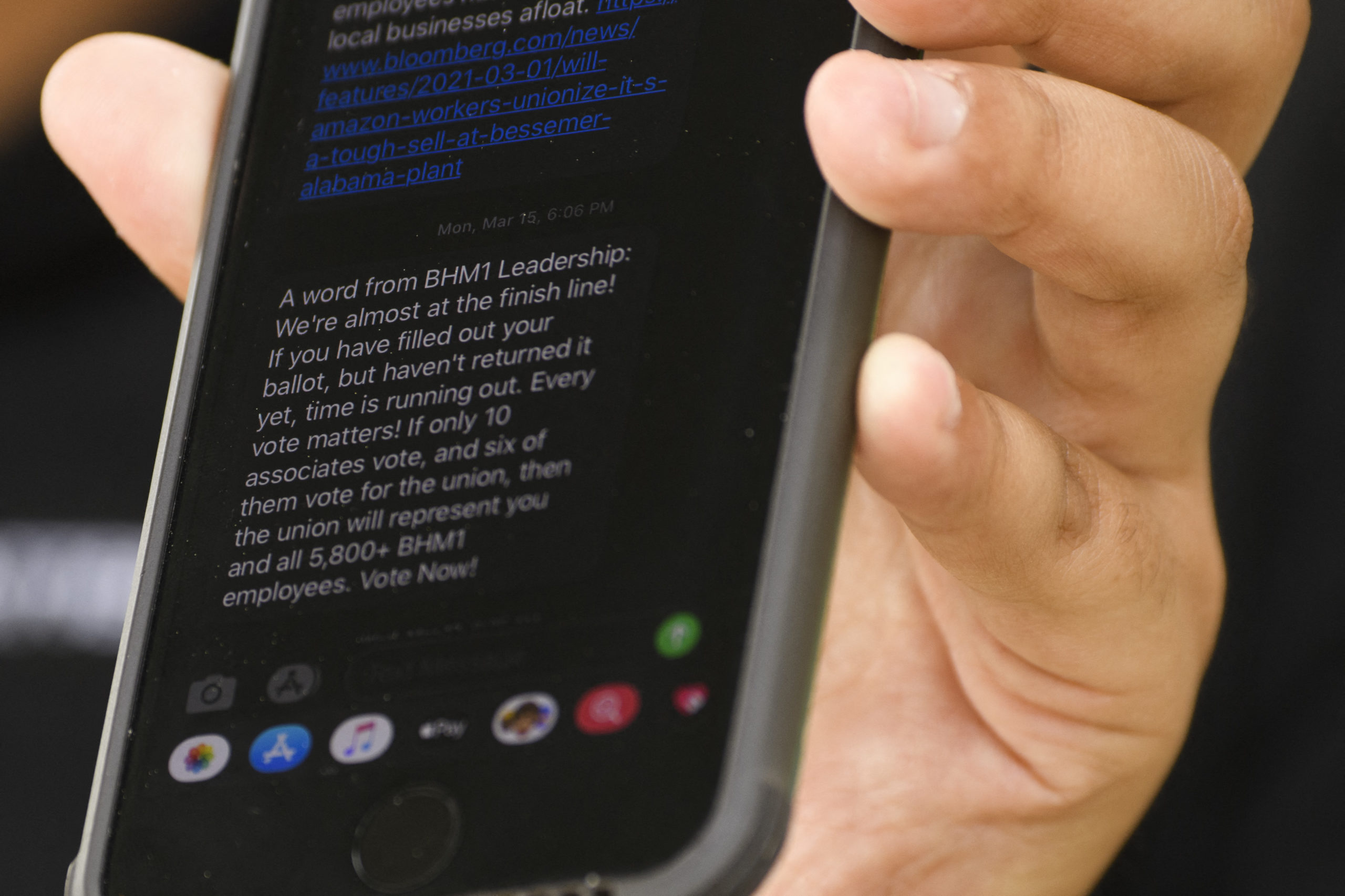 A person holds a phone showing a text message from Amazon leadership in March regarding the unionization vote in Bessemer, Alabama. (Patrick T. Fallon/AFP via Getty Images)

Appelbaum said the dropbox was an intimidation tactic to get workers to vote against unionizing. (RELATED: Historic Amazon Unionization Vote Ends This Week. Here’s Why Amazon Likes Its Chances)

“We said from the beginning that we wanted all employees to vote and proposed many different options to try and make it easy,” an Amazon spokesperson told the Daily Caller News Foundation in a statement. “The RWDSU fought those at every turn and pushed for a mail-only election, which the NLRB’s own data showed would reduce turnout. This mailbox—which only the USPS had access to—was a simple, secure, and completely optional way to make it easy for employees to vote, no more and no less.”

Amazon had previously defended its other actions throughout the election, saying it regularly posts fliers in bathrooms to ensure all its workers know about important information. The company also said its initiative to pay workers to quit, a program called “The Offer,” is nothing new and has been in place since 2014.

“There’s been a lot of noise over the past few months, and we’re glad that your collective voices were finally heard,” Amazon said in a statement Friday. “In the end, less than 16% of the employees at BHM1 voted to join the RWDSU union.”

“It’s easy to predict the union will say that Amazon won this election because we intimidated employees, but that’s not true,” the statement continued. “Our employees heard far more anti-Amazon messages from the union, policymakers, and media outlets than they heard from us. And Amazon didn’t win—our employees made the choice to vote against joining a union.” 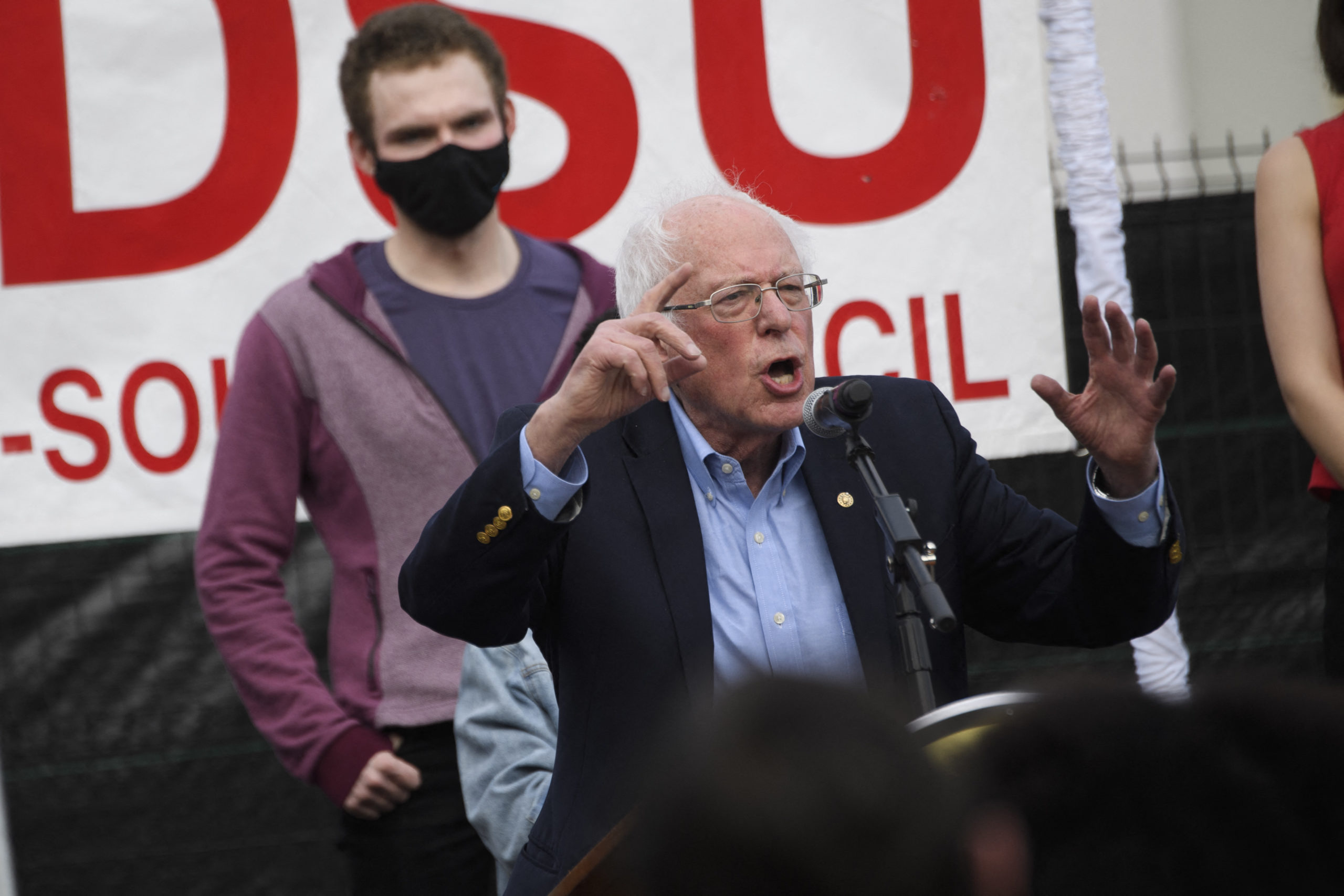 Sen. Bernie Sanders speaks in support of the unionization of Amazon workers in Alabama on March 26. (Patrick T. Fallon/AFP via Getty Images)

Once the RWDSU files its challenge against Amazon, it will then be up to the NLRB’s regional director whether to hold a hearing and decide if a second election is necessary, NLRB spokesperson Kayla Blado told the DCNF Monday. It is unclear if any of the allegations constitute enough for the board to rule against Amazon.

“The parties have five business days to file objections concerning the conduct or result of the election,” Blado said. “If they file an objection, the Regional Director may hold a hearing to decide if there will be a new election.”

Blado wouldn’t comment on whether the RWDSU had filed an objection yet. In response to a question on when the union planned to file its charges and objection against Amazon, RWDSU spokesperson Chelsea Connor reiterated that the union still had time.

“Objections must be filed within 5 business days per the NLRB,” Connor said in a statement to the DCNF. (RELATED: Amazon, Which Routinely Avoids Taxes, Supports Biden’s Corporate Tax Rate Hike)

She declined to offer further details on the union’s plans moving forward.

“Look, this is not the outcome any of us hoped for. And trust me, I know it hurts,” American Federation of Labor and Congress of Industrial Organizations President Richard Trumka said during the press conference with RWDSU officials Friday. “But make no mistake, you won the moment that you decided to take on Amazon.”

“This righteous fight will continue to fuel a labor renaissance in America,” he added.