The mother of 20-year-old Daunte Wright said her son called her Sunday afternoon and told her that police had stopped him for having air fresheners in his rear-view mirror, which is illegal in Minnesota, NBC News reported.

“I heard police officers say, ‘Daunte, don’t run,’” Katie Wright told NBC News. Brooklyn Center police said officers had stopped a motorist at around 2 p.m. Sunday and tried to arrest the motorist after determining the individual had an outstanding warrant, according to the Associated Press. Police reportedly added that officers tried to arrest the motorist, but the individual reentered the vehicle, and an officer shot at the vehicle, striking the driver.

The vehicle crashed into another vehicle after traveling several blocks, according to the AP. Police said they attempted life-saving measures but the individual died at the scene, according to KARE 11. A female passenger was reportedly taken to a local hospital for treatment for their injuries.

Katie Wright said the passenger was her son’s girlfriend, according to the AP.

Brooklyn Center is located in the northwest border of Minneapolis.

Police didn’t identify Wright or disclose the race of the individual involved in the incident, but said the Hennepin County Medical Examiner’s Office would release the individual’s name after a preliminary autopsy and after the family is notified, according to the AP.

Hours after the death, rioters jumped on top of police cars and threw rocks and other objects at police at the Brooklyn Center police department building, Minnesota Department of Public Safety commissioner John Harrington reportedly said. Looting also soon erupted, and rioters broke into roughly 20 businesses at a shopping center, Harrington said, according to the AP. (RELATED: Over 250 Buildings Damaged Because Of Riots In Minnesota’s Twin Cities: Report) 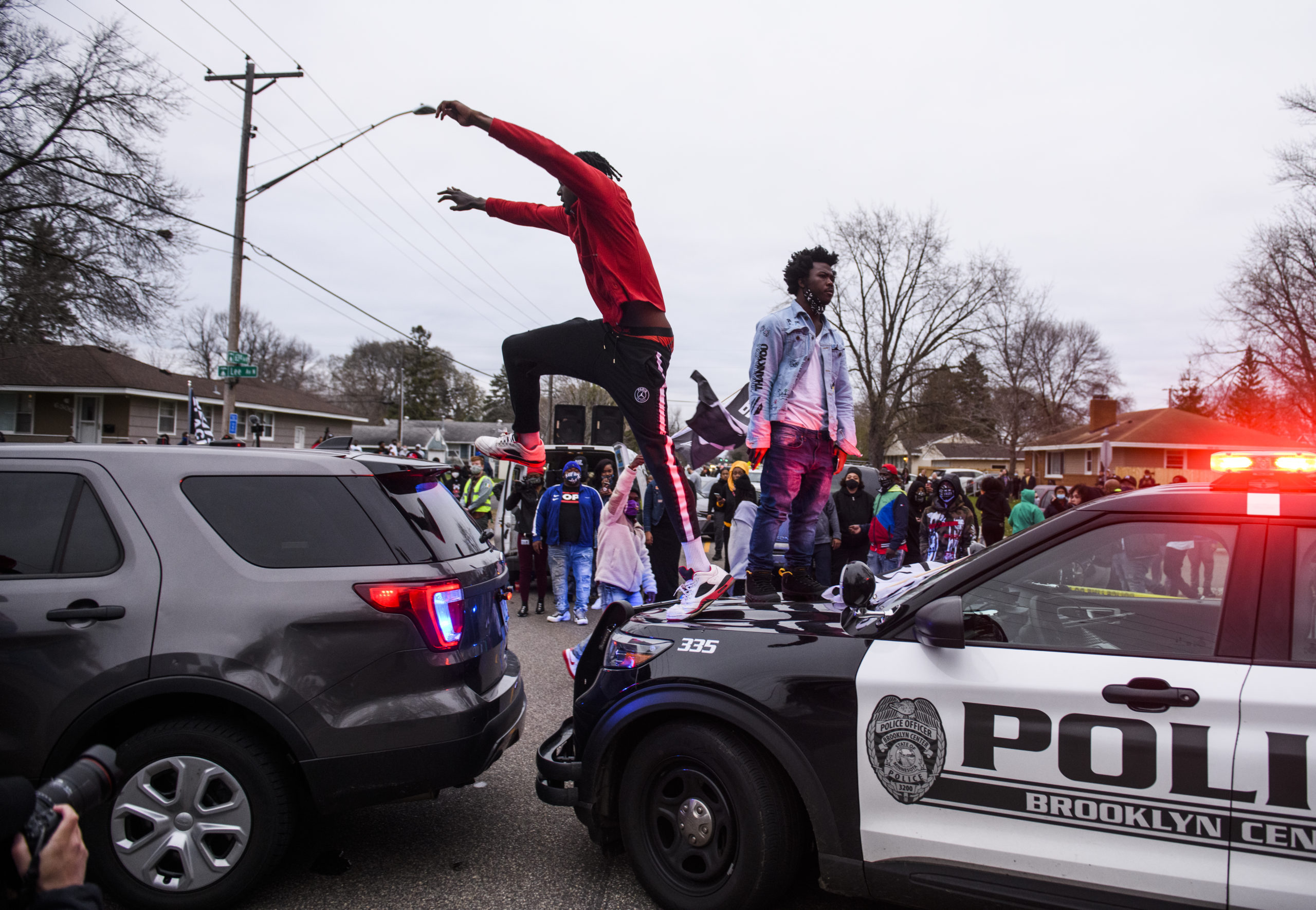 A single shot was fired into the police department building, police said, according to KARE 11. Officers reportedly used irritants to try and disperse the crowd. No injuries were reported and police made no arrests.

Harrington reportedly added that the National Guard was activated after the unrest. 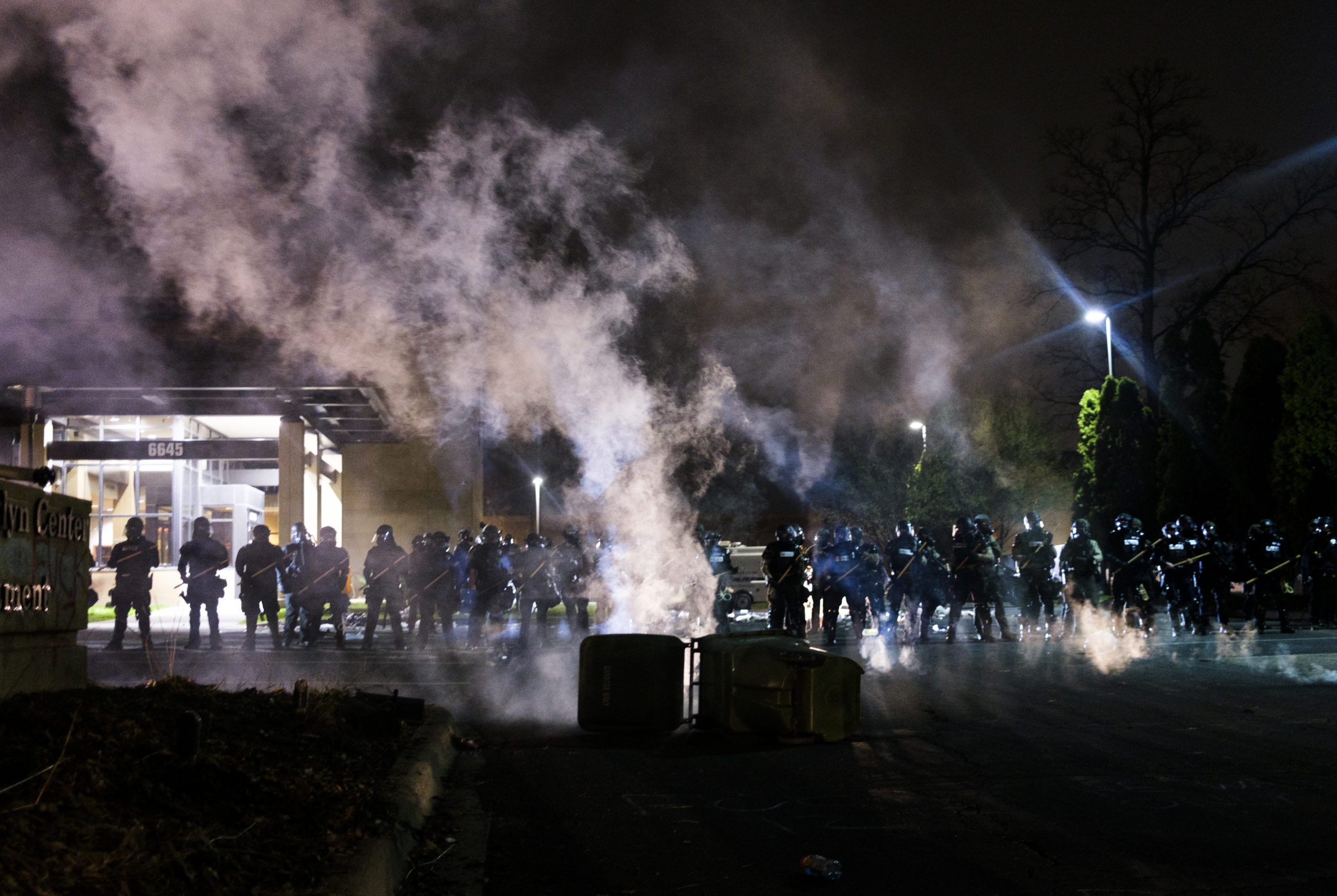 Protesters also gathered with signs that said “Black Lives Matter” and “Justice for Daunte Wright” near the scene of the incident, according to the AP.

Katie Wright implored others not to resort to violence because “if it keeps going it’s only going to be about the violence.”

“We need it to be about why my son got shot for no reason,” she said to a crowd near the shooting scene, according to the AP. “We need to make sure it’s about him and not about smashing police cars, because that’s not going to bring my son back.”

Democratic Minnesota Gov. Tim Walz said he was “closely monitoring the situation” and was praying for Wright’s family “as our state mourns another life of a Black man taken by law enforcement.”

I am closely monitoring the situation in Brooklyn Center. Gwen and I are praying for Daunte Wright’s family as our state mourns another life of a Black man taken by law enforcement.

Brooklyn Center Mayor Mike Elliott implemented a curfew in the city that expired at 6 a.m. Monday. “We want to make sure everyone is safe. Please be safe and please go home,” Elliott said on Twitter.

We are continuing to monitor the situation. As Mayor, I am imposing a curfew in the City Of Brooklyn Center. The curfew will be in place until 6am on Monday April 12, 2021. We want to make sure everyone is safe. Please be safe and please go home. pic.twitter.com/bJYGCE5GaW

The Minnesota Bureau of Criminal Apprehension is investigating the shooting, according to KARE 11. Brooklyn Center police said officers wear body cameras and it’s believed body cameras and dash cameras were running during the incident, KARE 11 reported.