Law enforcement officials in Los Angeles said they are prepared to call the National Guard if violence erupts following the police shooting in Minneapolis and the prospective verdict in the trial of Derek Chauvin, the Los Angeles Times reported Tuesday.

The Los Angeles County Sheriff’s Office is coordinating with law enforcement partners, including the National Guard, to ensure “decisive action” if peaceful protests turn violent, a spokesperson said, according to the Times.

“Sheriff Alex Villanueva is a strong supporter of the 1st Amendment and the people’s right to protest, but if these actions become violent or shift into lawlessness, swift and decisive action will be taken to protect life, protect property, and maintain order in a fair, firm and impartial manner,” Capt. John Satterfield reportedly said. 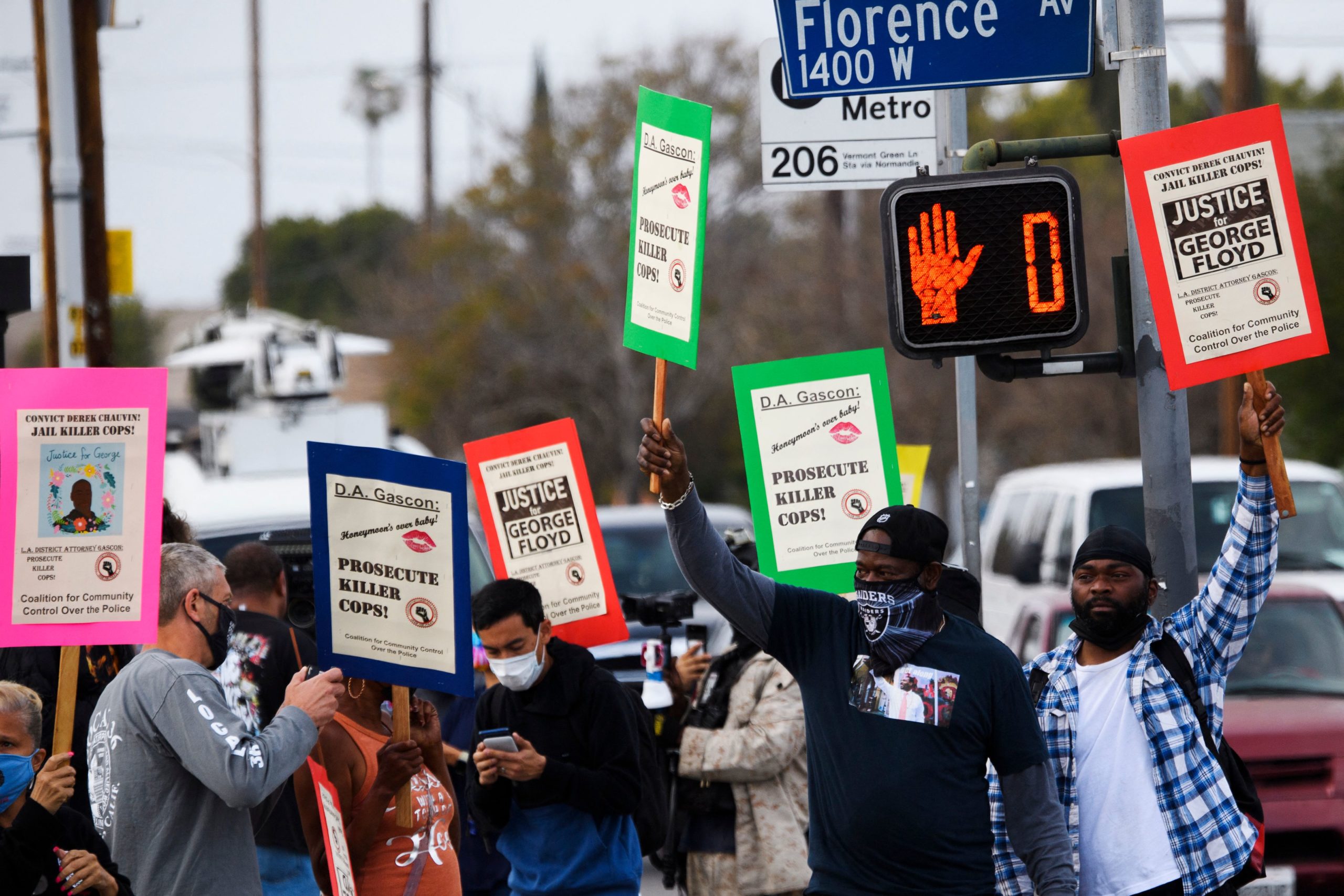 Timothy Goodman (C) protests the killings of people by police including the death of George Floyd and Daunte Wright on April 12, 2021 at the intersection of Florence and Normandie in Los Angeles, California. (Photo by PATRICK T. FALLON/AFP via Getty Images)

Los Angeles Police Department Chief Michel Moore also said he would call on the National Guard if it was necessary, according to the Times.

Protests and riots erupted Monday morning in Minneapolis after a police officer allegedly fatally shot 20-year-old Daute Wright. Hours after the death, rioters jumped on top of police cars and threw rocks and other objects at officers. Looting also began, and roughly 20 businesses were broken into. (RELATED: Protests And Riots Erupt In Minneapolis After Officer Allegedly Shoots And Kills Man)

As of Tuesday, at least 40 people were arrested for violating curfew, rioting and burglary, among other charges.

Nearly a year before the death, George Floyd died after  Minneapolis police officer Derek Chauvin knelt on his neck for nearly ten minutes. The incident sparked protests and rioting in Minneapolis and across the country, resulting in numerous deaths and property destruction. Monday was the 11th day of Chauvin’s trial.

Los Angeles was among the cities where thousands of arrests were made at protests and riots, and a special task force was created to investigate crimes committed during the George Floyd demonstrations. Crimes included attempted murders of officers, looting, burglary, robbery, vandalism, arson and assaults with deadly weapons. 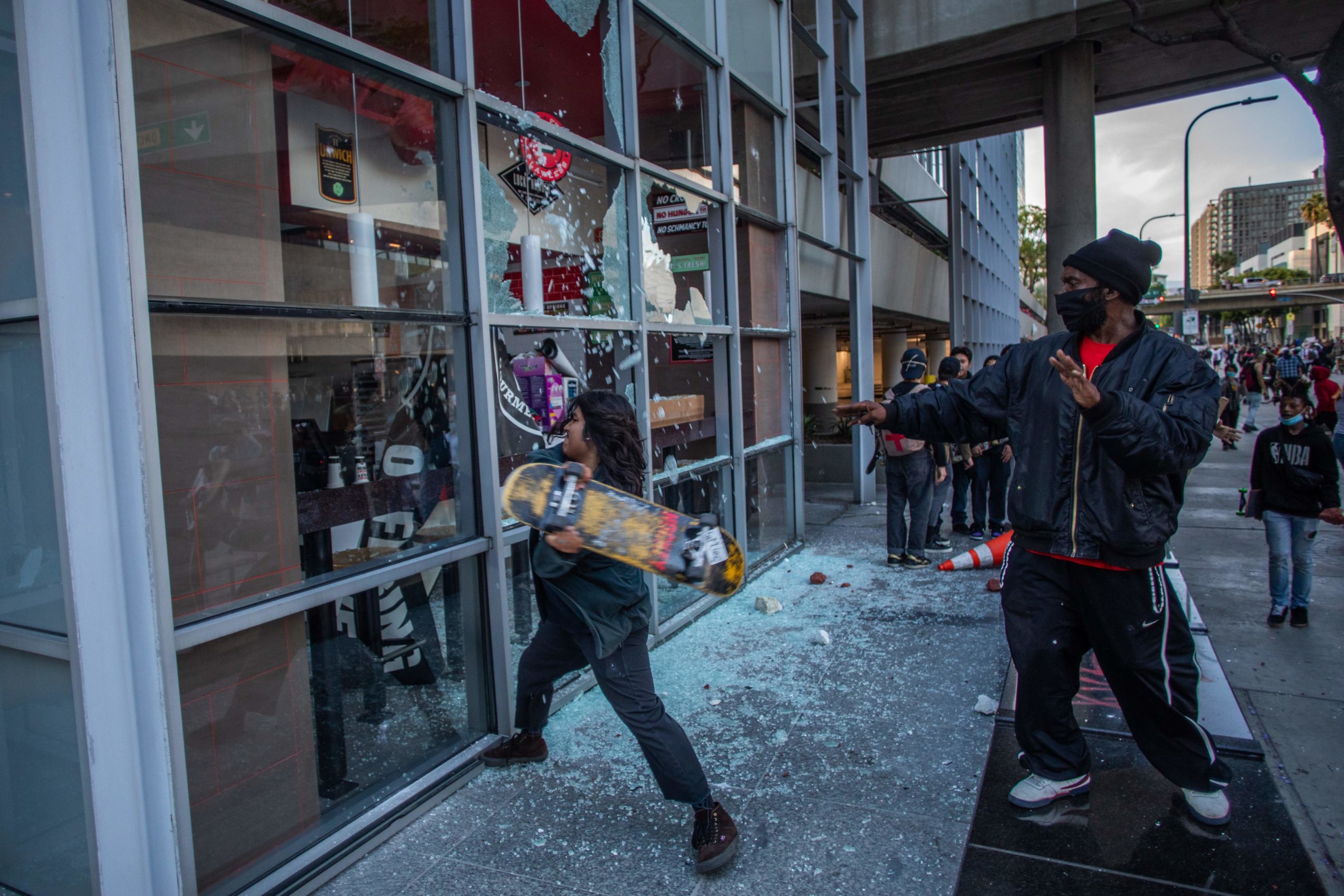 A demonstrator uses a shakeboard to vandalize a restaurant in Downtown Los Angeles on May 30, 2020 during a protest against the death of George Floyd, an unarmed black man who died while while being arrested and pinned to the ground by the knee of a Minneapolis police officer. (Photo by APU GOMES/AFP via Getty Images)

Demonstrators gathered Monday afternoon in Los Angeles to protest against the police shooting, according to CBS LA.