A longtime person-of-interest in the disappearance of Kristin Smart, a college freshman who vanished in 1996 and whose case attracted national attention, was arrested Tuesday, law enforcement sources said, according to the Los Angeles Times.

Paul Flores, who was seen walking Smart on the way to her dorm at California Polytechnic San Luis Obispo on May 25, 1996, was taken into custody by San Luis Obispo County sheriff’s officials, according to the Times. Flores’ 80-year-old father, Ruben Flores, was also arrested and was charged with being an accessory after the fact, KSBY reported. Ruben’s bail at San Luis Obispo County Jail was set at $250,000.

Reports that Paul and Ruben Flores were taken into custody earlier this morning. https://t.co/F9E6CYeVWv

Flores, who was also a student at the college, was the last person to see Smart alive and has denied wrongdoing in the past, according to the Times. In March, the San Luis Obispo County Sheriff’s Office served a search warrant at the elder Flores’ home, where investigators were authorized to use cadaver dogs and ground penetrating radar on the property, according to the sheriff’s office’s statement.

In the statement, police identify Paul Flores as the prime suspect in Smart’s disappearance. (RELATED: Missing Woman Reportedly Said ‘If Anything Happened’ To Her, It Was Her Husband)

Investigators are serving another search warrant at the father’s home in Arroyo Grande, according to the Times. On Tuesday morning, investigators searched Ruben’s home and garage, the Times reported.

Smart, who was 19 at the time of her disappearance, did not return to her dorm room on the school’s campus or contact any family or friends since her disappearance over Memorial Day weekend in 1996, according to the Federal Bureau of Investigation (FBI). She was not carrying identification, money or extra clothing when she disappeared.

She had been at an off-campus fraternity party and later passed out on a lawn before a group of students woke her, the Daily Beast reported in 2016. FBI Special Agent Jack Schafer conducted a private investigation into Smart’s disappearance, and said in a report that Flores claimed to have left Smart, who Flores barely knew, at her room that night.

More than a month after Smart’s disappearance, investigators were led by cadaver dogs to Flores’ dorm room, where they were “alerted” to a portion of Flores’ mattress, indicating to police that there was a “strong possibility” a dead body had been in the room, the Daily Beast reported. 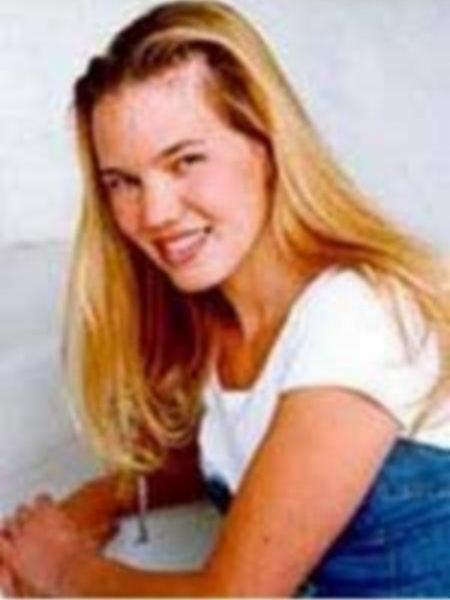 Flores’ roommate also reportedly told investigators that Flores had told him he killed Smart and “brought her to my mom’s and she is still there.” Flores’ mother’s neighbor told the Daily Beast he witnessed Flores and another young man pour concrete and dig in Susan Flores’ backyard one night.

Smart’s family suspected Flores as Kristin’s alleged killer and claimed he “preyed upon” Kristin and inflicted emotional distress on the family, according to the Daily Beast. The family filed a wrongful death lawsuit against Flores, but the lawsuit was reportedly stalled due to the police investigation into Smart’s disappearance.

Flores has denied the lawsuit’s allegations, and invoked his right against self-incrimination when called before a grand jury, the Times reported.

Police have continued examining the details of the case in an effort to piece together how Flores could have allegedly been accompanied in disposing of Smart’s remains, and what methods were used to move Smart’s body, according to the Times.

Investigators reportedly searched multiple vehicles belonging to Flores and his father at the time of Smart’s disappearance and recovered a truck that Flores said was stolen in their search for evidence.

Sheriff Ian Parkinson will be discussing major developments in the investigation into the disappearance of Kristin Smart. pic.twitter.com/pNak3BCLJq

The San Luis Obispo County Sheriff’s Office is expected to make an announcement about the case at 2 p.m. local time, the department said on Twitter.