The House Oversight Committee on Wednesday voted to advance H.R. 51, the Washington, D.C. Admission Act, to the full chamber.

The 25 to 19 vote was along party lines, with Democrats in favor and Republicans opposed, and followed several hours of debate. Despite its advancement and upcoming likely passage in the Democratic House, it faces total Republican opposition in the Senate where it would need 60 votes to overcome an all but certain filibuster.

“Today is an historic day for our country – and our democracy,” said New York Democratic Rep. Carolyn Maloney, the committee’s chair, in her opening remarks ahead of the vote. “For only the second time in a generation, we will vote on whether the hundreds of thousands of American citizens will finally have their voices heard in Congress.”

The House of Representatives passed the bill during the last Congress, but it failed to even come up for a vote in the Republican Senate.

While Democrats have rallied behind the bill, saying that D.C. residents are entitled to federal representation and local self-governance, Republicans have labeled it as a means to gain two additional Democratic senators given the district’s liberal electorate.

“Let’s be clear what H.R. 51 is all about,” said Kentucky Republican Rep. James Commer, the committee’s ranking member. “It’s all about creating two new Democrat US Senate seats. That’s what it’s all about. We could end the discussion there.”

“This bill is part of the progressive pathway that President Biden, Leader Schumer and Speaker Pelosi have to reshape America into that socialist utopia that the Squad talk about,” he said. (RELATED: Does DC Statehood Require A Constitutional Amendment, Or Can Congress Pass It Via Legislation? It’s Complicated) 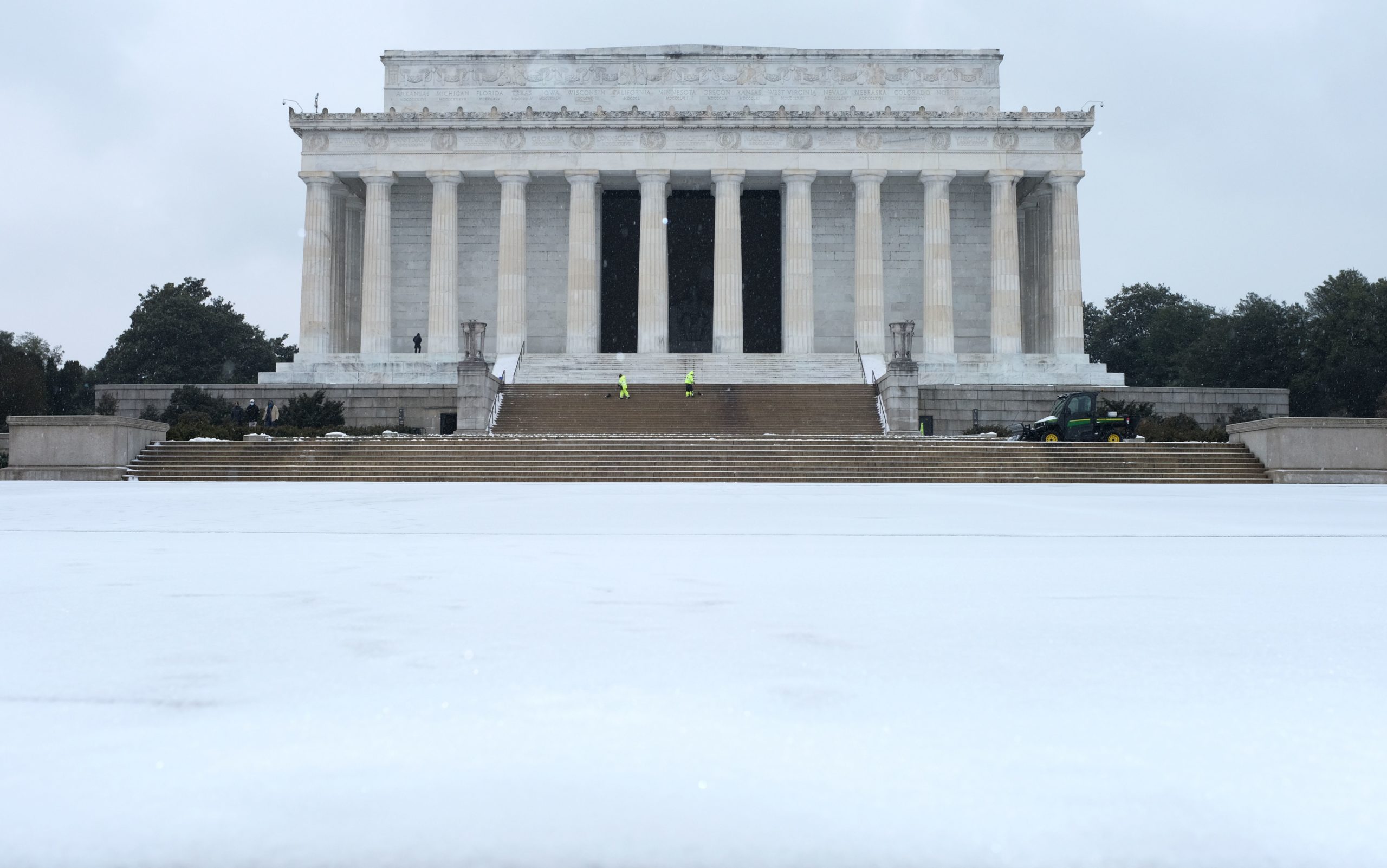 The Lincoln Memorial is seen under a blanket of light snow in Washington, DC on February 18, 2021. (Mandel Ngan/AFP via Getty Images)

Other Republicans focused on whether the act as written was constitutional, and most arguments have invoked the 23rd Amendment, which provides the district three electoral votes in presidential elections. If H.R. 51 is adopted, Republicans argued, then the few remaining residents in the smaller district would still have three votes, and outsized electoral influence as a result.

Republicans also offered various amendments to the bill. One offered by Arizona Rep. Paul Gosar, would have given the federal government even greater control over D.C., essentially the opposite of statehood.

Another, offered by North Carolina Rep. Virginia Foxx, would end federal funding for the district court system within 180 days and mandate that D.C. pay back the costs over three years, since other states have to pay for their own court systems. (RELATED: Biden Opposes Abolishing The Filibuster, Supports DC Statehood)

“It seems this bill’s sponsors want to give the district the privileges of statehood without the responsibility,” Foxx said.

The bill, sponsored by Washington, D.C., Delegate Eleanor Holmes Norton, is set to be voted on in the full House next week.