A teacher at a private school in New York City claims that the school has implemented an “antiracism” curriculum that pressures students to identify primarily with their race and shames those who don’t accept the teachings into silence.

Paul Rossi, a mathematics teacher at Grace Church High School in Manhattan, wrote in Bari Weiss’s blog that the school has held mandatory whites-only student and faculty meetings, where he pushed back on many of the claims made during the “self-care” seminar.

This is among the most affecting and powerful essays I’ve published in my career. Many teachers have reached out with similar stories. Paul Rossi knows that in going public he is risking his job: https://t.co/jzOX8znrTB

“I refuse to stand by while my students are indoctrinated,” he entitled the post.

Characteristics like “objectivity, individualism,” and “fear of open conflict” were reportedly aligned with white supremacy, the seminar facilitators suggested, according to Rossi.

Rossi claims he countered the notion that individuals should identify themselves primarily by racial identity, and though students and teachers contributed to a “productive and substantive discussion,” Rossi said the head of the school warned him about his remarks.

When his questions were shared outside of the seminar, the head of the school reportedly said Rossi’s challenges could “harm” students” because “antiracism” subjects were “life and death matters.”

“He further informed me that I had created ‘dissonance for vulnerable and unformed thinkers’ and ‘neurological disturbance in students’ beings and systems,’” Rossi wrote.

Rossi said that the school includes a commitment to “participate in restorative practices” related to “antiracism” efforts in his contract, so that he can “heal” his relationship with students of color.

Critical Race Theory (CRT) holds that America is fundamentally racist, yet teaches individuals to view every social interaction and person in terms of race. Its adherents pursue “antiracism” through the end of merit, objective truth and the adoption of race-based policies. Rossi wrote that although “antiracism” sounds righteous, it is ‘the opposite of truth in advertising.”

Rossi claimed that students at the school said they were concerned about challenging the premises of CRT and “antiracism.” Instead, students were pressured to stick to “a narrow script of acceptable responses” that teachers praised. When students chose to remain silent, teachers pressured those students, saying they needed to hear from them on the subject. It is common in “antiracism” instruction to equate silence from white individuals with being complicit in perpetuating racism, which is the idea behind the “silence is violence” slogan.

However, the school reportedly has tried multiple avenues to compel students to participate in “antiracism.”

“Every student at the school must also sign a ‘Student Life Agreement,’ which requires them to aver that ‘the world as we understand it can be hard and extremely biased,’ that they commit to ‘recognize and acknowledge their biases when we come to school, and interrupt those biases,’ and accept that they will be ‘held accountable should they fall short of the agreement,’” Rossi wrote. 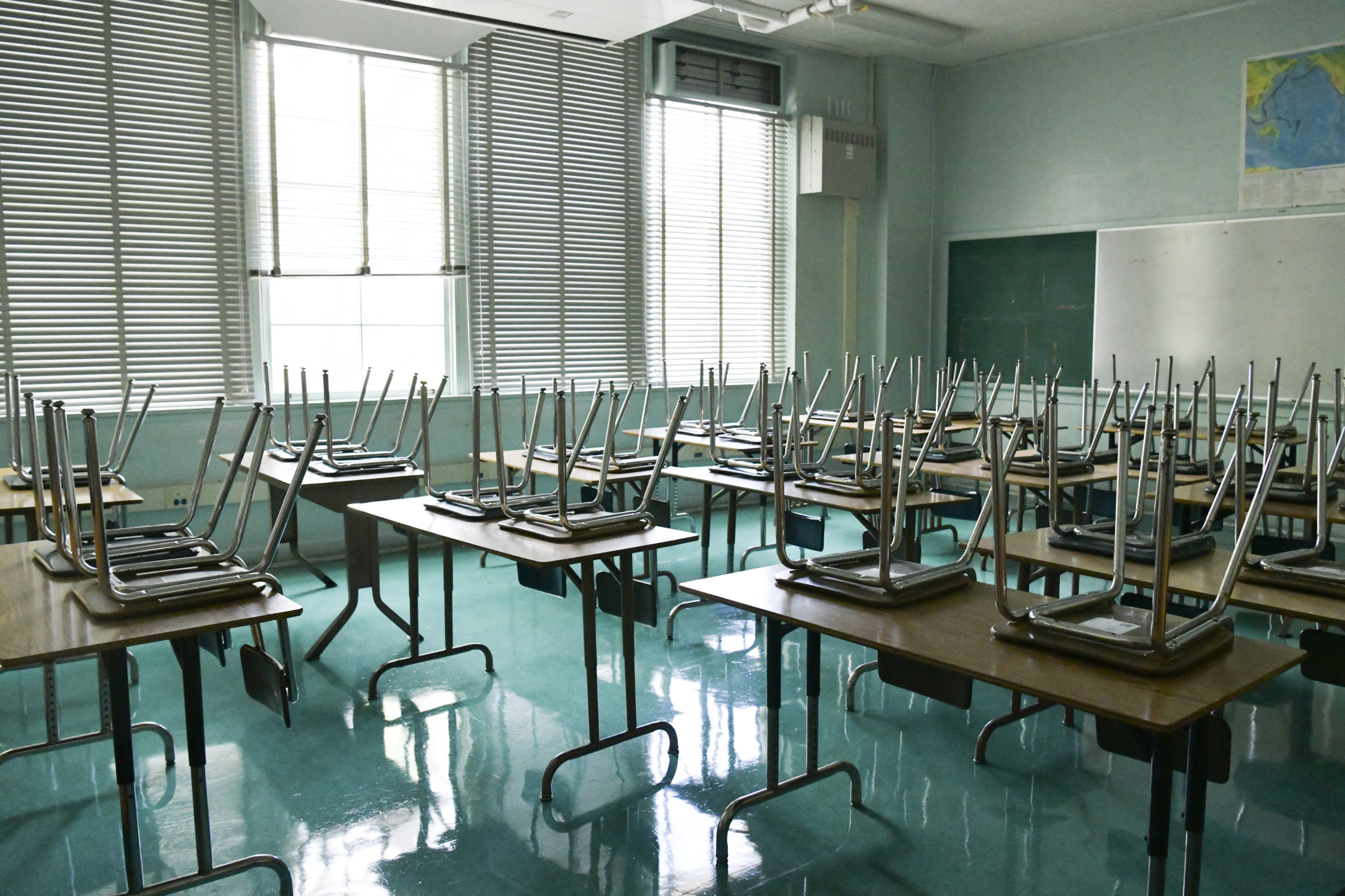 The school reportedly rejected Rossi’s idea to bring in Glenn Loury, a black Brown University professor, to offer another perspective on racial issues, because Loury was an “exception to the rule that black thinkers acknowledge structural racism as the paramount impediment in society.” Instead of Loury, the head of the school reportedly suggested Rossi assign “mainstream white conservatives” because doing so wouldn’t confuse students on subjects related to race.

“I find it self-evidently racist to filter the dissemination of an idea based on the race of the person who espouses it,” Rossi wrote. “I find the claim that exposing 11th and 12th graders to diverse views on an important societal issue will only ‘confuse’ them to be characteristic of a fundamentalist religion, not an educational philosophy.”

Although Rossi said he’s aware that his exposure of what he claims is happening at his school may cost him professionally, he was more concerned about the potential ramifications “antiracism” instruction will have for students who challenge it.

“I am concerned for students trained in ‘race explicit’ seminars to accept some opinions as gospel, while discarding as immoral disconfirming evidence.”

Grace Church School is forthright about its “antiracism” efforts, and features an information page about it on the school’s website.

“The public murder of George Floyd last May rekindled the demand for a nationwide reckoning with racial inequality,” thewebsite says. “We aren’t an antiracist school right now, but we are striving to become one.”

Numerous schools, both public and private, have implemented “antiracism” trainings for teachers and students. (RELATED: The New Left’s Institutionalized Racialism Is ‘Everywhere.’ In Medicine, Education, Even In Government Labs. Here’s How It Happened) 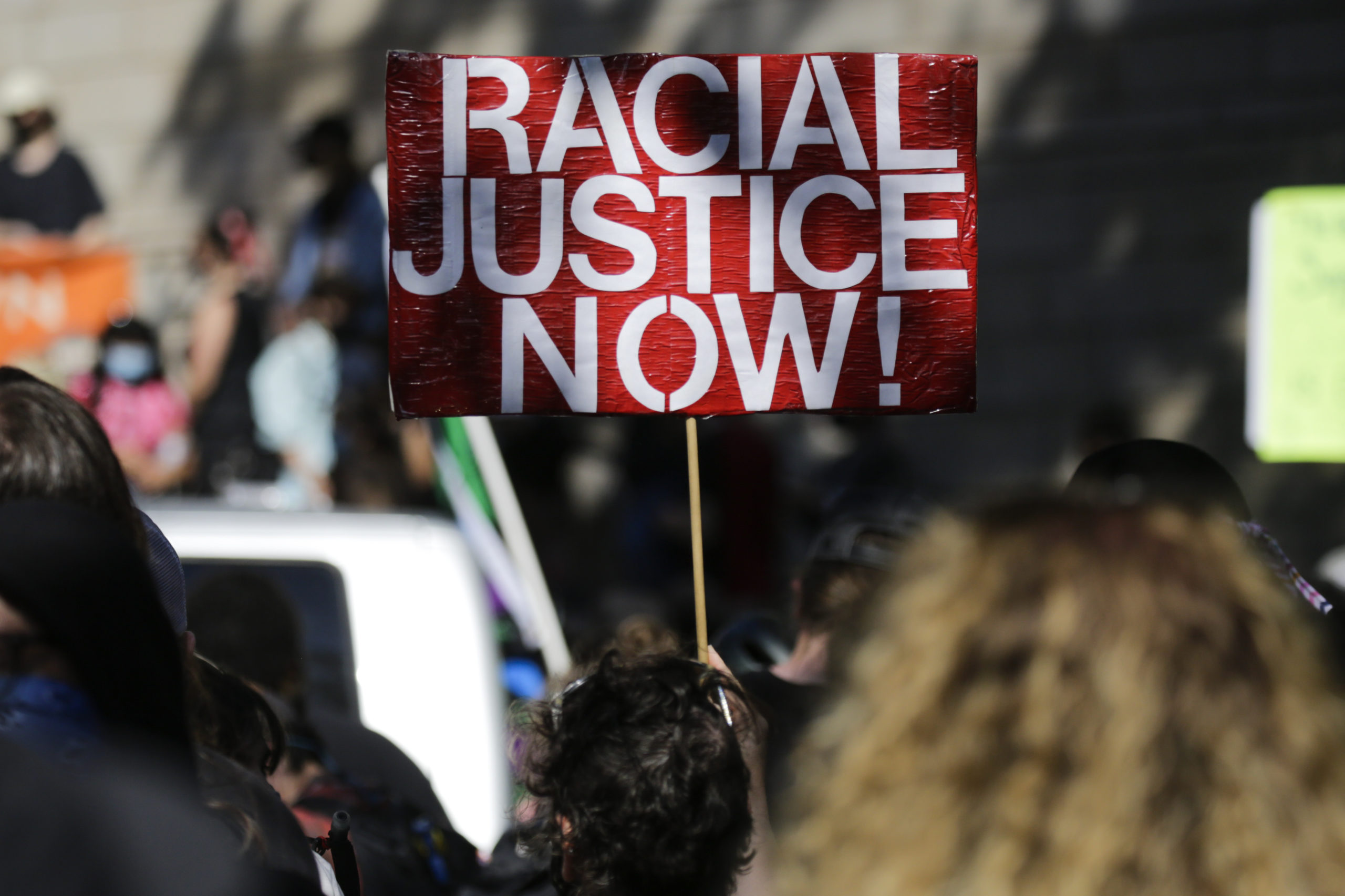 A protestor holds a “Racial Justice Now” sign during a “Defund the Police” march from King County Youth Jail to City Hall in Seattle, Washington on August 5, 2020. (Photo by Jason Redmond / AFP) (Photo by JASON REDMOND/AFP via Getty Images)

North Carolina’s largest school district reportedly held a conference in 2020 that told teachers to “disrupt” whiteness by not letting parents stand in the way of social justice instruction in the classroom. In New York, Buffalo Public Schools reportedly required its kindergarten students to participate in a lesson on “racist police and state-sanctioned violence” which involved showing images of black children who have died.

In Ohio, a coalition of parents called on the school leadership at Columbus Academy, an elite private school, to address its “culture of intimidation” that in some cases, led to peer and teacher-led shaming of students with opposing viewpoints. The school’s diversity director allegedly sent faculty in July an email containing a link to a page asking for donations to defund the police. The school allegedly provided training to faculty in August that included materials by Ibram X. Kendi, who has been cited in numerous “antiracism” training sessions at public schools across the country.