The bill, introduced by Hawaii Democratic Sen. Mazie Hirono, addresses the spike in hate crimes against Asian Americans during the coronavirus pandemic. It passed 92 to 6, with just six Republicans voting against it, allowing the Senate to begin debate on it before its final passage.

Its passage was originally jeopardized by a possible Republican filibuster, according to Politico, but it gained GOP support after a bipartisan agreement that a separate bill allowing for state and local government grants to help improve hate crime reporting would be added. The bill was brought by Connecticut Democratic Sen. Richard Blumenthal and Kansas Republican Sen. Jerry Moran, but could only be included if the Hate Crimes Act advanced.

“We are open to strengthening the bill,” Senate Majority Leader Chuck Schumer said during a press conference Tuesday. “Combating hate in the Asian-American community can and should be bipartisan.” (RELATED: ‘We Are Literally Fearing For Our Lives’: Hate Crimes Against Asian Americans Increase) 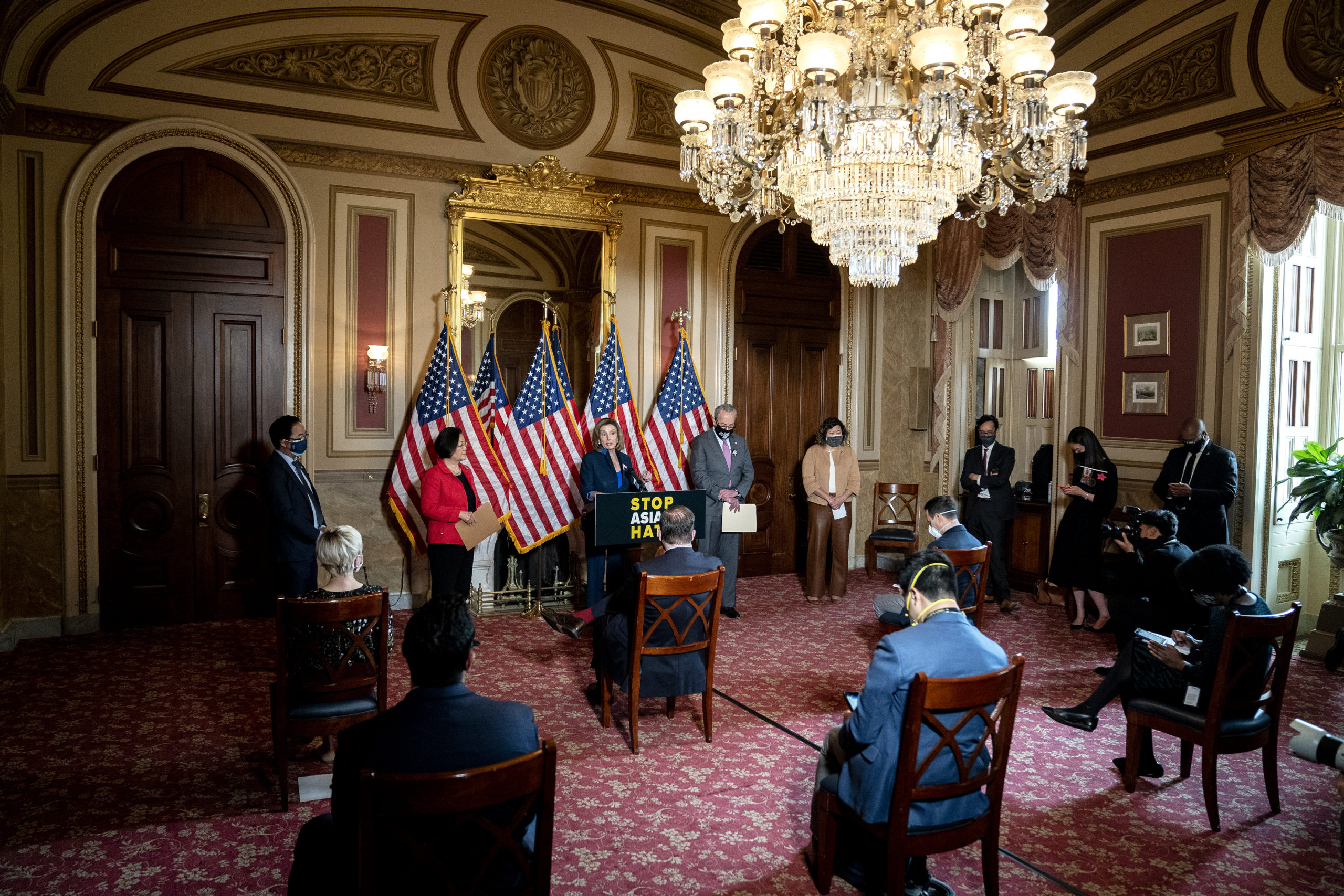 Senate Minority Leader Mitch McConnell signaled his support for the bill Tuesday night, telling reporters that “as a proud husband of an Asian American woman, I think this discrimination against Asian Americans is a real problem. And it preceded the murders that are on full display.”

“I think it’s an important issue and one that’s worthy of our consideration,” said Alaska Republican Sen. Lisa Murkowski Tuesday.

The bill has the support of House Speaker Nancy Pelosi, who told reporters that her chamber is set to mark up its companion legislation and will pass it soon after.

Biden also supports the legislation, and urged Congress to pass it in a statement in March.

“We condemn in the strongest possible terms the ongoing crisis of gender-based and anti-Asian violence that has long plagued our nation,” Biden said. “I urge Congress to swiftly pass the COVID-19 Hate Crimes Act.”

The bill’s advancement follows a series of disturbing attacks against Asian Americans across the country. In March, a shooter killed eight people in Atlanta, six of which were Asian women.