Murkowski played a moderate role in the Republican-held Senate throughout Trump’s presidency, with him holding her — among others — responsible for holding back many of his legislative initiatives. Cheney has also been among Trump’s most vocal critics since January 6th, when a mob of Trump supporters stormed the U.S. Capitol in a violent riot.

“Great news for the Republican Party!  Senator Lisa Murkowski said she is ‘still weighing whether she will run again’ for the Senate in Alaska.  In other words, there is a chance that she won’t run!  Wouldn’t that be great,” Trump wrote. (RELATED: McConnell Defends Liz Cheney As Others In GOP Want Her Out Of Leadership)

“So many people are looking to run against Crazy Liz Cheney—but we only want one,” he added. “She is so far down in Wyoming polls that the only way she can win is numerous candidates running against her and splitting the vote.  Hopefully, that won’t happen.  I’ll make an Endorsement soon!” 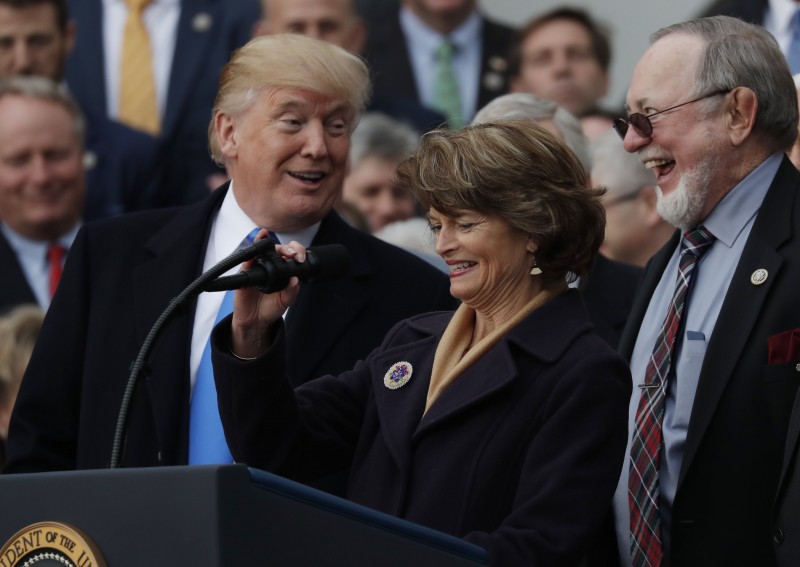 Murkowski and Cheney are only the most recent victims of Trump’s intra-Republican attacks in recent weeks. The former president also unloaded on Senate Minority Leader Mitch McConnell on Monday, calling him a “dumb son of a b*tch” for “allowing” Congress to certify Biden’s 2020 election win.

Trump still maintains that the 2020 presidential election was “rigged” despite presenting no supporting evidence.

Trump’s former attorney general, Bill Barr, also announced before the end of Trump’s term that the DOJ and FBI had looked into fraud claims and found no evidence of incidents that could have influenced the outcome of the election. Barr was among the loudest voices in government warning against potential fraud before the election.

Trump has heavily hinted that he plans to run in 2024, but he said he won’t announce officially until after the 2022 midterm elections. In the meantime, he is seeking to maintain his influence in the party with a slew of endorsements for allies and attacks on his rivals.