White House officials have urged Department of Health and Human Service (HHS) officials in daily phone calls to expedite releases of unaccompanied migrant children occupying shelters to make room for those still in Customs and Border Protection (CBP) custody, according to three officials who participate in daily calls between the agencies, Reuters reported.

HHS officials match unaccompanied migrant minors with sponsors including family members or friends living in the U.S. they can stay with as their case proceeds through immigration court, according to the Office of Refugee Resettlement. 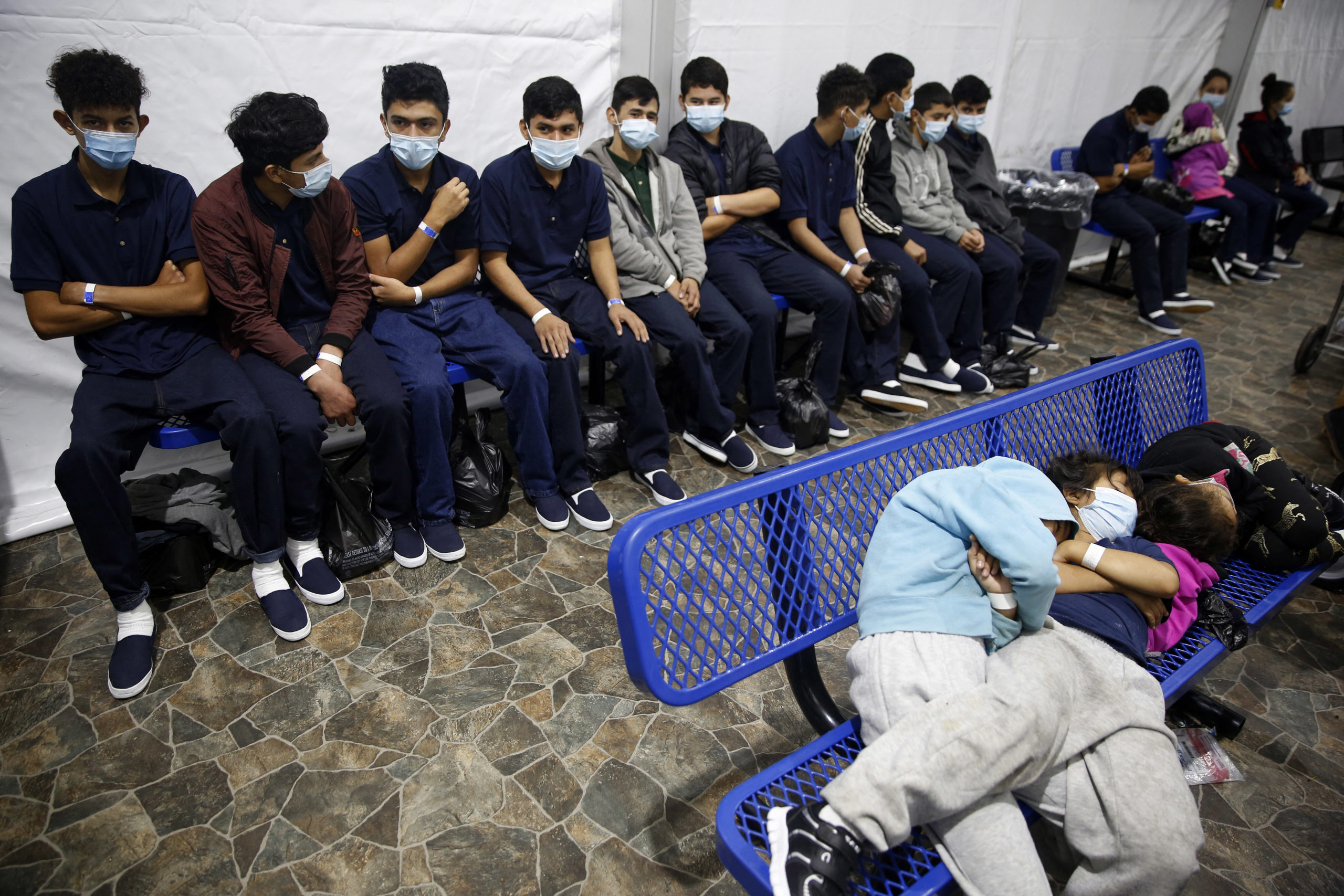 Young unaccompanied migrants, wait for their turn at the secondary processing station inside the Donna Department of Homeland Security holding facility, the main detention center for unaccompanied children in the Rio Grande Valley in Donna, Texas on March 30, 2021. (Photo by Dario Lopez-Mills / POOL / AFP) (Photo by DARIO LOPEZ-MILLS/POOL/AFP via Getty Images)

“Everyone’s working around the clock, and there’s a big morale issue” at HHS, one of the three officials said, Reuters reported. “These are people who signed up to help kids.” (RELATED: What Happens After Migrants Are Released From CBP Custody?)

“It’s tense,” Weber said, according to Reuters. “But it’s a healthy tension with high-powered folks aligned around the mission of making sure these kids are well-taken care of.”

Neither CBP or HHS responded to the Daily Caller News Foundation’s request for comment.