Border officials in south Texas consistently face exposure to COVID-19, don’t have the resources to do their job and are regularly called in for overtime shifts, two active agents told the Daily Caller News Foundation.

Many Customs and Border Protection (CBP) field agents work 50-hour weeks and now are required to report for 10-hour long overtime shifts even after they are exposed to migrants who test positive for COVID-19, an active CBP agent told the DCNF. The agents spoke on the condition of anonymity since they were not authorized to speak with members of the media.

“CBP gives us a job, but they seem more concerned with getting the job done than with the actual agents,” an active agent told the DCNF. “They want the mission to succeed. We don’t have the resources we need to do our jobs but we make do with what we have. We don’t have enough agents, transport, technology, or aircraft to help us out.” 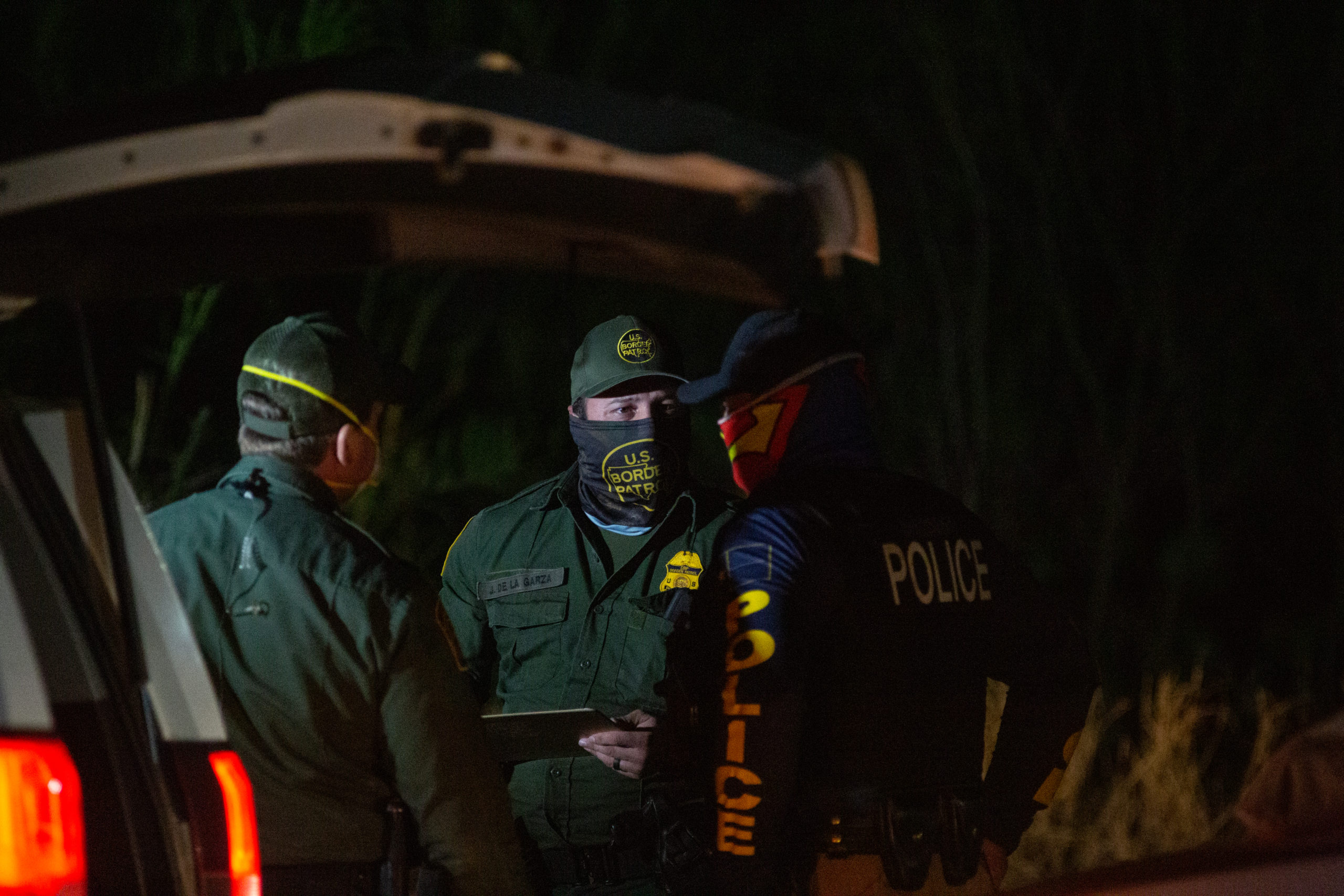 Customs and Border Protection officials work on processing groups of migrants arriving illegally in the U.S. in the middle of the night on March 26, near La Joya, Texas. (Kaylee Greenlee – Daily Caller News Foundation)

CBP agents are “doing the very best they can with the very limited resources they’ve been given,” North Carolina Rep. Dr. Greg Murphy told the DCNF. CBP agents are taken out of field positions where enforcement actions are taken and reassigned to caretaker roles within the migrant processing facilities, Murphy said.

“They’ve [CBP agents] been put in an extremely dire condition, they are trying to do their very very best they can and they do not have the manpower to try to keep our borders secure,” Murphy told the DCNF after visiting a processing facility in Donna, Texas. “Again, they’ve again been reassigned from border security to social work and thus leaving our borders open to criminal elements. They’re very, very, very upset about that.”

CBP agents encountered over 172,000 migrants including nearly 19,000 unaccompanied minors in March, according to the agency. Officials are predicted to encounter more migrants in 2021 than in the last 20 years, Department of Homeland Security Secretary Alejandro Mayorkas said in a statement.

“When we get all tied up with the large groups we get a large number of got-aways,” the agent told the DCNF. “Then when an alien has to go to the hospital, they pull an agent out of the field to go with the alien instead of getting an agent from [a processing center], and agents get frustrated.” (RELATED: CBP Repeatedly Fails To Provide Transportation For Migrants Leaving Them And Agents Exposed For Hours)

Middle-level managers unofficially discourage CBP agents from tracking got-aways by making the reporting process difficult, an agent told the DCNF. Agents photograph signs of possible got-aways such as footprints which are then compared to groups of migrants apprehended at stash houses or other interior locations to determine whether it’s the same group.

The problem with this methodology is that migrants could be wearing the same shoes so there’s really no way to tell whether the group apprehended is the same one documented in the field or whether anyone broke off from the group, according to the CBP agent.

“It’s total BS,” the agent told the DCNF. “Then you hear agents talk about supervisors or watch commanders instructing an agent to lower the numbers of got-aways because that’s too many, so agents get discouraged and don’t report them anymore.” 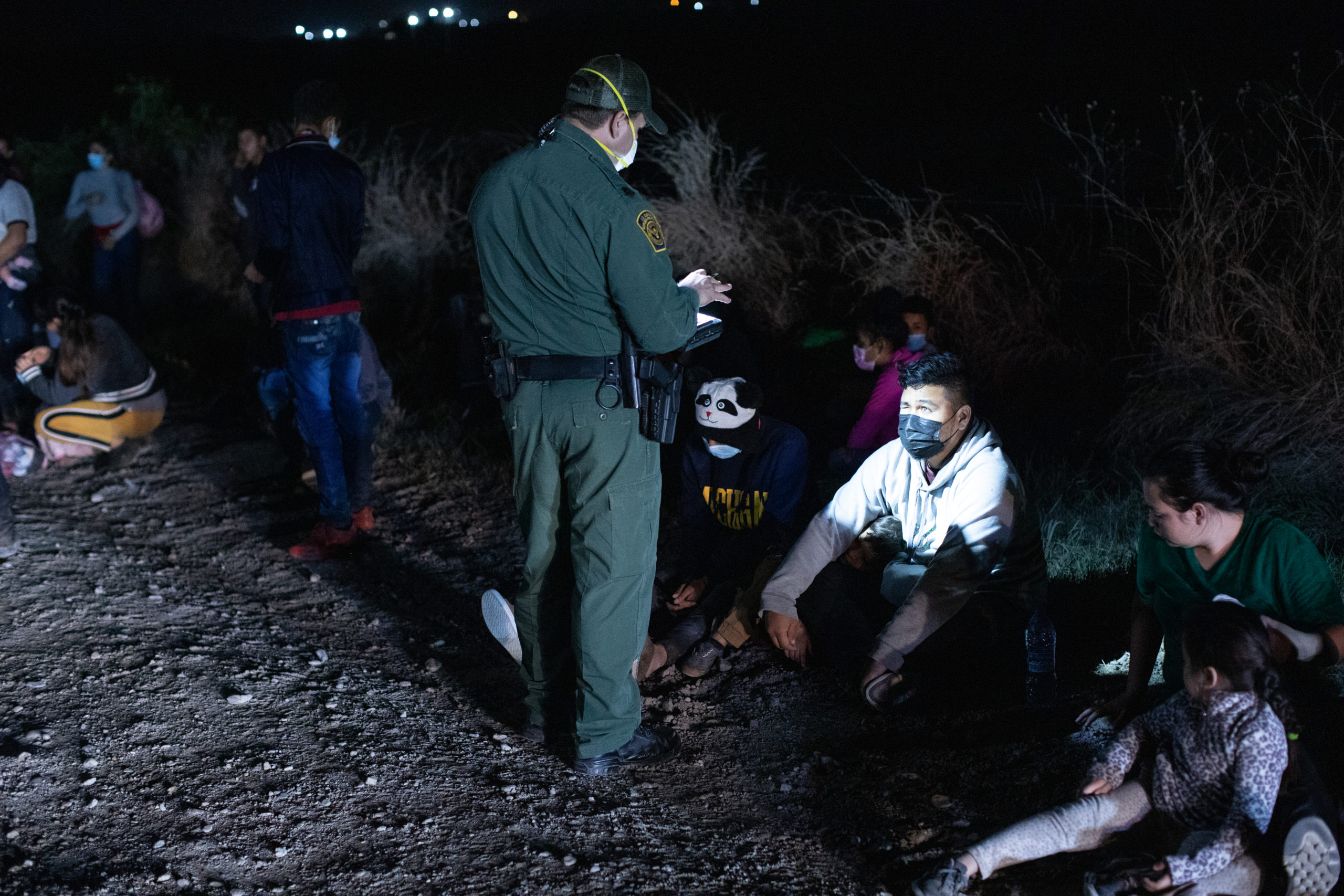 Customs and Border Protection officials work on processing groups of migrants arriving illegally in the U.S. in the middle of the night on March 26, near La Joya, Texas. (Kaylee Greenlee – Daily Caller News Foundation)

A CBP intelligence official will interview any migrants who are encountered to try and determine if they were in the location the signs were documented and then deduct those migrants from the got-away total if they find they crossed the area where the signs were seen, a CBP agent told the DCNF.

If a CBP agent is exposed to a positive case of COVID-19 while wearing a mask and gloves it’s considered a low-risk exposure, an agent told the DCNF. The agent is expected to return to work despite the Centers for Disease Control and Prevention (CDC) guidelines to quarantine unless the person exposed is fully vaccinated and not experiencing symptoms.

“All employees at facilities where an exposure has occurred are notified at the earliest opportunity,” a CBP spokesperson told the DCNF. “Employees with possible exposure to COVID-19 are provided with guidance based on the specific risks associated with the exposure.”

However, CBP did not say how agents exposed to positive cases in the field are supposed to respond or what the protocol for those exposures is. Officials who are fully vaccinated are not required to quarantine after exposure as long as they don’t develop symptoms, the CBP spokesperson told the DCNF.

“If you’re exposed and were wearing your N95 mask, it’s deemed low-risk and [you] come back to work the next day. If you weren’t wearing a mask or you had the wrong kind, it’s medium or high-risk,” a CBP agent told the DCNF. “Basically, they need the manpower and unless you are showing signs or symptoms, they expect you at work.”

Another agent told the DCNF their managers did not provide them with any instructions after they were exposed to a positive COVID-19 case when transporting a migrant boy to a hospital. “My supervisor wanted me to come in [to work],” shortly after the exposure, the agent told the DCNF. (RELATED: Around 1,000 Illegal Migrants Evading Overwhelmed Border Officials Daily)

“I have been vaccinated but only because I went on my own. Our work did nothing to help us get it,” the agent told the DCNF. The agent added they are issued new N95 masks and other personal protection equipment daily, but that they have to remove the mask to drink water and sometimes because they can’t breathe through it.

CBP agents exposed to COVID-19 should quarantine for 10 days and self-monitor for symptoms as the CDC recommends, Murphy told the DCNF. “They should be quarantined or tested appropriately. I don’t know anything about the policies of what’s going on down there so I can’t speak to the specifics,” Murphy told the DCNF.