States across the nation locked down beginning in March of 2020 to combat the novel coronavirus. While both Republican- and Democrat-led states shut down for some duration, “blue” states have remained closed far longer, often to a much greater extent. The predictable side effect was a massive, lingering economic toll on their state economy.

Data from the Bureau of Economic Analysis (BEA) shows real GDP for the fourth quarter in 2020 increased in all 50 states, including Washington D.C. — welcomed news in light of the economic pitfalls many states experienced during the first few months of the pandemic.

Data also shows, however, that states that loosened restrictions sooner had largely recovered from the financial setbacks due to the initial woes of lockdowns.

“The increases in fourth-quarter GDP by state reflect both the continued economic recovery from the sharp declines earlier in the year and the ongoing impact of the COVID-19 pandemic, including new restrictions and closures that took effect in some areas of the United States,” the BEA said.

Hawaii’s economy bore the biggest brunt, declining 9.9%, according to The Wall Street Journal. Granted, the state relied heavily on tourism which was severely impacted by travel restrictions in both Hawaii and other states. Wyoming’s economy also saw a large decline, decreasing by 6.6%, according to the WSJ.

In New York’s defense, it quickly became one of the hardest-hit states when the pandemic began. Since the start of the pandemic, New York has had more than 1.9 million confirmed cases of the virus and more than 50,000 deaths, according to data from The New York Times.

Democratic Gov. Andrew Cuomo quickly imposed a series of lockdown restrictions that included shutting down so-called non-essential businesses and limiting how restaurants and other industry groups could operate. While the virus was novel and the state’s hospitals were quickly becoming filled to capacity, Cuomo was hesitant to re-open the state even as cases declined. 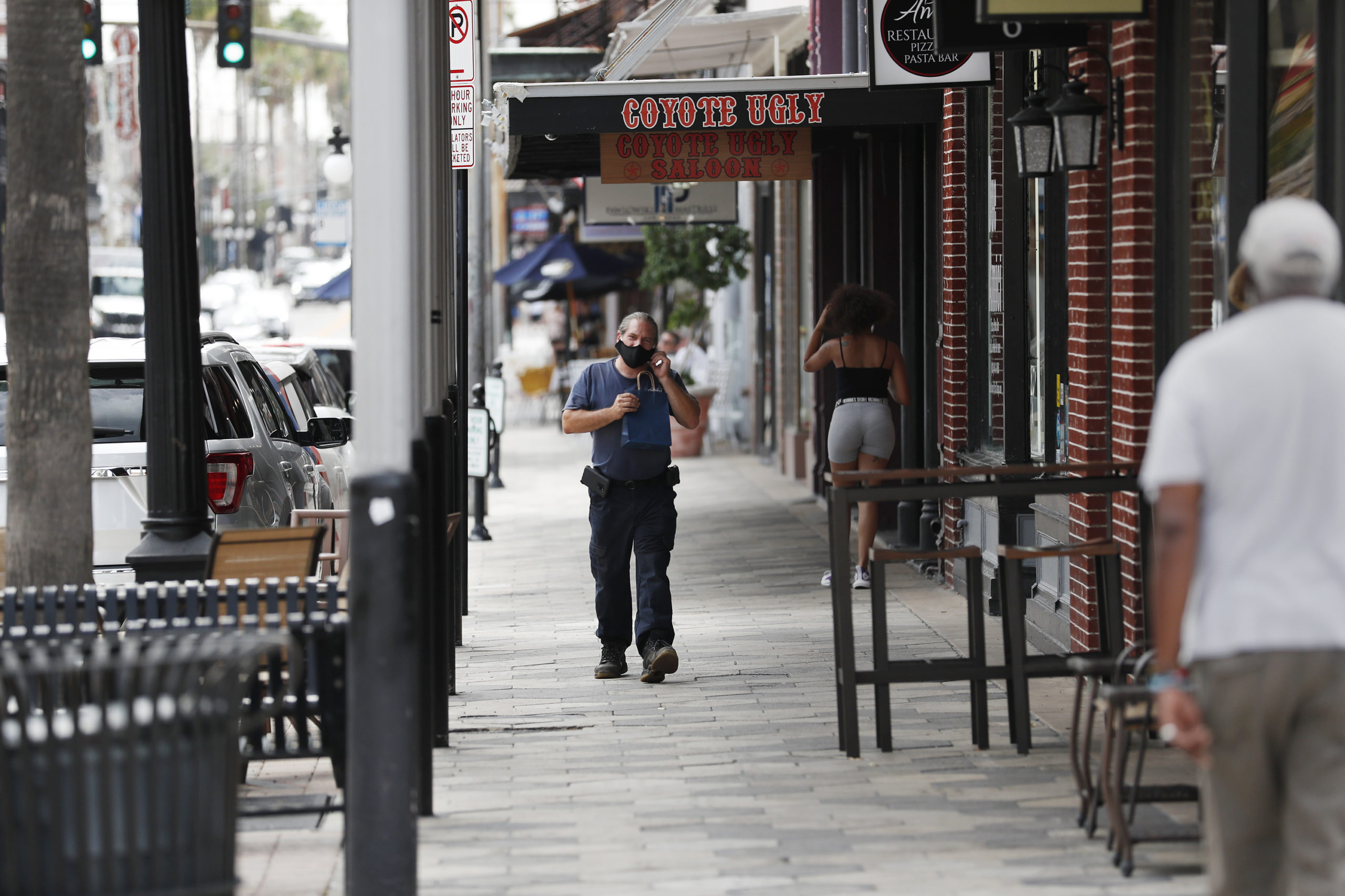 Cuomo eventually relented and allowed retail and restaurants to partially re-open in the fall but quickly reimposed another lockdown in December following an uptick in coronavirus cases. (RELATED: After Forcing Thousands Of Businesses To Shut Down, Cuomo Now Says The ‘Cost’ Of Staying Closed Is ‘Too High’)

The BEA noted that accommodation and food service contributed to the decreases in every state, but was “the leading contributor” to decreases in 38 states, including New York, which was the fourth-slowest growing state.

Real GDP grew by 1.7% in the fourth quarter for Michigan, but declined 5.4% overall, according to data from the BEA.

Michigan has seen more than 840,000 confirmed cases of the coronavirus and slightly less than 18,000 deaths, according to the NYT.

In Florida, private GDP decreased by 1.1% by the end of the year — likely impeded by the decrease in tourism, according to the WSJ. Republican Gov. Ron DeSantis initially imposed certain lockdown restrictions, but even these were lax in comparison to those seen in New York. DeSantis also let all businesses re-open fully after May, which could also have contributed to the stability.

Florida’s fourth quarter personal income also decreased, but at nearly half the rate New York’s did (-6.9%), according to the BEA.

Perhaps surprisingly, Florida has seen more than 2.1 million cases of the virus, outpacing New York. The state has less than 35,000 deaths reported, however, according to the NYT.

While states, including blue ones, have loosened their restrictions since President Joe Biden took office, their economies are still sluggish.