George Washington University Professor Jonathan Turley said Thursday that expanding the Supreme Court is not about “reforming” but about “packing” and is being driven by “extreme voices” that President Joe Biden should oppose.

“The question about the size of a court has been debated for years,” Turley said on Fox News’ “Tucker Carlson Tonight.”

“Many of us have talked about a larger court, but this is not reforming, this is packing. When you say that you are going to dump four new members onto the court, which just happens to give liberals a working and stable majority, that is called packing. It’s raw; it’s not subtle,” Turley continued. “What’s driving this is the most extreme voices in our politics.” (RELATED: Here Are 7 Times Biden And Harris Refused To Say If They’re Going To Pack The Supreme Court)

But Turley said the legislation is entirely political. “It’s treating the Supreme Court like it is a glorified FCC with life tenure, you’re just adding members, essentially because of their alliance with your agenda. And the damage to the court, obviously, would be extreme.”

Turley suggested politics today is about being “a berserker … who’s willing to lay waste to any institution or tradition on the way to final victory.”

The Constitutional scholar suggested Nadler’s bill will probably fail but that the Democratic leadership needs to actively oppose court packing and say “This is wrong.”

“This is when a president shows that he’s not just a politician, but you step forward and you say ‘Look, we can talk about reforms, but what you are talking about, that will not happen,'” Turley said. (RELATED: Constitutional Scholar Jonathan Turley Says Joe Biden Is Not The ‘Straight Up’ Senator ‘That Many Of Us Saw’) 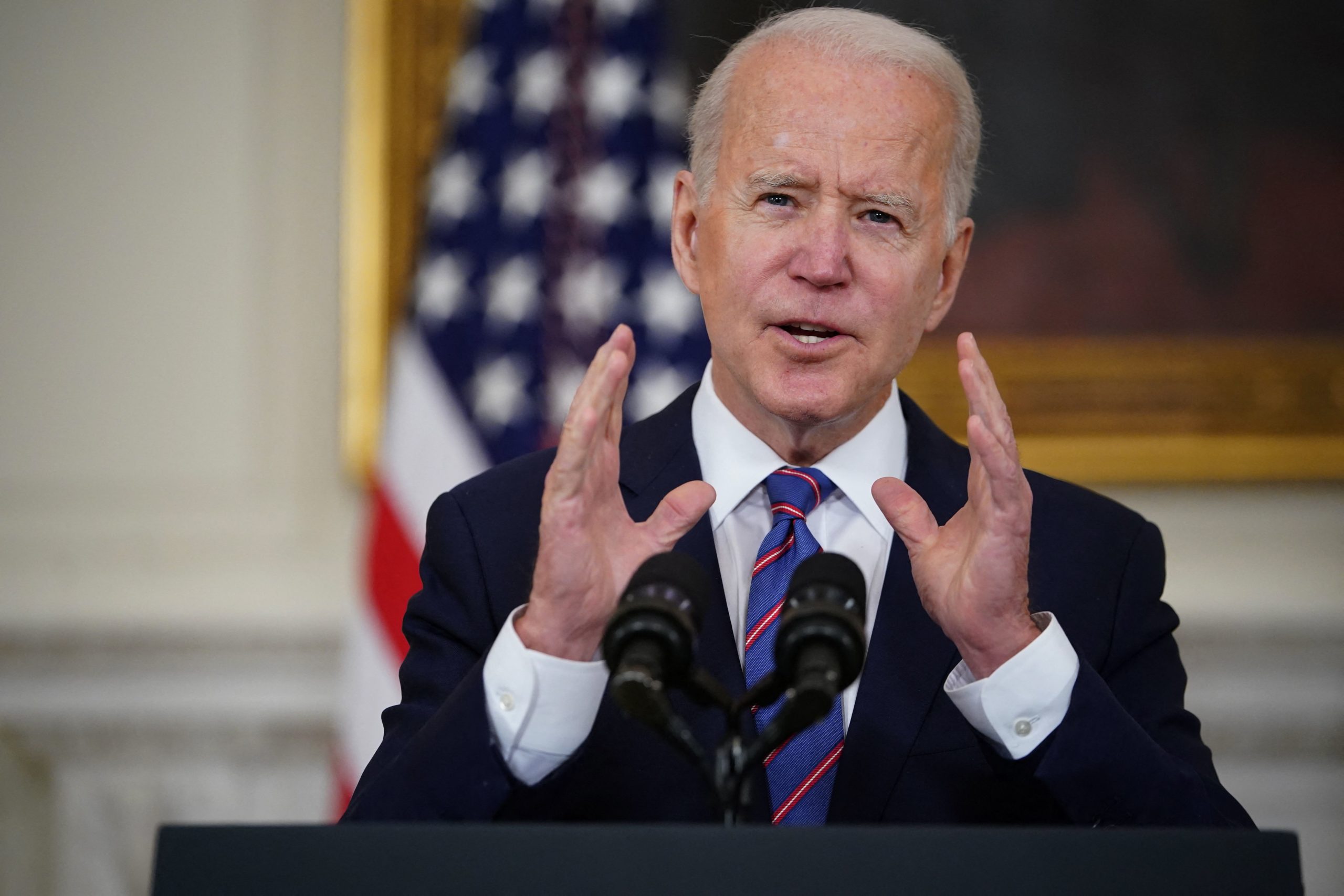 President Joe Biden speaks about the March jobs report in the State Dining Room of the White House in Washington, DC, on April 2, 2021. – The US economy regained a massive 916,000 jobs in March, the biggest increase since August, with nearly a third of the increase in the hard-hit leisure and hospitality sector, the Labor Department reported on Apr. 2, 2021. (Photo by MANDEL NGAN/AFP via Getty Images)

White House Press Secretary Jen Psaki would not say Thursday that Biden opposed the initiative but that Biden is awaiting a decision from his newly-created commission on the Supreme Court before he moves on the issue. Biden established the commission in April. The “bipartisan group of experts” has 180 days to examine court reform, after which it will offer recommendations.

When Psaki was reminded that Biden has previously called court packing a “bone-headed idea,” she said the president has moved beyond that position and is prepared to accept the recommendations of the commission.