President Joe Biden announced Thursday evening that the White House and Kremlin are working on setting up a meeting between him and Russian President Vladimir Putin in Europe this summer.

Biden’s announcement came during brief remarks following a phone call with Putin. The U.S. had launched sweeping sanctions Thursday morning against dozens of Russian companies and individuals connected to the 2020 SolarWinds hack. (RELATED: Biden Greenlights Sweeping Sanctions Against Russia In Retaliation For SolarWinds Hack And Other ‘Malign Behavior’)

“I was clear with President Putin that we could have gone further, but I chose not to do so,” the president stated. “I chose to be proportionate.” 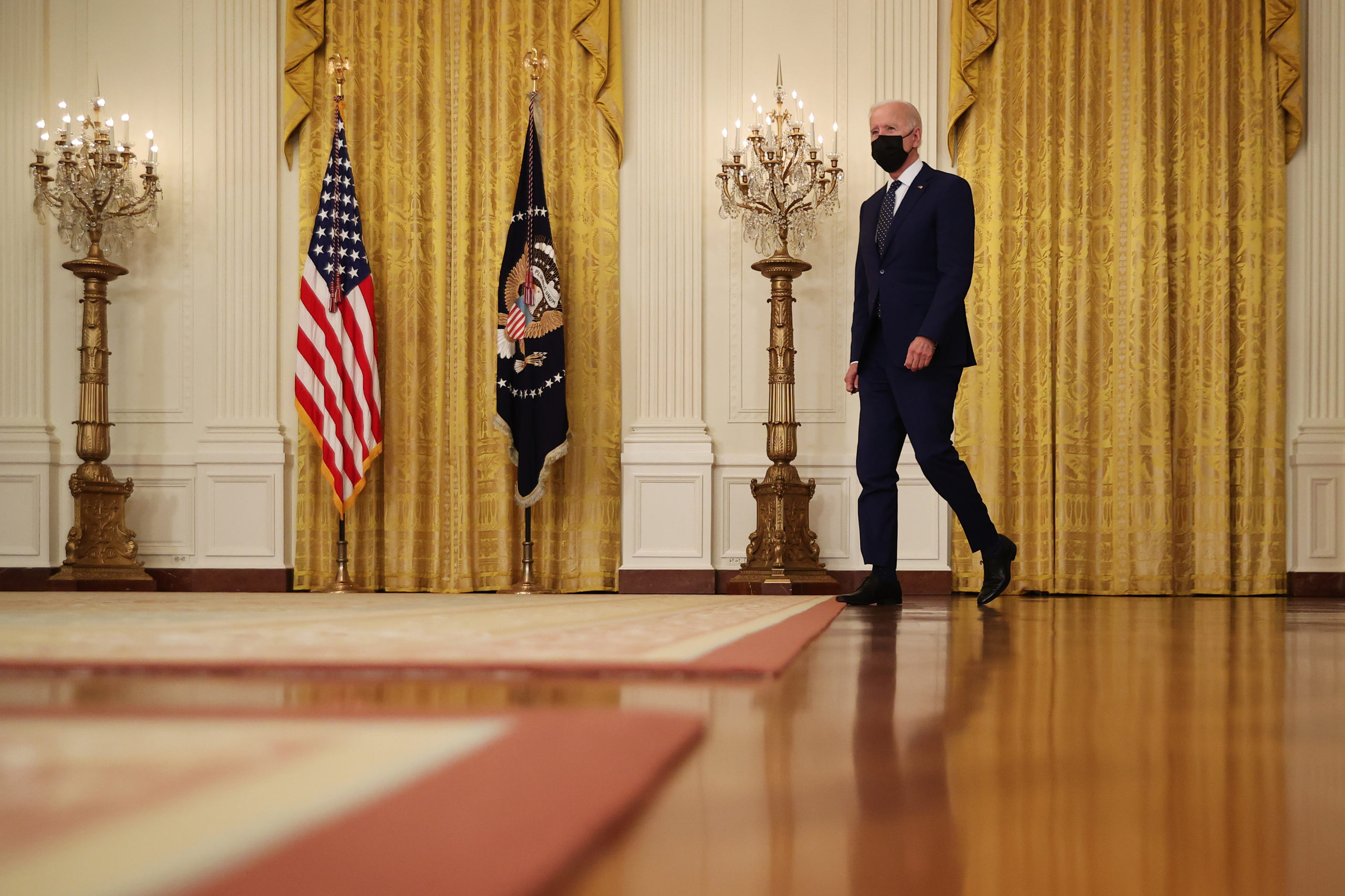 WASHINGTON, DC – APRIL 15: U.S. President Joe Biden arrives to deliver remarks from the East Room of the White House on April 15, 2021 in Washington, DC. Biden announced sanctions against 32 companies and individuals that are aimed at choking off lending to the Russian government and in response to the 2020 hacking operation that breached American government agencies and some of the nation’s largest companies. (Photo by Chip Somodevilla/Getty Images)

“Now is the time to deescalate,” the president continued. “The way forward is through thoughtful dialogue and the diplomatic process.”

The new sanctions targeted dozens of Russian companies and individuals who were either directly responsible for or supported the Russian government in carrying out the SolarWinds breach or undermining international elections and democracy. Biden also directed the Treasury and State Departments to terminate visas of Russian nationals targeted by Thursday’s actions and expel them from the country.

His package of responses, however, did not include any action on Russia’s Nord Stream 2 pipeline, a decision heartily criticized by House Minority Leader Kevin McCarthy.

“Vladimir Putin has amassed 80,000 troops along the border of Ukraine, conducted a massive cyber-attack against the United States, and President Biden responds with a weak set of sanctions,” McCarthy said in a statement to Daily Caller. “If this administration really wanted to send a strong message to Russia, it would have sanctioned Nord Stream 2 by fully implementing the Congressionally mandated, bipartisan sanctions to stop the construction of the Russian pipeline. This is a missed opportunity by President Biden that he has the power to fix immediately.”

You can watch Biden’s remarks in their entirety below.