The poll found Yang with 26%, double the support of Brooklyn Borough President Eric Adams. City Comptroller Scott Stringer was third with 11% and MSNBC analyst Maya Wiley was fourth with 10%, while every other candidate had single-digit support.

Yang leads among virtually every demographic, according to the poll: black, Asian, Hispanic and white voters as well as men, women and voters with and without college degrees.

Data for Progress surveyed 1,007 likely voters from Mar. 21 to Apr. 5, and the poll has a margin of error of three points.

Though Yang only joined the race in January, he has sailed to frontrunner status and has raised eye-popping amounts of money. He has been a fierce advocate for reopening the city from pandemic restrictions, publicly buying movie tickets when theaters reopened and clashing with teachers unions over the delayed return to in-person school. (RELATED: Andrew Yang Heckled, Accused Of Being ‘Pro Cop’ During Daunte Wright Protest) 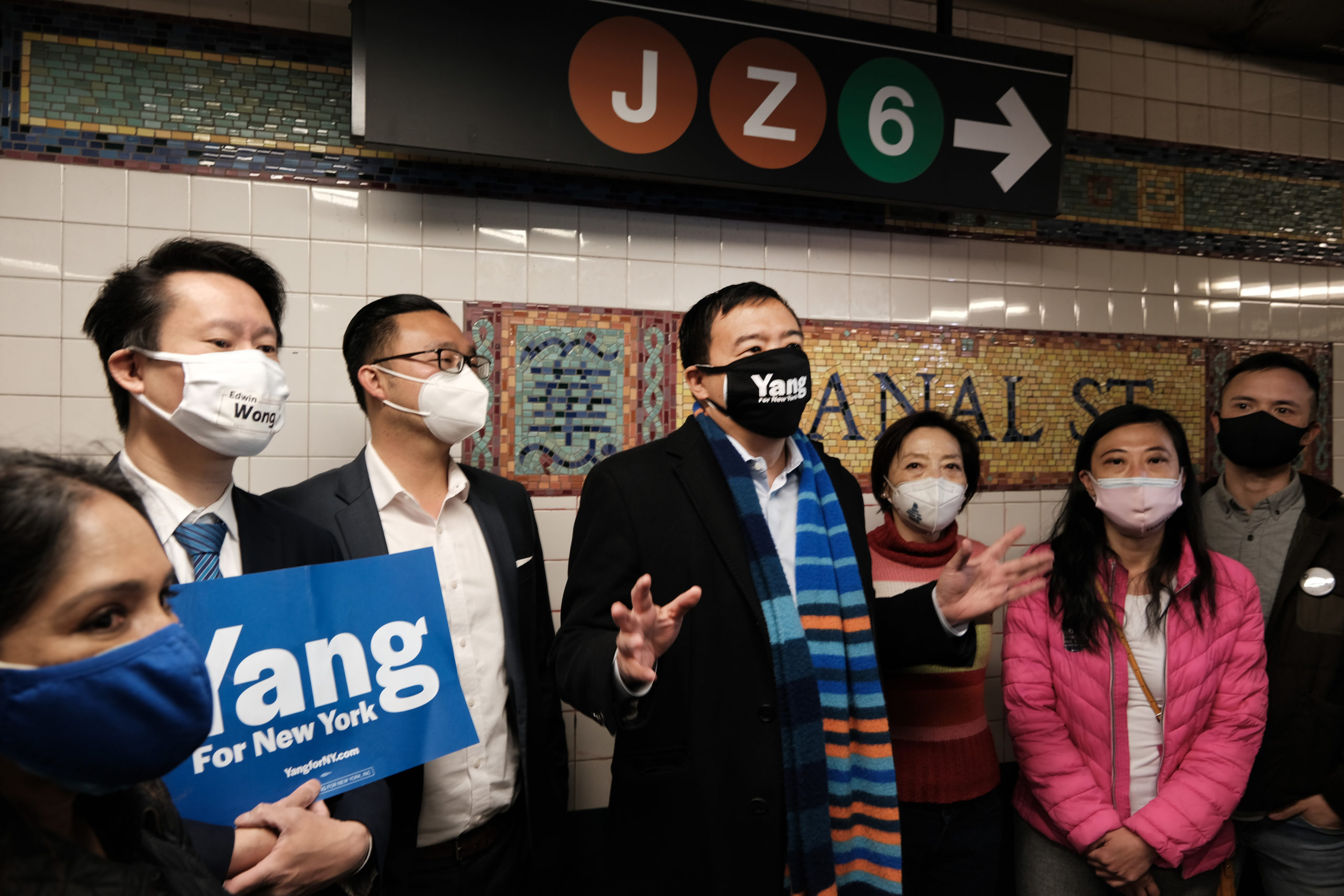 Andrew Yang speaks to members of the media along Canal Street subway station in Chinatown on April 05, 2021. (Spencer Platt/Getty Images)

Yang may also benefit from ranked-choice voting, a format set to debut in New York City this year where voters rank their preferred candidates instead of choosing just one. The poll found that 31% of voters preferred Yang as their second choice, 18 points ahead of Adams.