The Biden administration will direct $1.7 billion Friday to help all 50 states and U.S. territories “monitor, track, and defeat emerging variants that are currently threatening pockets of the country.”

“At this critical juncture in the pandemic,” White House COVID-19 Testing Coordinator Carole Johnson noted in a statement accompanying the announcement, “these new resources will help ensure states and the CDC have the support they need to fight back against dangerous variants and slow the spread of the virus.”

According to the White House, the original “wild” strain of COVID-19 now comprises less than half of all U.S. cases. The B117 variant that originated in the United Kingdom became the most common strain in the country in early April, according to data from the Centers for Disease Control and Prevention. (RELATED: Biden Admin Puts Use Of Johnson & Johnson Vaccine On Pause As Six Of 7 Million Develop Blood Clots) 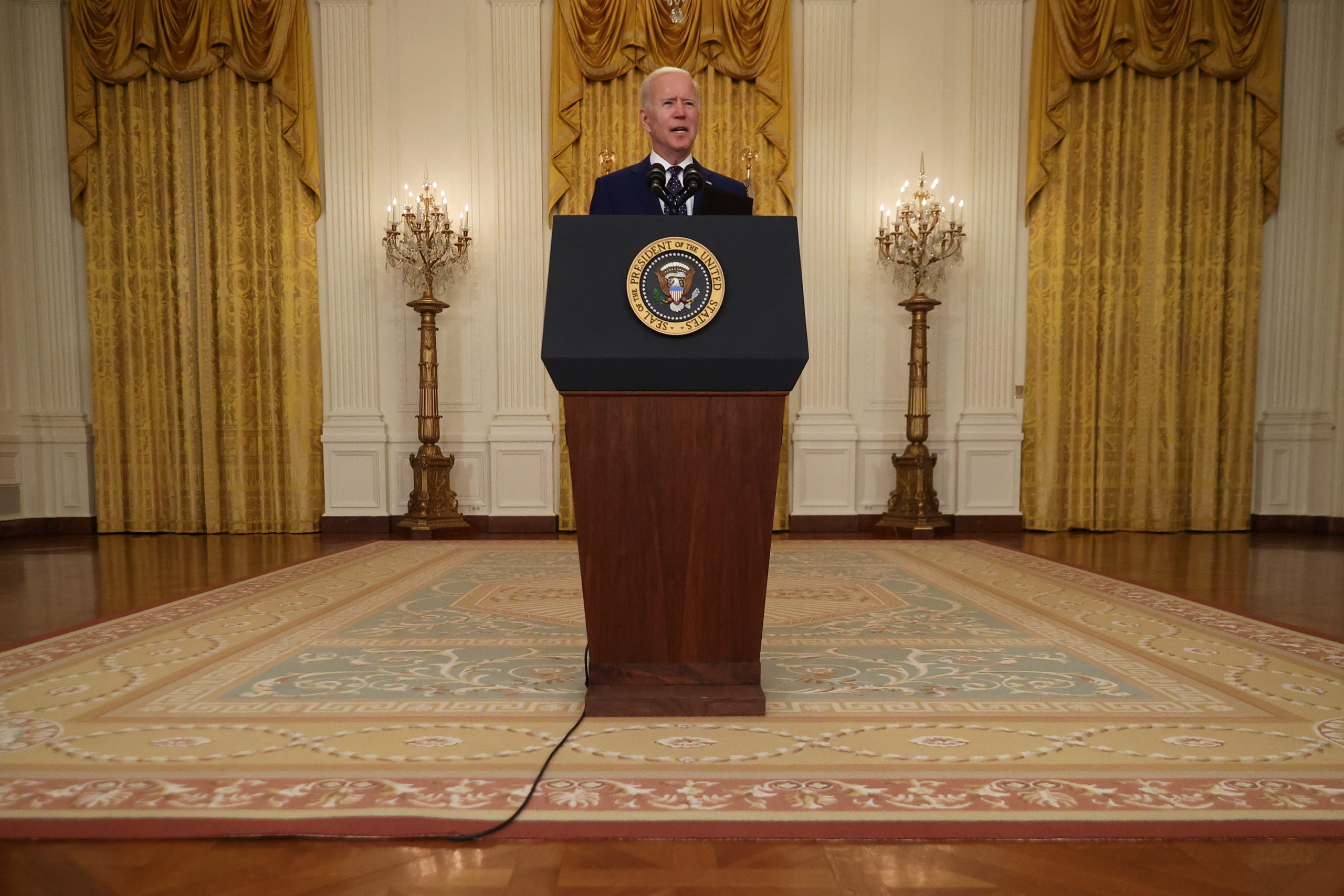 Dr. Anthony Fauci said during the White House’s coronavirus press briefing April 12 that vaccinating Americans with two doses of either the Moderna and Pfizer vaccines would stop the spread of the new variant as effectively as the wild-type, but that additional spikes across the country could lead to further mutations. The Johnson & Johnson vaccine still requires more testing before its efficacy against the new variants can be determined, Fauci added.

“The variant, the B117 – I call it that rather than the UK variant – has become quite dominant in the US. We’re having the same experience that the UK had; an acceleration associated with the variant,” he added in an interview with BBC on April 13. “With regard to the South African variant, the Brazilian variant, the P1, we do have some of that in the US but it is currently at a low enough level that it is not accounting for the disturbing increases in cases that we’re seeing.”

$1 billion of Friday’s investment will be directly allocated to help states perform genomic sequencing, which White House officials say will help “the CDC and state and local public health leaders can implement known prevention measures to stop the spread.”

The remainder of the tranche will split into $400 million and $300 million investments in “innovation initiatives including the launch of new innovative Centers of Excellence in Genomic Epidemiology” and flexing out a National Bioinformatics Infrastructure, respectively.