A Hong Kong court sentenced five top pro-democracy advocates to up to 18 months in prison Friday for orchestrating an enormous anti-government protest in 2019.

Among those sentenced was Jimmy Lai, a media tycoon who has been an outspoken critic of the Chinese Communist Party (CCP) and its encroachment on Hong Kong’s autonomy, according to the Associated Press. The 2019 protest was estimated to consist of 1.7 million people, who marched in opposition to a bill that would have allowed suspects to be extradited to mainland China.

The protest triggered a massive crackdown by Beijing, which has stemmed into 2021 and jeopardized the former British colony’s autonomy. The CCP in March approved a sweeping change to the city’s election law that ensured only “patriots” loyal to Beijing would be elected. 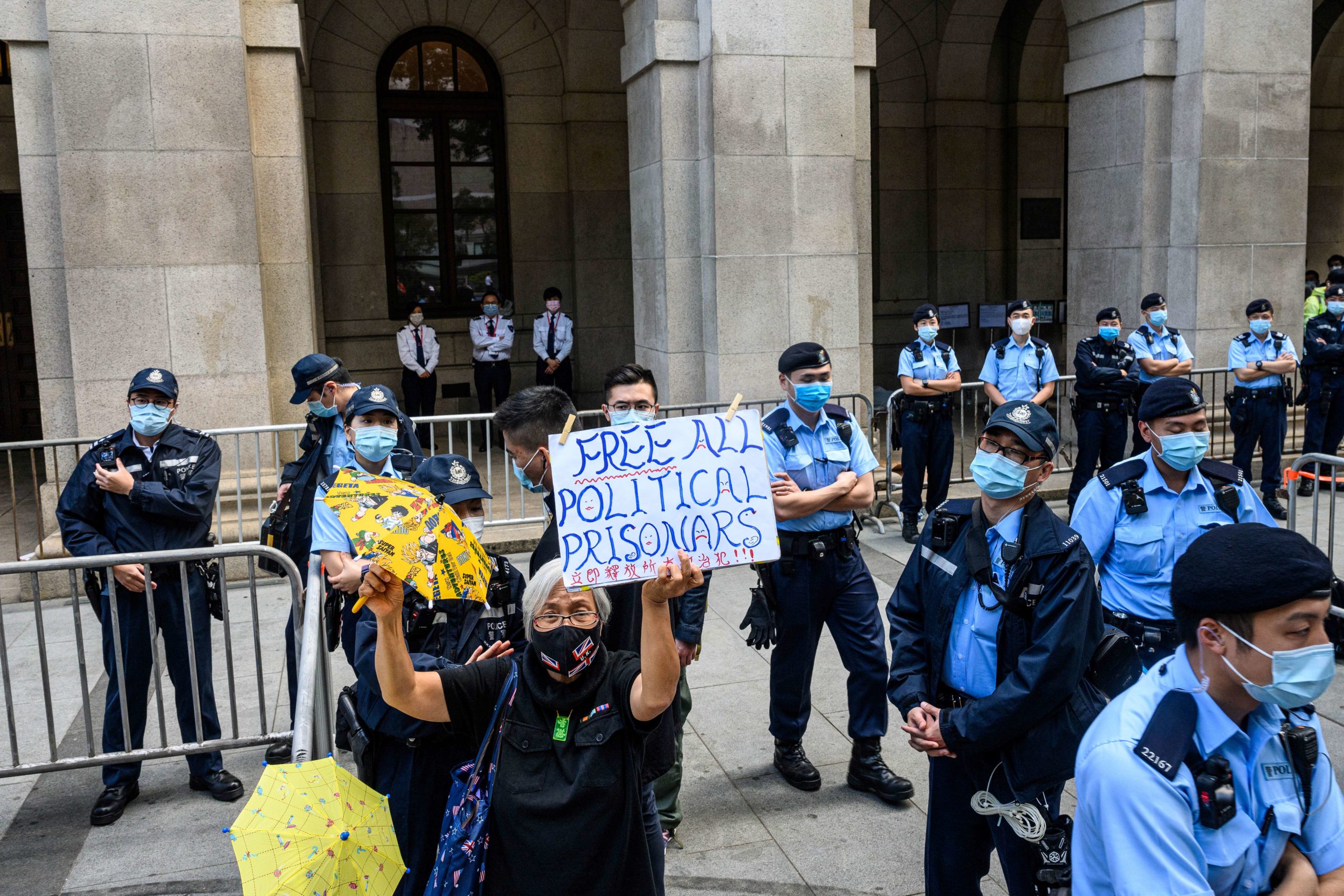 A pro-democracy activist holds up a placard as police stand guard outside the Court of Final Appeal in Hong Kong on February 1, 2021. (ANTHONY WALLACE/AFP via Getty Images)

Lai, the founder of the tabloid Hong Kong’s Apple Daily, was sentenced to 14 months in prison for organizing the marches in 2019, according to the AP. He was also charged with conspiring to collude with foreign powers and helping local activists escape the city under Hong Kong’s new Beijing-backed national security law. (RELATED: Jimmy Lai Arrested After Hong Kong Police Raid His Newspaper)

Lee Cheuk-yan, another pro-democracy activist, was also sentenced to 14 months in prison for his role in the two 2019 marches, according to the AP. Two former pro-democracy lawmakers received sentences of 8 and 18 months, while another lawmaker who originally pleaded guilty received a sentence of 10 months.

“I’m ready to face the penalty and sentencing and I’m proud that I can walk with the people of Hong Kong for this democracy,” Lee Cheuk-yan said before his sentencing, according to the AP. “We will walk together even in darkness, we will walk with hope in our hearts.”

China has also faced international criticism over its increased aggressiveness toward Taiwan and in the South China Sea as well as its forcible relocation of as many as one million Muslim Uighurs into concentration camps in its western Xinjiang region.