The White House quickly backtracked President Joe Biden’s Friday decision to maintain the Trump administration’s low refugee cap levels and now maintains that he will set a “final, increased” cap by May 15.

“The President’s directive today has been the subject of some confusion,” press secretary Jen Psaki said in a statement distributed Friday afternoon. “Last week, he sent to Congress his budget for the fiscal year starting in October 2021, which honors his commitment. For the past few weeks, he has been consulting with his advisors to determine what number of refugees could realistically be admitted to the United States between now and October 1. Given the decimated refugee admissions program we inherited, and burdens on the Office of Refugee Resettlement, his initial goal of 62,500 seems unlikely.” (RELATED: Biden To Maintain Trump Administration’s Low Refugee Cap Despite Promise To Increase It: Report) 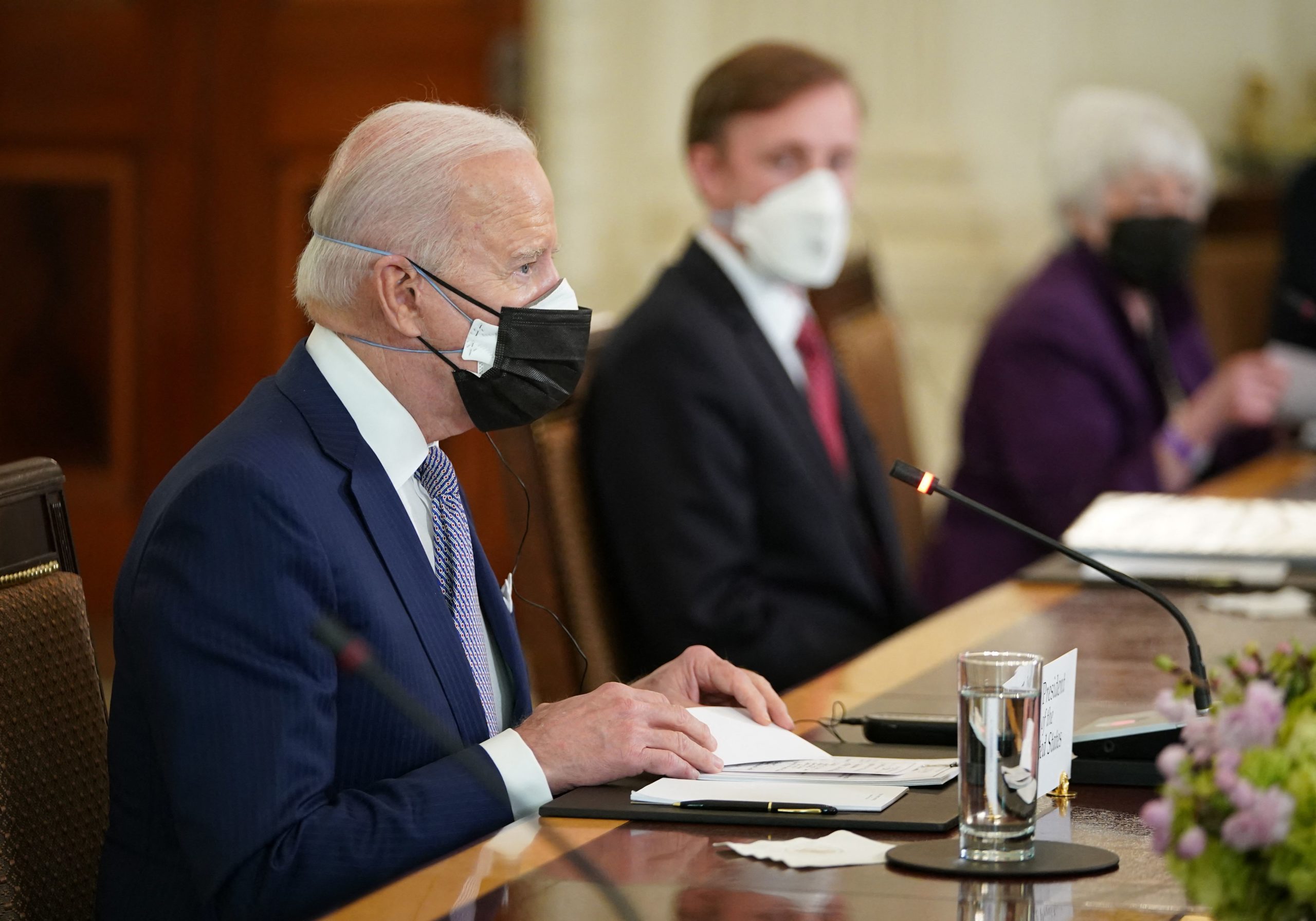 US President Joe Biden takes part in an expanded bilateral meeting with Japan’s Prime Minister Yoshihide Suga in the State Dining Room of the White House in Washington, DC on April 16, 2021. (Photo by MANDEL NGAN/AFP via Getty Images)

Psaki added that “while finalizing that determination, the President was urged to take immediate action to reverse the Trump policy that banned refugees from many key regions, to enable flights from those regions to begin within days; today’s order did that.”

“With that done,” she continued, “we expect the President to set a final, increased refugee cap for the remainder of this fiscal year by May 15.”

Democratic New York Rep. Alexandria Ocasio-Cortez tweeted that “Biden promised to welcome immigrants, and people voted for him based on that promise,” but instead upheld “the xenophobic and racist policies” of the Trump administration.

“These refugees can wait years for their chance and go through extensive vetting,” Illinois Democratic Sen. Dick Durbin said in a statement. “Thirty-five thousand are ready. Facing the greatest refugee crisis in our time there is no reason to limit the number to 15,000. Say it ain’t so, President Joe.”

House Judiciary Committee chairman Jerry Nadler said that the announcement fell “far short” of Biden’s past promises on the issue.

Previous reporting indicated that the president originally made his decision due to political pressure stemming from the ongoing crisis at the United States’ southern border.