Where you shoot matters.

For the total newbie that’s arming themselves for their own defense, completely new to guns or concealed carry, it’s actually important to find somewhere that will help you develop the necessary skills with a gun to put rounds on target when it really matters.

So, if you find a few different shooting ranges in your area pay attention to the range rules. This will tell you whether or not going there and paying the range fees and so on are going to actually be worth your time.

For most people, the shootin’ place tends to be some sort of indoor range and/or gun club, often enough part of a gun store where you can rent a gun if you want. They’ll also invite you to pay too much for a box of very average ammunition.

However, herein layeth the problem:

No drawing from the holster, and limiting how fast you can shoot. Typically the latter is expressed as “no more than one shot per second.”

Any range that doesn’t allow you to do those things is not conducive to pretty much anything besides pure target shooting. Now it’s not that doing that is worthless; having solid marksmanship with a handgun or carbine or whatever is obviously a good thing.

And if all you own guns to do is punch paper and try to put a cloverleaf in a bullseye, that’s fine. There are even some shooting sports totally devoted to it; NRA Bullseye is still a thing.

However, since we here are more concerned with concealed carry and therefore practical shooting, that’s just not good enough, is it? Fudd ranges are a barrier to getting better, as if there aren’t enough things that get in the way.

Not that anyone cares, but here’s an illustrative example from where I live about how to choose where to shoot, and the choices I make.

In my area, there are two gun shops/indoor ranges (one in Spokane Valley and one in Post Falls, Id.) within about a 45-minute drive from my house. There are also two gun clubs.

However, I have a fifth option. A better option. Something that, due to the circumstance of where I live, is (thankfully) available to me but isn’t necessarily available to everyone. And those of us who avail ourselves of it, typically wish it were.

The closest of those two indoor ranges and gun clubs is about a 20-ish minute drive, with another about another 10 minutes by car. That’s just to get there. Then there are range fees and yadda yadda yadda.

If I drive the same amount of time in the other direction, there’s about 8,000 acres that belong to the Bureau of Land Management. Public lands, set aside for our recreation, and the beauty of BLM land is that you can shoot on a lot of it.

There are no range fees; it belongs to all of us. I can do whatever I want to do for shooting practice. Draw from the holster, work on my splits, or leave the bounds of handguns behind and work on my off-hand rifle shooting for hunting season.

There’s no RO, and I get to enjoy the great outdoors. 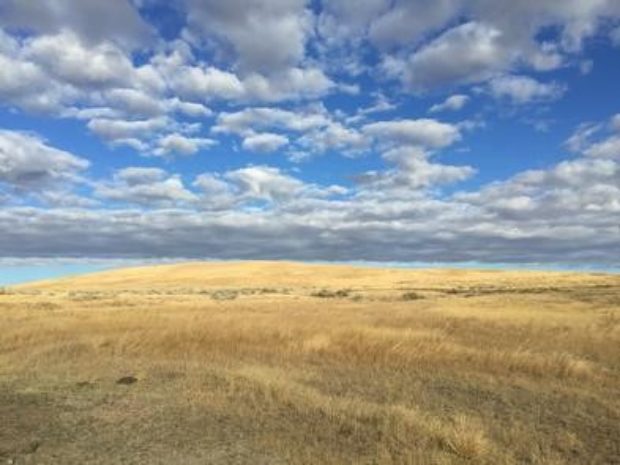 It’s not the prettiest place in the world, but it sure beats the hell out of some dingy indoor range amidst the urban sprawl. When unconstrained by other factors, that’s where I always go to shoot.

Carrying all my gear from the car is a pain, but it’s worth it.

And now we come to a PSA about public lands. If you’re a shooter, you should care about them.

For one, public lands set aside areas for our benefit and recreation. These are places we can shoot, hunt, hike, fish, camp and enjoy ourselves in a place that is unspoiled – or at least minimally spoiled – by development.

We, the people, own them, though they are managed by the federal government. They are for us. If more of us use them, more of us may come to care about them, their care and their preservation.

And some public lands preserve areas of the most sublime beauty, deserving of conserving in their natural state for current generations and those yet to come. The next generation of shooters, hunters and fisherpeople should have the same or more opportunity than ours.

In fact, public lands set aside for shooting was one of the purposes that have been in mind from the very beginning.

What you might not know is that there’s an excise tax on guns and ammunition, which is part of the Pittman-Robertson Act. It’s paid by manufacturers, though the cost is passed on (as many are) to the end consumer.

Those funds go to the federal government, who allocate it back to the states.

Now, one of the purposes for which those funds can be spent is for the individual states to purchase lands for the purpose of constructing and maintaining public shooting ranges. They don’t get erected all the time, but a few go up every year.

So, if you’ve ever had the thought that there are no government programs that benefit the shooting sports, you’re actually wrong.

And with millions of new gun owners and shooters joining the ranks there’s no better time for a lot of us to start pestering the state legislature to build one.

Click here to get The Complete Concealed Carry Training Guide

Sam Hoober is a Contributing Editor to AlienGearHolsters.com, a subsidiary of Hayden, ID, based Tedder Industries, where he writes about gun accessories, gun safety, open and concealed carry tips. Click here to visit aliengearholsters.com.