Julie Su, President Joe Biden’s nominee for deputy secretary of labor, failed to enforce a California law aimed at preventing pedophilia while she was the state’s labor commissioner, according to state data and news reports.

As California’s labor commissioner, Julie Su led the agency tasked with enforcing the state’s labor law including the Hollywood Child Protection Act, which was signed into law by former Gov. Jerry Brown in 2012 after a series of high-profile cases of pedophilia in the Hollywood film industry. The legislation implemented a permit system, mandating everyone — from publicists and managers to acting coaches and photographers — who works with child actors to receive a so-called Child Performer Services Permit from the labor department.

However, many individuals who worked with children in Hollywood didn’t get a permit during Su’s tenure as labor commissioner. Her department didn’t refer a single violation of the legislation to a prosecuting agency, according to data the California labor department shared with the Daily Caller News Foundation, despite evidence suggesting the law was largely ignored during that time, Deadline reported in 2018.

The law states that the labor commissioner’s office (LCO) is responsible for approving applicants who must first get fingerprinted and pass a federal background check. Failure to comply with the law and receive a permit while working with children may result in a $10,000 fine and one year in jail.

“We’ve seen the problem escalate, and we’ve seen more public cases. We could see that the problem of pedophiles in the entertainment industry wasn’t going to go away,” Anne Henry, co-founder of the BizParentz Foundation, told the Los Angeles Times in 2012. “That meant we had to take action to protect our children.”

BizParentz sponsored the legislation, which passed through California’s legislature with bipartisan support, according to the Los Angeles Times. It went into effect on Jan. 1, 2013. (RELATED: ‘Basically Cops’: Biden Labor Nominee Created An Armed Police Force To Prosecute Wage Theft In California) 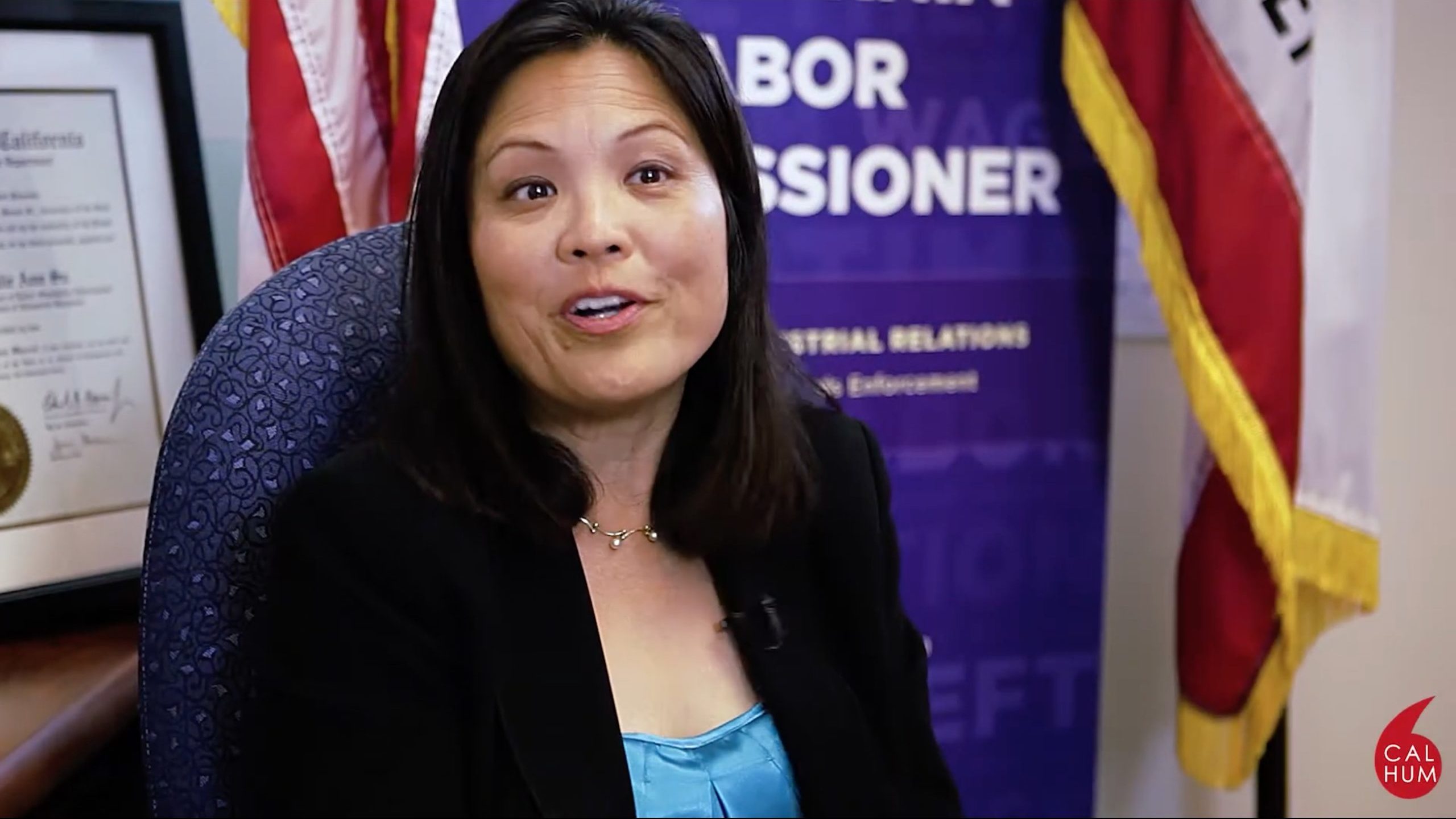 Julie Su speaks in a video message on Dec. 8, 2016 when she served as California labor commissioner. (California Humanities/Video screenshot/YouTube)

An April 2018 Deadline report found that the state, while the LCO was under Su’s command, hadn’t adequately enforced the legislation. Su served as the labor commissioner between 2011 and the end of 2018, meaning she was in charge of overseeing the enforcement of the labor code from when the Hollywood Child Protection Act was enacted to when Deadline published its investigation.

Deadline examined the public Child Performer Services Permit database maintained by the Department of Industrial Relations (DIR) and cross-checked the individuals who had received a permit with names of people working with children in Hollywood. Dozens of known managers, acting coaches and photographers who worked with children had received a permit, according to Deadline.

Deadline’s analysis of the database further showed that not a single Hollywood publicist had received a permit.

Meanwhile, there hasn’t been any prosecution or case brought against any individual related to the Hollywood Child Protection Act since 2013, DIR spokesperson Paola Laverde told the DCNF in a statement.

“LCO is not aware of any person being charged with violation of AB 1660,” she said.

“There are dedicated LCO representatives that monitor the [Child Performer Services] website,” Laverde continued, explaining the labor department’s internal process for overseeing the permit system. “If the LCO representative receives a complaint they will refer that complaint to the Licensing and Registration Unit’s management team who may discuss the issue with the LCO legal team.”

But, Laverde said the legislation never laid out a legal referral process and that the LCO isn’t required to actually enforce the permit system. She noted that the legislation says California’s attorney general, any district attorney or any city attorney may “institute an action” for a violation of the law.

Laverde said any individual or stakeholder may also file a complaint related to the law. She noted the labor department is committed to investigating all issues involving minors in Hollywood. (RELATED: Biden’s Nominee To Lead ATF Pushed Dubious Claim About Waco Siege To Call For Blanket Ban On Assault Rifles)

“No person shall represent or provide specified services to any artist who is a minor, under 18 years of age, without first submitting an application to the Labor Commissioner for a Child Performer Services Permit and receiving that permit,” the law states. 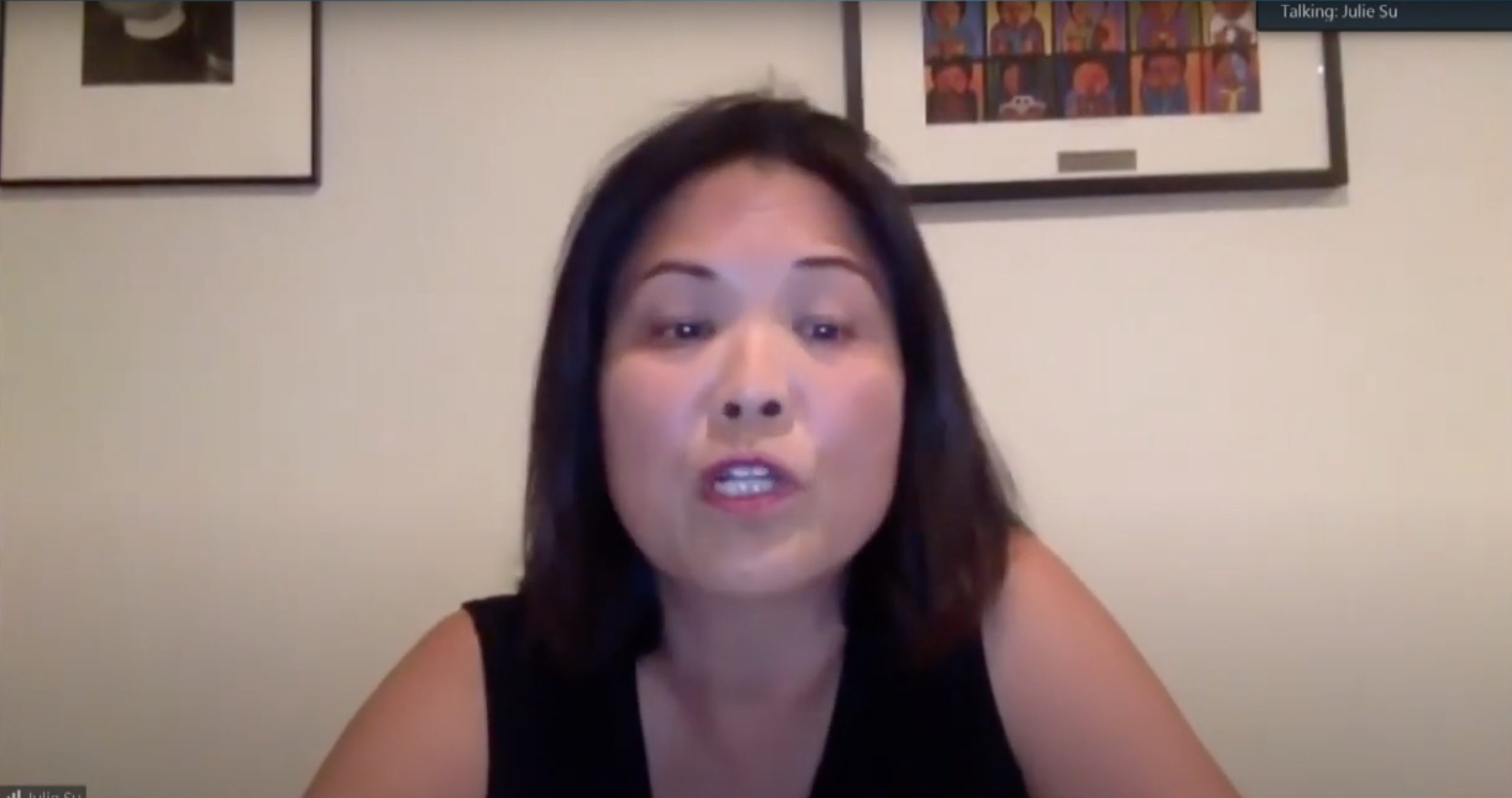 Los Angeles County District Attorney’s Office spokesperson Greg Risling told the DCNF that, after conducting a review, it appeared the labor department has never referred a case related to the Hollywood Child Protection Act to the district attorney for prosecution. The Los Angeles district attorney has jurisdiction over Hollywood.

Risling confirmed the district attorney’s office could pursue a Hollywood Child Protection Act case without a referral from the LCO.

At the time of Deadline’s report in 2018, there had been just 292 total Child Performer Services Permit granted by Su’s office.

In 2019, after Su left the role of labor commissioner, the LCO granted 743 permits. The LCO gave out 231 more permits in 2020. (RELATED: Gov. Gavin Newsom Claims Right-Wing Extremists Are Behind Recall Efforts)

The LCO told the DCNF it was unaware of why there was a marked increase of permits granted in 2019. 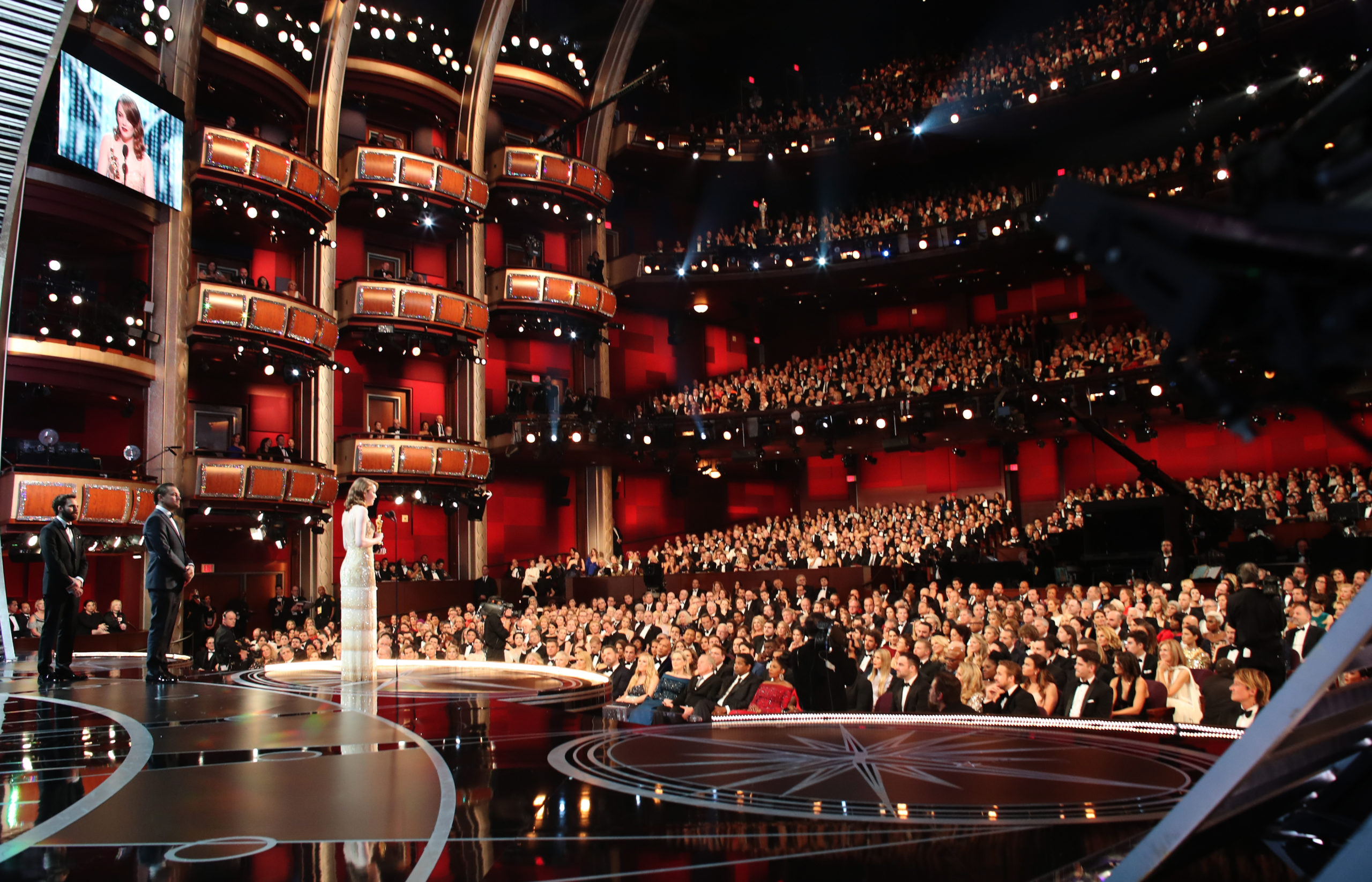 “The best screenwriters couldn’t have imagined a worse story for children working in Hollywood, or a better scenario for the many convicted pedophiles working in the industry today,” Gabe Hoffman, the executive producer of the documentary An Open Secret, told the DCNF.

An Open Secret investigated the cases of Martin Weiss and Brian Peck, who both worked with child stars in Hollywood and were convicted of sexual assault of a minor. The Hollywood Child Protection Act was designed to prevent individuals like Weiss and Peck, who have since returned to the film industry as registered sex offenders, from working with children in the future, according to Deadline.

Henry, from the BizParentz Foundation, declined to comment on the state’s enforcement of the legislation, but said BizParentz remains committed to child safety in a statement to the DCNF.

“We support all efforts to ensure that safety, especially preventative measures such as Child Performer Services Permits,” she told the DCNF. (RELATED: It’s Not Just Weinstein — Entertainment Industry Filled With Accused Sex Abusers)

At the beginning of her time serving as labor commissioner, Su notably created the Criminal Investigation Unit, an armed police force tasked with investigating labor-related crimes like wage theft. One of her reasons for creating the unit was to ensure that the department presented sufficient evidence for a conviction when referring cases to district attorneys.

Democratic Gov. Gavin Newsom appointed Su to lead the state’s Labor and Workforce Development Agency in January 2019. Biden nominated her to be the deputy secretary of labor in February, The Associated Press reported.

Su’s office didn’t respond to a request for comment.

The Senate Health, Education, Labor, and Pensions Committee will vote on whether to send Su’s confirmation to the Senate for a floor vote on Wednesday, according to the committee’s official schedule.