A suspected poacher died Saturday after he was trampled to death by a herd of wild elephants, according to authorities.

The South African National Parks (SANParks), the agency in charge of managing the country’s national parks, announced Sunday the death of an unidentified suspected poacher and the arrest of a suspected accomplice.

The suspected poacher and his accomplice were fleeing rangers in the Kruger National Park (KNP) “when they ran into a breeding herd of elephants,” according to SANParks.

Field Rangers were patrolling the Phabeni area when they noticed a group of three individuals attempting to run away, according to the press release.

“When they realized they had been spotted, the suspected poachers dropped an axe and a bag with their provisions in an attempt to escape from the rangers,” SANParks said. (RELATED: African elephants Are Being Poached To Near Extinction, Conservation Group Warns)

Rangers, with the help of a K9 unit and Airwing unit, arrested one of the suspects who informed authorities the group ran into a herd of elephants and he was unsure if his accomplice escaped, according to SANParks.

“The Rangers discovered his accomplice badly trampled” and the man later succumbed to his injuries, according to the press release. A third suspect was also injured but managed to escape, according to SANParks. Authorities found a rifle at the scene.

Gareth Coleman, the managing executive of the KNP, applauded the arrests.

“We are proud of the teamwork and dedication of our Rangers Corp, our aviators and the K9 unit. It is unfortunate that a life was unnecessarily lost. Only through discipline, teamwork and tenacity will we be able to help stem the tide of rhino poaching in KNP.” 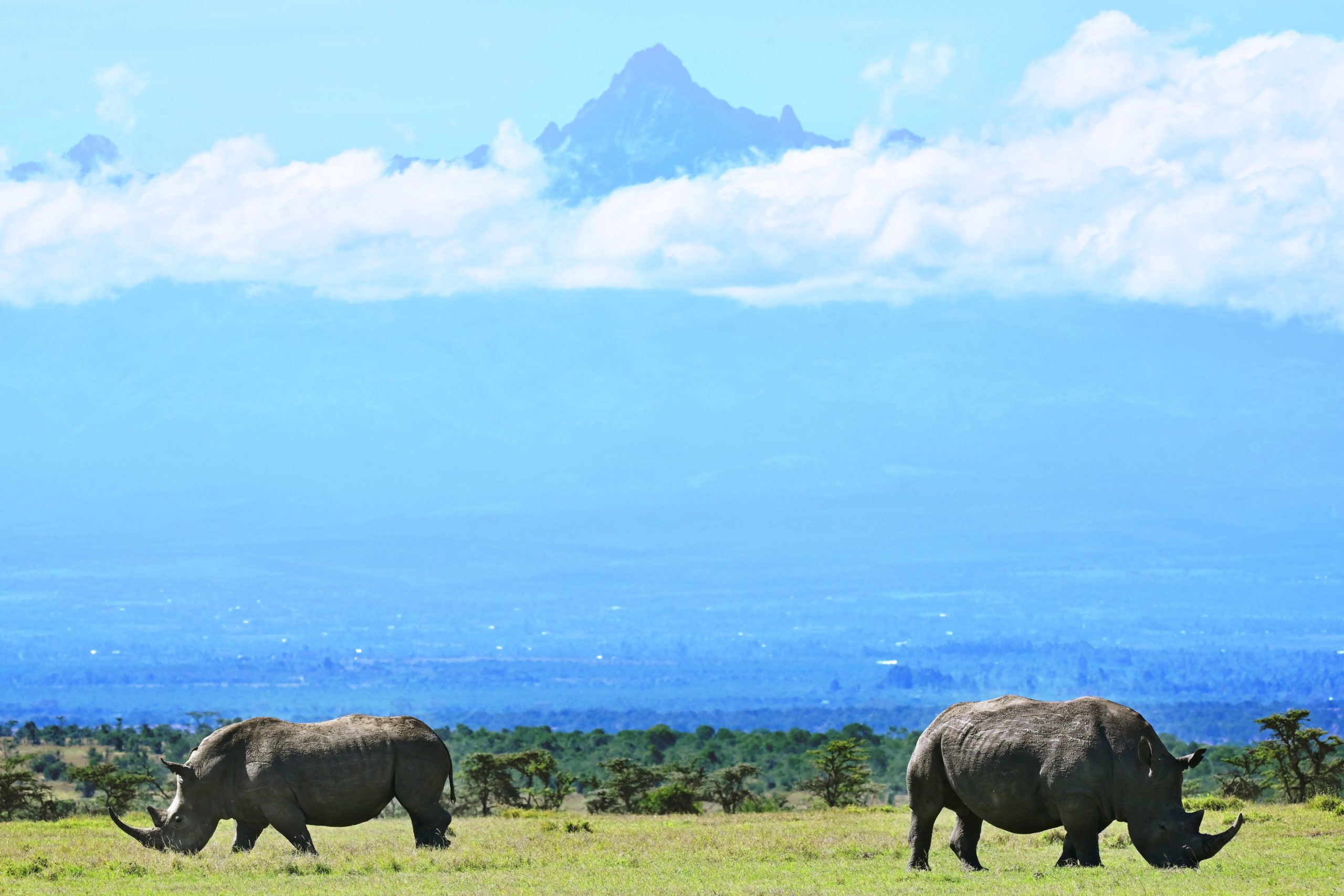 A picture taken on May 28, 2019 shows a pair of white rhinoceros grazing in the morning, with Mt. Kenya’s peak in the background, at Ol-Pejeta conservancy at Laikipia’s county headquarters, Nanyuki. – (TONY KARUMBA/AFP via Getty Images)

“The campaign against poaching is the responsibility of all us; it threatens many livelihoods, destroys families and takes much-needed resources to fight crime which could be used for creating jobs and development,” Coleman added.

Approximately 100,000 African elephants were killed in the three years leading up to 2014, according to National Geographic. Central Africa saw the most reports of poaching, with the regional elephant population dropping 64% over the decade, according to the report.

While there were reports that elephant poaching was declining in 2020, elephant poaching has remained relatively constant in southern, western and Central Africa but there has been a decline in East Africa, according to Scientific Reports.

Elephants are mainly poached for their ivory, despite an international ban on ivory trade, according to For Elephants. Ivory tusks are used to make piano keys, jewelry and other commodities. Poachers also kill elephants for their skin and meat, according to the organization.

Rhinos are also targeted by poachers. Between 2006 and 2020, 9,885 African rhinos were poached, according to Save The Rhino, a conservation charity based in the U.K.

Horns are used in traditional Chinese medicine but have also been used as a symbol of wealth and power, according to Save The Rhino. Poachers will tranquilize the animal, cut its horns off and then leave the rhino to bleed to death, according to the organization.