President Joe Biden told reporters gathered in the Oval Office that he is “praying” the jury in Derek Chauvin’s trial will issue the “right verdict.”

“I’m praying the verdict is the right verdict,” Biden stated Tuesday ahead of his meeting with the Congressional Hispanic Caucus. “I think it’s overwhelming, in my view. I wouldn’t say that unless the jury was sequestered.”

The president also confirmed his phone call with the family of George Floyd, adding that he “can only imagine the pressure and the anxiety that they’re feeling.” (RELATED: Biden Called Floyd Family, Told Them He Is Praying For Them, Brother Says) 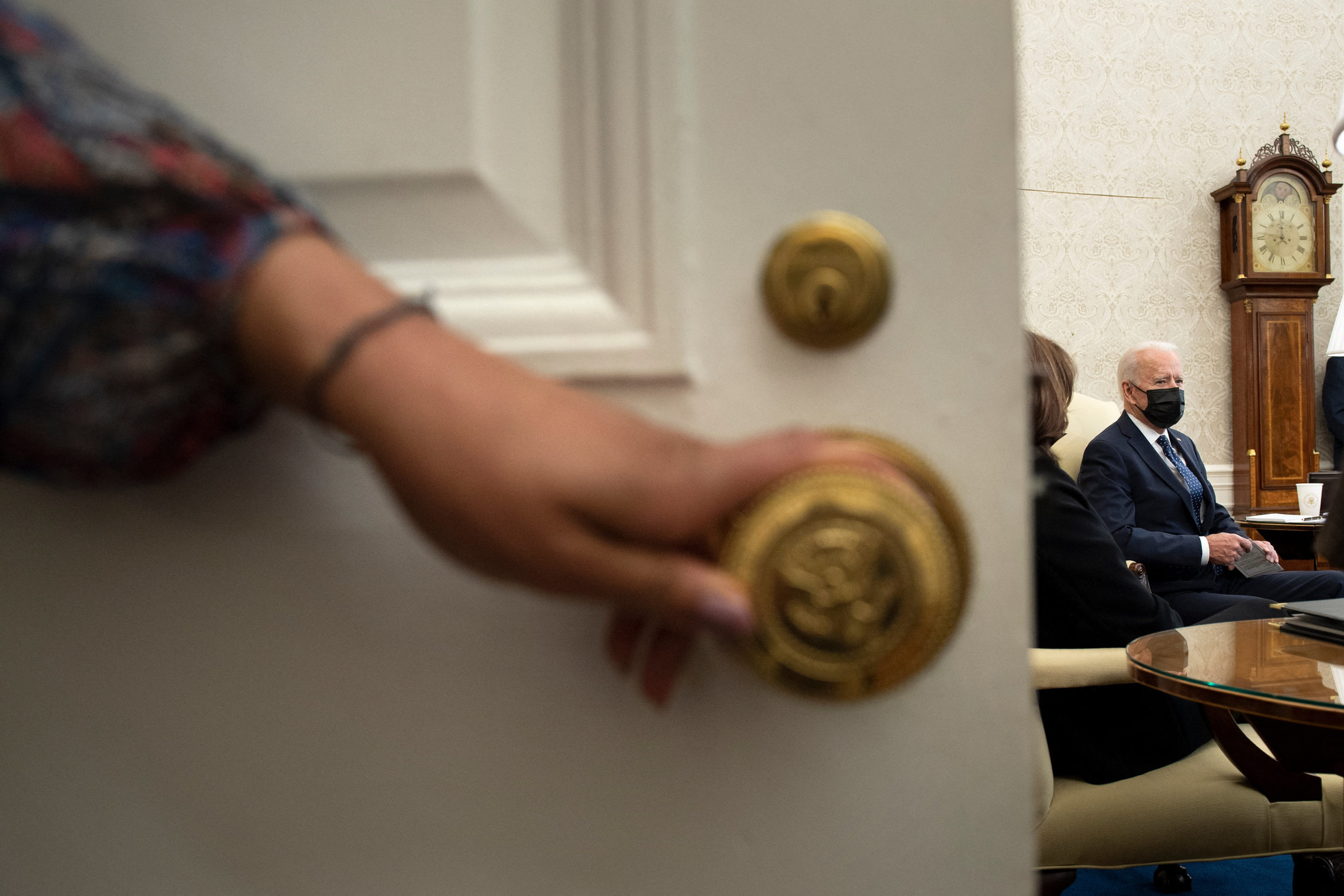 US Vice President Kamala Harris listens while US President Joe Biden speaks to the press before a meeting with the Congressional Hispanic Caucus in the Oval Office of the White House April 20, 2021, in Washington, DC. (Photo by BRENDAN SMIALOWSKI/AFP via Getty Images)

“They’re a good family,” he continued, “and they’re calling for peace and tranquility no matter what the verdict is.”

Biden’s comments mark the first time the administration has spoken, however briefly, about a forthcoming verdict in Chauvin’s trial. White House press secretary Jen Psaki has repeatedly declined to answer questions about the federal government’s coordination with the state of Minnesota to prevent violence should Chauvin not be found guilty, but both she and the president have urged protesters not to resort to violence.

“They’ll come back with a verdict, and we’re not going to get ahead of those deliberations. I’m not suggesting you’re asking that, but I just wanted to restate that,” Psaki told the Associated Press’ Jonathan Lemire at Monday’s briefing. “We’re in touch with states, with governors, with mayors.  And certainly, you know, we will continue to encourage peaceful protests, but we’re not going to get ahead of the verdict in the trial.”