President Donald Trump’s former cabinet member John Bolton has released a poll Tuesday that he says shows the former president is losing his grip on the Republican Party.

The poll, conducted by the John Bolton Super PAC, found that Trump’s “very favorable” ratings from Republican voters has fallen by 19% since October 2020, also finding that 56% of voters who said they participate in Republican primaries would support a candidate other than Trump. Bolton also argued to reporters that an endorsement from Trump is not as beneficial to Republicans as “the commentariat” says.

“I think there’s a myth and reality at work here,” Bolton said on a call revealing the polling data, according to Politico. “The myth is, if Trump is for you, you’re in great shape. And If he’s against you you’re toast. We tested the question of how it affects primary voters if Trump opposes a candidate and it shows something of a reality very different from the myth. I don’t purport to say that’s a clear answer but it’s a pretty wide diversion from the conventional wisdom in the commentariat.” 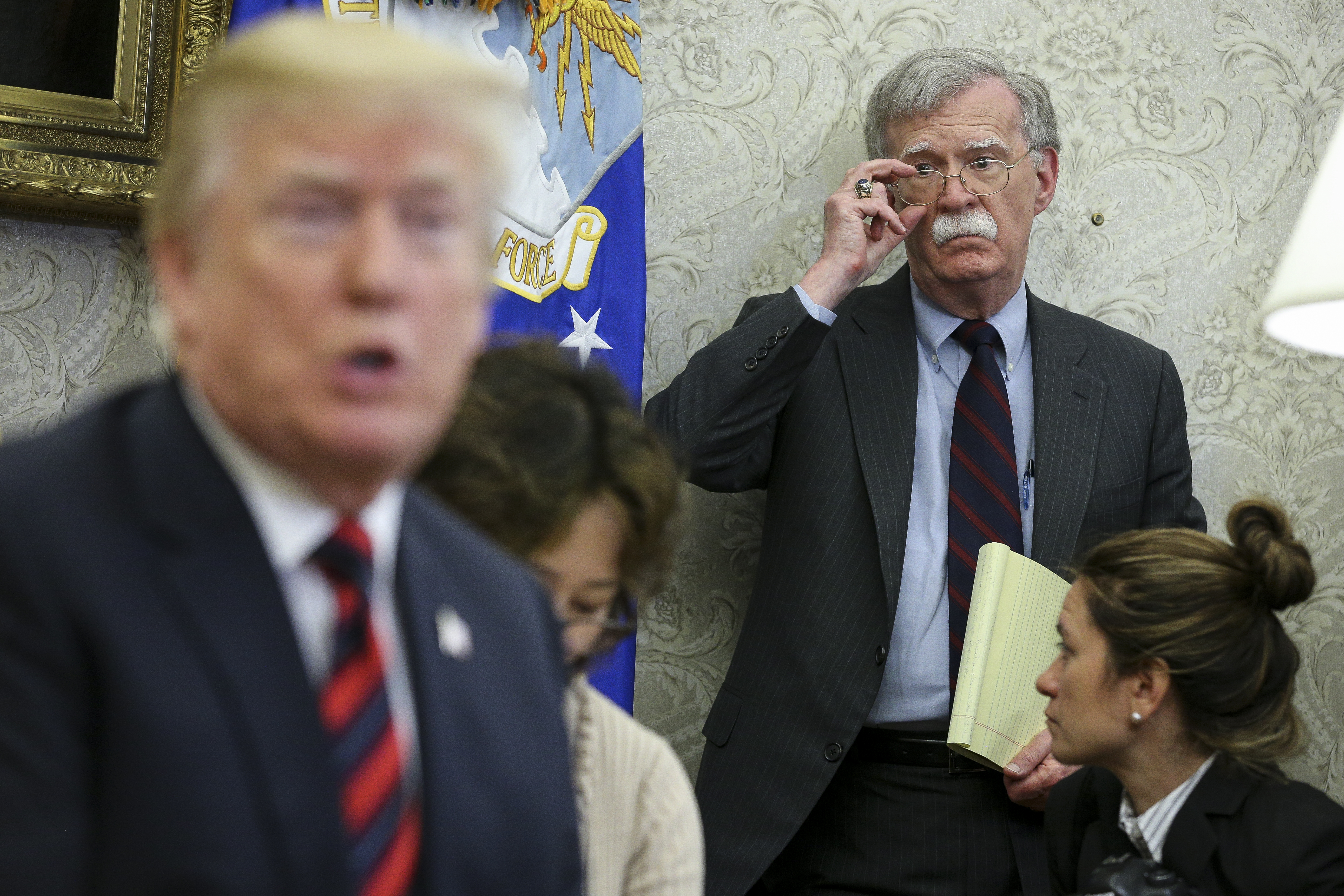 WASHINGTON, DC – MAY 22: US President Donald Trump speaks as National security advisor John Bolton listens during a meeting with South Korean President Moon Jae-in, in the Oval Office of the White House on May 22, 2018 in Washington DC. (Photo by Oliver Contreras-Pool/Getty Images)

Bolton went on to argue that Trump lost vast numbers of supporters following the pro-Trump storming of the U.S. Capitol on Jan. 6, and he will only lose more now that he cannot engage with voters on Twitter, Facebook or from the bully pulpit of the White House. (RELATED: Chris Wallace Dismisses John Bolton’s Book As ‘A One Week Story’)

“There didn’t appear to be the recognition that things changed on January 20, that Trump had gone from sitting in the most powerful office in the world to sitting by the swimming pool at Mar-a-Lago and that that’s going to have an effect over time as it is for any president who leaves office,” Bolton said.

Trump’s office responded to Bolton’s poll in a statement to the Daily Caller, with Trump Pollster John McLaughlin saying Trump is the “strongest endorsement I have ever witnessed in politics.”

Bolton and Trump have been at one another’s throats since Bolton left the Trump administration over its handling of the withdrawal of troops from Afghanistan. Bolton went so far as to predict that Trump won’t run for president in 2024 based on the poll, but will only talk loudly about it in the interim years.

Trump has heavily implied that he will run for re-election in 2024 but has not officially announced his candidacy. He has also gone to great lengths to maintain his influence in the Republican Party, telling Fox News Host Sean Hannity on Monday night that he is “all in” and is willing to hold rallies for candidates who need it.