Polis signed Senate Bill 78 into law, which requires an individual who has reasonable cause to believe a firearm was lost or stolen to report that firearm to law enforcement within five days. Offenders could be charged with a civil infraction and face a $25 fine for failing to report, and subsequent violations could result in a misdemeanor charge punishable by a maximum $500 fine.

The bill was named after Isabella Joy Thallas, who was shot and killed while walking her dog last summer. The semi-automatic rifle used in the killing was later determined to be stolen and unreported, according to CBS Denver.

Polis also signed House Bill 1106 into law, which requires gun owners to “responsibly and securely” store their firearms in order to prevent minors and other unauthorized users from accessing them. The bill classifies unlawful storage of a firearm as a misdemeanor punishable by a maximum $500 fine.

“Bringing more accountability to the process of reporting loss and stolen guns, and best practices for responsible gun ownership is really common-sense across Colorado,” the governor said Monday during a news conference. (RELATED: 2 Out Of 3 Americans Favor Tighter Gun Control, Poll Shows) 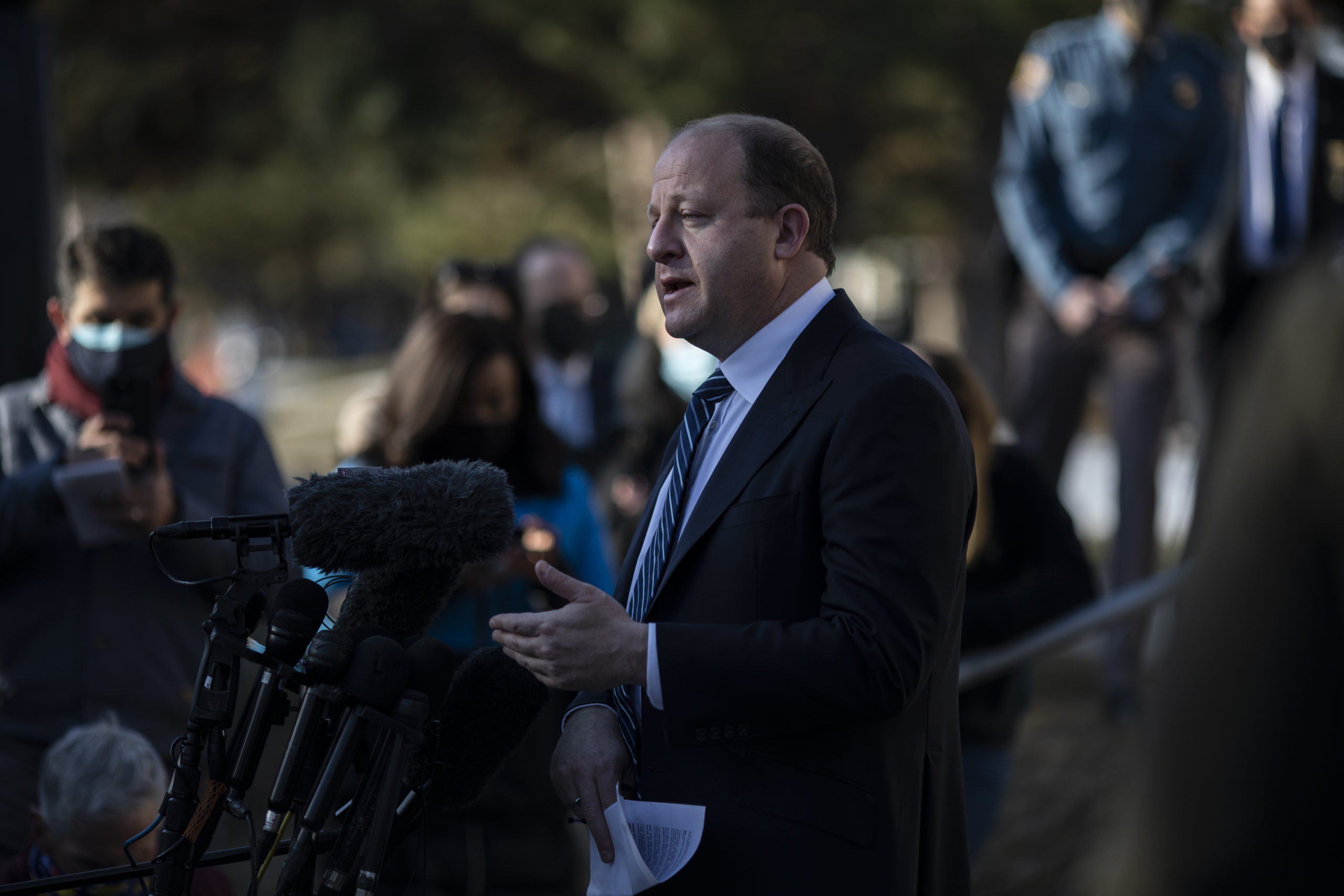 Colorado Governor Jared Polis speaks at a press conference the morning after a gunman opened fire at a King Sooper’s grocery store on March 23, 2021 in Boulder, Colorado (Chet Strange/Getty Images)

Both measures were introduced in Colorado’s State Assembly before the mass shooting at a Boulder grocery store, though state lawmakers said the incident added public pressure and a sense of urgency to act on gun control legislation, CNN reported.

Ten people, including a police officer, died after a gunman opened fire inside a King Sooper’s grocery store in Boulder. The suspect was identified as Ahmad Al Aliwi Alissa, who has since been charged with 10 counts of first-degree murder.

Gun control advocates have called for greater action in response to the incident and other mass shootings in recent weeks. President Joe Biden announced new executive actions on gun control in early April and called on Congress to pass gun control legislation.