The home of Tubman’s father, a house that the abolitionist lived in as a child, was discovered by archaeologists after a long search for the site, the State Highway Administration (SHA) announced.

“This discovery adds another puzzle piece to the story of Harriet Tubman, the state of Maryland, and our nation,” Lt. Gov. Boyd K. Rutherford said in a statement. “It is important that we continue to uncover parts of our history that we can learn from, especially when they can’t be lost to time, and other forces.”

The home was found on property bought by the U.S. Fish and Wildlife Service (USFWS) in 2020 as an addition to Blackwater National Wildlife Refuge in Dorchester County. A team of archeologists was led by the state’s Department of Transportation (DOT) and SHA.

The land was purchased for $6 million to provide future marsh migration and outdoor recreation, the SHA said in a statement. (RELATED: Treasury Department Watchdog To Review Harriet Tubman $20 Bill Delay)

The property includes 10 acres bequeathed to Tubman’s father, Ben Ross, by Anthony Thompson in the 1800’s. Ross was to be freed from slavery five years after Thompson’s 1836 death, as outlined by Thompson’s Will, according to the SHA.

Ross was freed and received the land in the early 1840’s, according to the SHA.

SHA Chief Archaeologist Dr. Julie Schablitsky began the search for Ross’ home in November and in March found nails, brick, glass, dish fragments and a button dating back to the 1800’s. 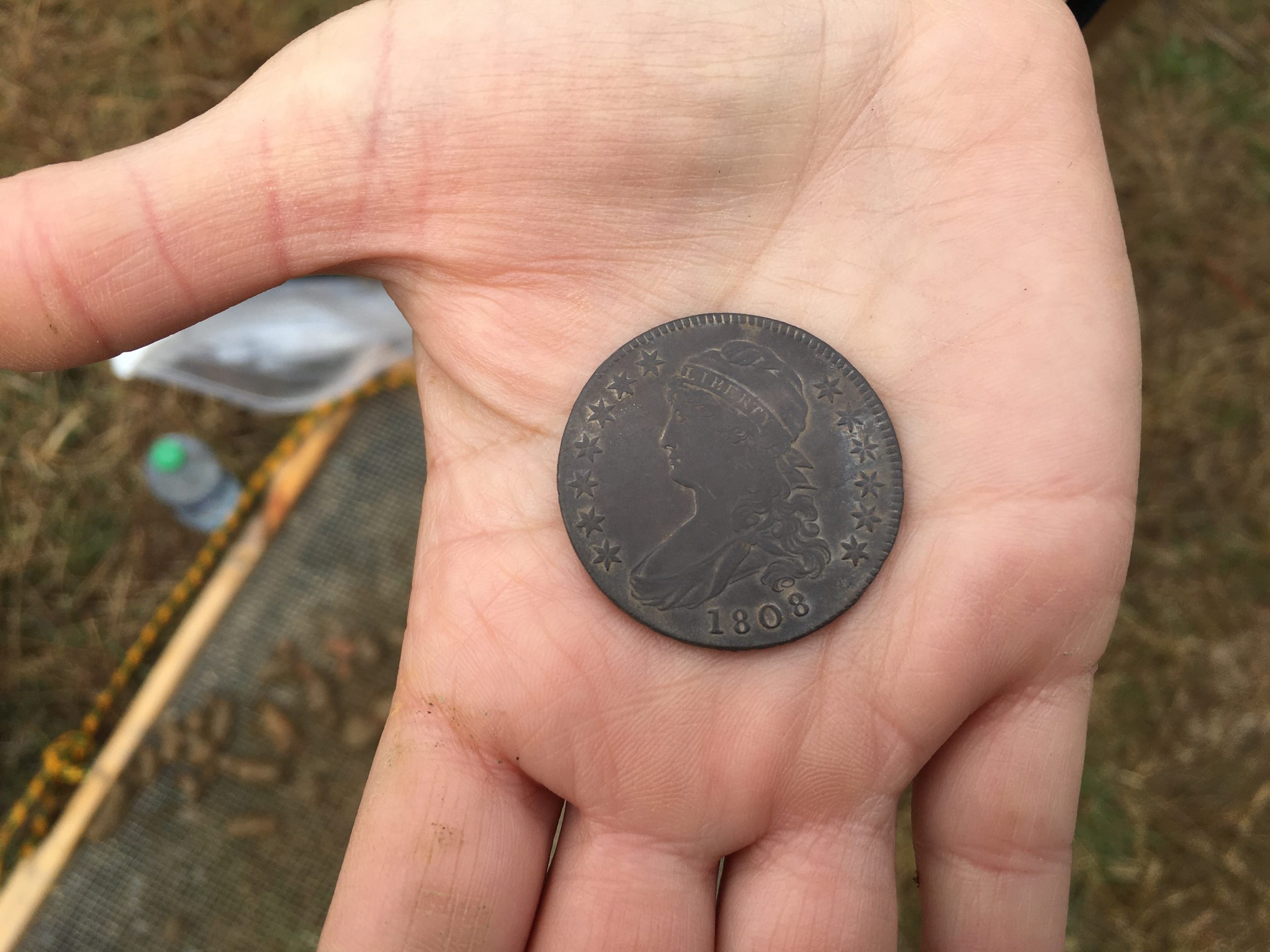 A coin dating to 1808 was found near the site of Ben Ross’ homestead [Photo credit: Maryland Department of Transportation]

“The importance of discovering Ben Ross’ cabin here is the connection to Harriet Tubman. She would’ve spent time here as a child, but also she would’ve come back and been living here with her father in her teenage years, working alongside him,” Schablitsky said. “This was the opportunity she had to learn about how to navigate and survive in the wetlands and the woods.”

“We believe this experience was able to benefit her when she began to move people to freedom.”

Schablitsky told The Washington Post she and her team originally had trouble finding any artifacts related to Tubman when they began the search last fall. 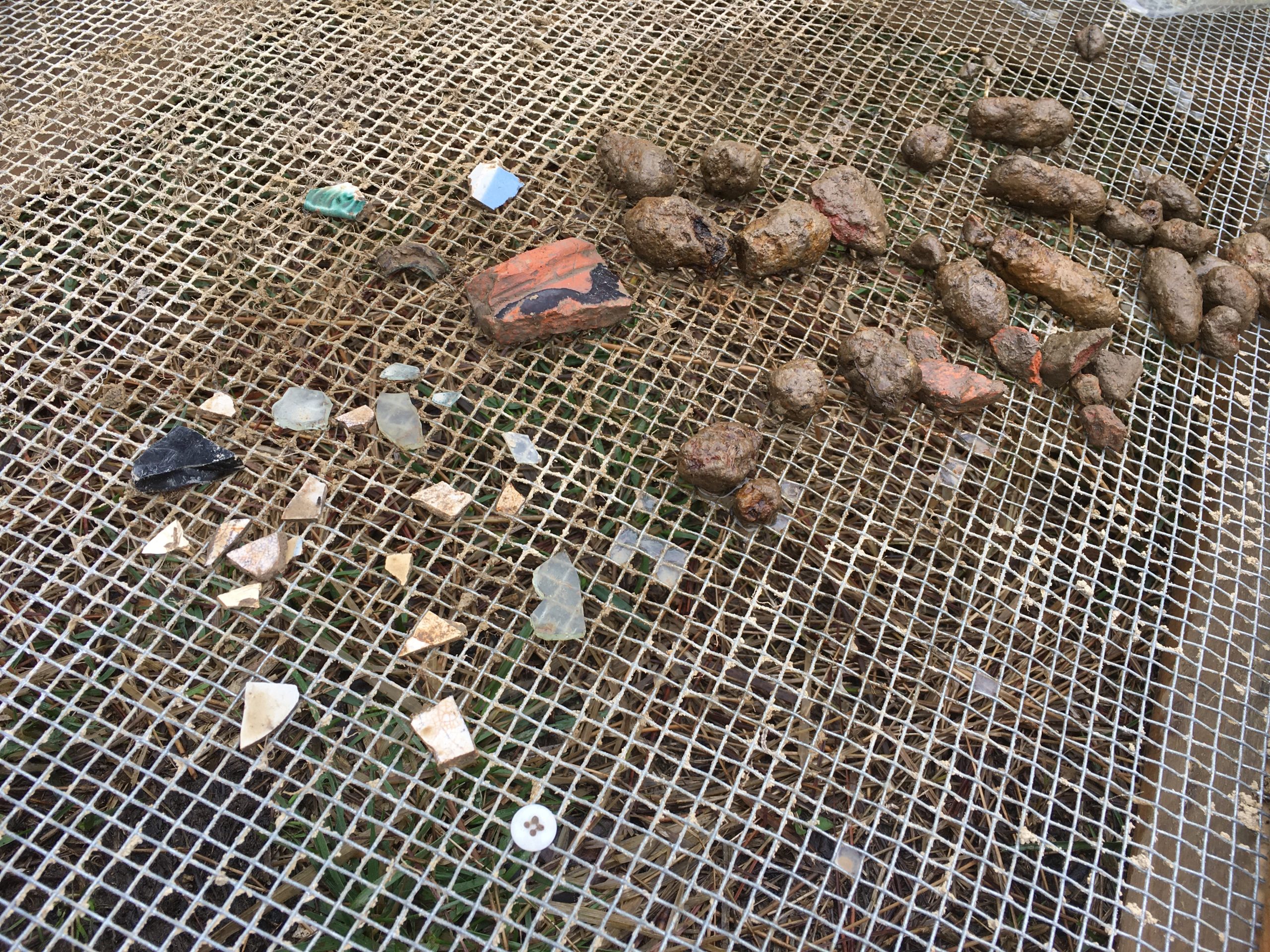 Schablitsky told the outlet the conglomeration of artifacts indicated that was where Ross’ home, which has been long gone, once stood.

Tubman’s exact birth date is unknown, but she is believed to have been born sometime between 1820 and 1822, according to the National Women’s History Museum.

Born into slavery, Tubman was rented out as a domestic servant to neighbors by the age of five, according to the National Women’s History Museum. Tubman escaped slavery in 1849 and subsequently made numerous trips back to the south to rescue dozens of people enslaved and bring them to freedom. Tubman eventually settled in New York where she fought for women’s suffrage and died in 1913.