House Democrats Tuesday blocked consideration of a bipartisan bill seeking to help the government better combat the growing number of migrants at the southern border.

The bill, titled the Border Surge Response and Resilience Act, sought to enhance security along the southern border, create a strategy to prevent the spread of COVID-19 in migrant shelters, crack down on the smuggling and human trafficking across the border and more. It was led by New York Republican Rep. John Katko, and co-sponsored by Texas Democratic Rep. Henry Cuellar.

“The Border Surge Response and Resilience Act is a commonsense approach to preparing for future migrant surges and is a direct response to a recommendation of the bipartisan and effective Homeland Security Advisory Council,” Katko said Tuesday on the House floor.

“I often hear my friends on the other side of the aisle accuse Republicans of complaining about problems rather than offering solutions,” Katko said. “Well, today we are providing the opportunity to vote on a commonsense, bipartisan, and thoughtful solution.” (RELATED: Lawmakers Introduce Bipartisan Bill Demanding Strategy To Combat Border Crisis) 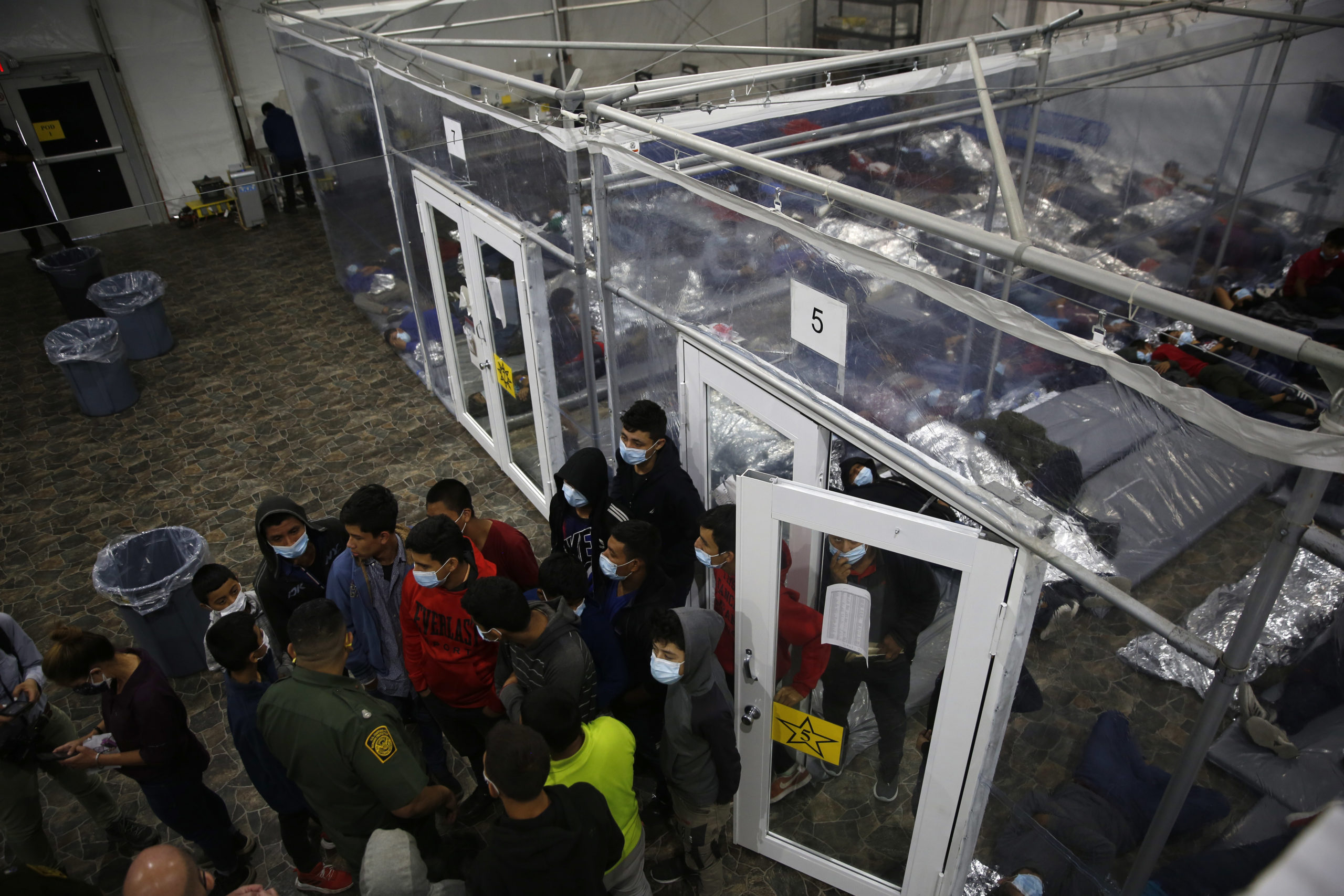 Minors talk to an agent outside a pod at the Department of Homeland Security holding facility run by the Customs and Border Patrol on March 30, 2021 in Donna, Texas. (Dario Lopez-Mills – Pool/Getty Images)

The bill also authorized a $1 billion fund for the Department of Homeland Security to use once the response plan outlined went into effect. The fund, which DHS could pull from as needed, meant that the agency would not have had to reallocate its own budget to pay for food, transportation, first-aid or other essential goods and services for the increasing number of migrants.