Lanny Davis, a Democratic public relations guru with longstanding ties to the Clintons, has signed a $75,000 monthly contract to help drop a federal case against a Ukrainian oligarch who faces bribery charges in the U.S.

Dmitry Firtash, one of Ukraine’s richest men, hired Davis’s firm to help “correct the public record” regarding the federal case pending against the oligarch, according to a filing with the Justice Department’s Foreign Agents Registration Act unit.

Davis will work with Firtash’s attorney, Dan Webb, in order to “prove that the indictment is invalid and should be dropped,” according to a consulting agreement Firtash signed with Davis’s firm, David Goldberg & Galper.

Firtash, who made his fortune in the energy industry, has been fighting extradition proceedings to avoid trial in the U.S. on charges that he attempted to bribe Indian government officials for rights to mine titanium.

While Davis has been an outspoken supporter of President Joe Biden, Firtash was identified by federal prosecutors as playing a role in the Giuliani-led effort to dig up dirt on the Biden family’s activities in Ukraine.

Firtash loaned $1 million to a Ukrainian businessman, Lev Parnas, who worked with Giuliani to investigate the Bidens. Parnas was indicted in October 2019 with illegally funneling campaign contributions to Republican political committees. 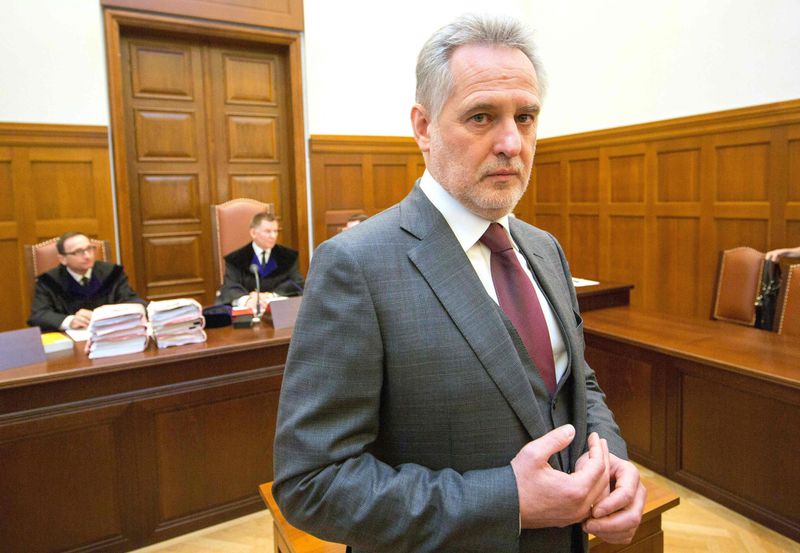 Ukrainian oligarch Dmitry Firtash is pictured prior to a public hearing at the higher regional court in Vienna on Feb. 21, 2017. A federal judge has declined to dismiss Firtash’s indictment, bringing him possibly one step closer to Chicago to face sweeping corruption charges. (GEORGES SCHNEIDER / AFP/Getty Images)

He has said in interviews that Firtash helped with the Biden effort in hopes of making his legal troubles disappear.

“For us to be able to receive information from Firtash, we had to promise Firtash something,” Parnas said in an interview with MSNBC’s Rachel Maddow. “So for Firtash, it was basically telling him that we knew his case was worthless here and that he’s being prosecuted for no reason. And that basically, it could get taken care of.”

“I am pleased to rejoin the legal defense team led by Dan Webb of Winston & Strawn to prove that Mr. Firtash is innocent of the charges filed against him by U.S. prosecutors in Chicago,” Davis said in a statement.

“I hope that the Chicago federal prosecutors and U.S. Department of Justice in Washington, D.C. will re-evaluate the case as I believe it will be determined that there are no facts to support any of the charges against Mr. Firtash.”

Davis became a prominent figure during the Trump administration as the lawyer and public relations guru for Michael Cohen, the one-time personal attorney for Donald Trump who cooperated with the special counsel’s investigation.