Religious organizations that provide temporary shelter and assistance to migrants are not as busy as they were in 2019 despite record numbers of illegal immigrants arriving in the U.S., Axios reported Tuesday.

Some organization leaders are frustrated that most families are sent back to Mexico when they have resources available for them in the U.S., Axios reported. The Biden administration continues to rapidly expel most single migrant adults and families to Mexico under the Title 42 public health order, though an exception was made to allow unaccompanied migrant minors to enter the U.S. 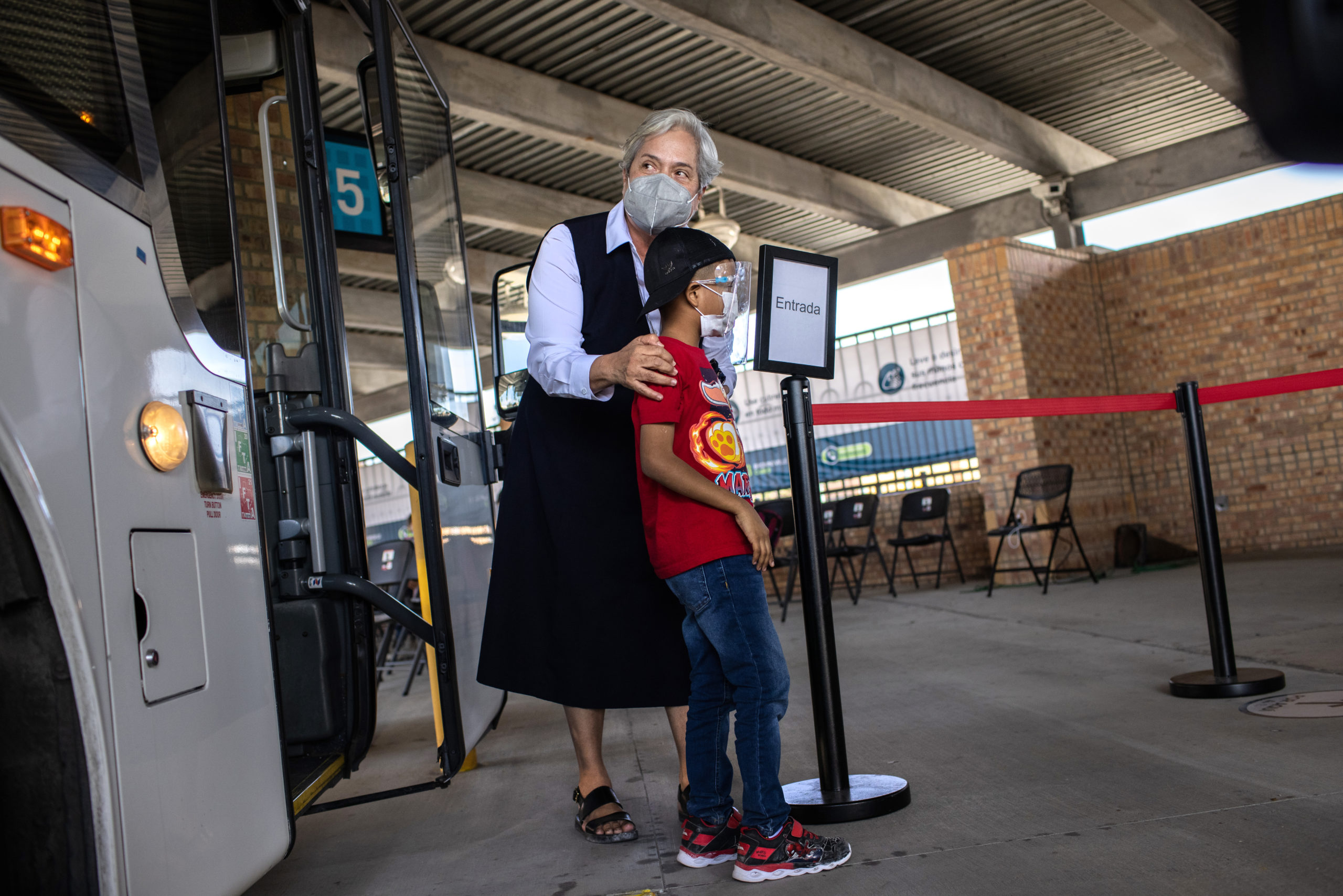 Sister Norma Pimentel, Executive Director of Catholic Charities of the Rio Grande Valley escorts a young asylum seeker upon his entry into the United States on February 26, 2021 in Brownsville, Texas. (Photo by John Moore/Getty Images)

The Catholic Charities of the RGV are receiving between 400 and 800 migrants daily, the majority of which are parents and children, Axios reported. (RELATED: Border Agents Report Being Overworked, Understaffed And Exposed To COVID-19 During Migrant Surge)

“I haven’t seen the numbers as high as 2019,” Sister Norma told Axios. She added that migrants could be crossing in other areas due to the Customs and Border Protection (CBP) officials’ presence in the Rio Grande Valley sector of southern Texas.

Some migrants were flown to other border towns including El Paso and Laredo, Texas, as well as San Diego, California, on one or two flights which occur daily, Garcia told Axios. At least 30 of those flown into El Paso arrive at Annunciation House shelters while others are expelled to Mexico.

The Annunciation House in El Paso, Texas, is at low capacity and ready to take in migrants, Director Ruben Garcia told Axios. Garcia also expressed frustration about the lack of transparency from the Biden administration regarding the expulsion of migrant families as religious shelters are at low capacity and contracts were recently signed with Immigration and Customs Enforcement to open hotels in an effort to house more people.

Whenever CBP encounters unaccompanied migrant minors they are taken to a processing facility and eventually transferred to a Department of Health and Human Services (HHS) shelter, according to the Congressional Research Service.

Nearly 20,500 unaccompanied migrant minors were in HHS custody while about 2,500 remained in CBP custody Tuesday, according to HHS. CBP encountered over 172,000 migrants in March including nearly 19,000 unaccompanied minors and Department of Homeland Security Secretary Alejandro Mayorkas said the U.S. is on track to encounter more migrants in 2021 than in the last 20 years.