Migrants waiting at the U.S.-Mexico border reported at least 492 instances of violent attacks including kidnapping, rape and assault, according to Human Rights First. Over 16,000 asylum-seeking migrants at the Mexican border were on a “metering” waitlist to request protection in the U.S. as of February.

“Despite his frequent pledges to reverse President [Donald] Trump’s cruelty at the border, President Biden is continuing a policy that is wreaking havoc: it endangers children, drives family separations, and illegally returns asylum seekers to danger, including Black and LGBTQ refugees forced to endure bias-motivated violence in Mexico,” according to Human Rights First. 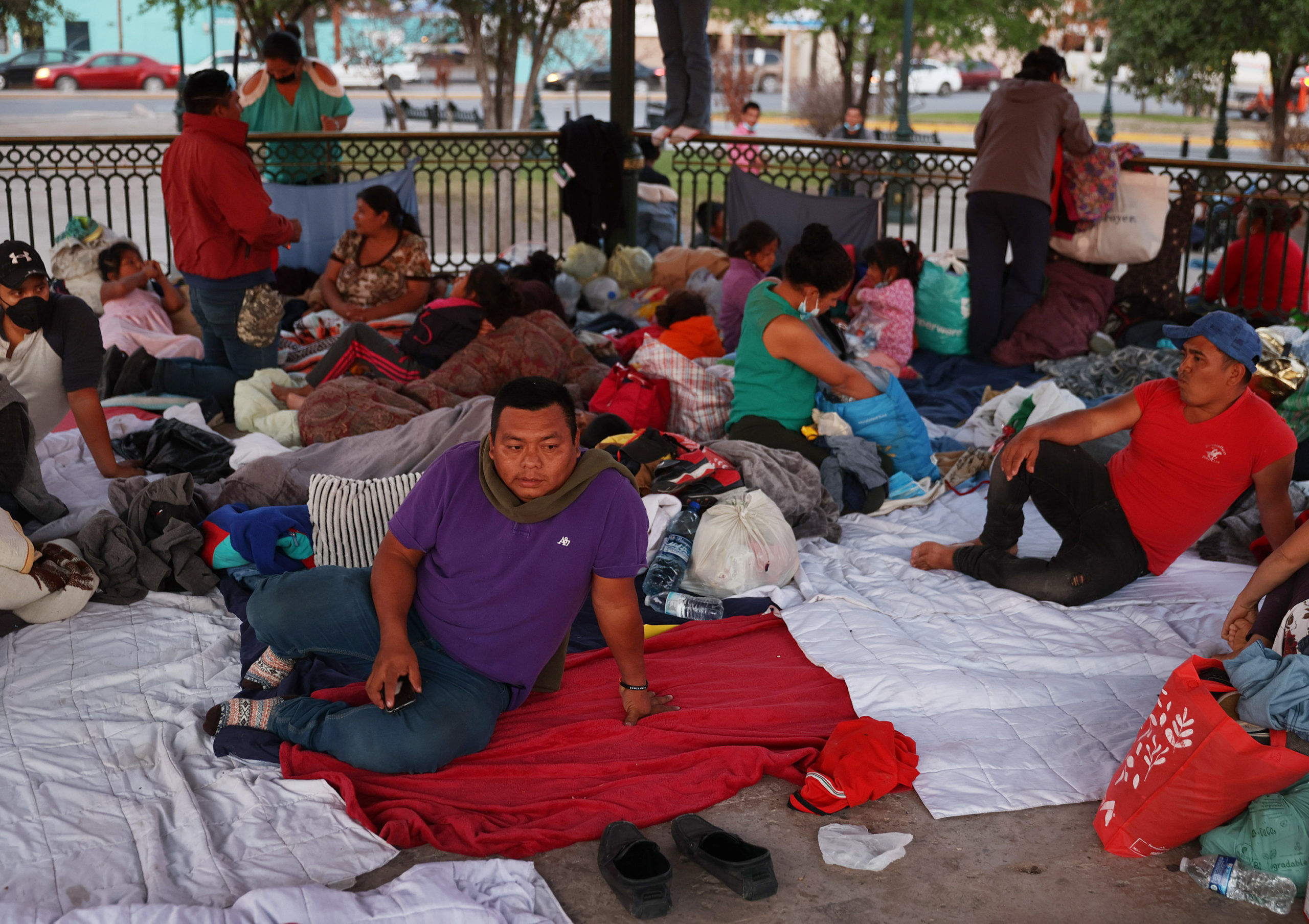 Emner, originally from Guatemala, sits with other migrants camping in the Plaza las Americas after being deported when they were caught crossing illegally into the United States on March 25, 2021 in Reynosa, Mexico. (Photo by Joe Raedle/Getty Images)

Officials expelled migrants without conducting credible fear screenings and returned some people to areas where they were previously assaulted, according to Human Rights First. One woman was allegedly kidnapped and raped after expulsion in February 2021 and a mother and 10-year-old boy were reportedly kidnapped following removal in March 2021.

Around 80% of asylum-seeking migrants identifying as LGBTQ said they experienced either attempted or successful attacks after expulsion, including sexual assault by Mexican law enforcement and human trafficking, according to Human Rights First.

Border officials remove migrants seeking refuge in the U.S. under the Trump-era Centers for Disease Control and Prevention (CDC) public health order Title 42 implemented to slow the spread of COVID-19, according to Human Rights First. The policy bans migrants from entering the U.S. on claims of refuge or asylum, though the Biden administration amended the rule to permit entry for unaccompanied migrant minors.

Some migrants who were expelled under Title 42 have tried to enter the U.S. between official ports of entry and some make multiple attempts, which skews apprehension numbers, according to Human Rights First. One migrant was removed from the U.S. 17 times, according to a shelter director in Mexico. (RELATED: Border Agents Report Being Overworked, Understaffed And Exposed To COVID-19 During Migrant Surge)

“Mexico’s refusal in some border regions to take back families with children younger than seven years old has prevented the illegal expulsion of many families,” according to Human Rights First. “But Customs and Border Protection (CBP) has held other families in horrible conditions and treated them cruelly before transporting them great distances to expel them to other regions of Mexico.”

Migrants were reportedly denied medical care and access to sanitary products while in CBP custody, according to Human Rights First. Officials collected migrants’ belongings including coats despite cold weather and sometimes deported migrants to unapproved dangerous border towns without access to resources like transportation or shelter at night.

CBP encountered over 172,000 migrants in March including nearly 19,000 unaccompanied minors and Department of Homeland Security Secretary Alejandro Mayorkas said the U.S. is on track to encounter more migrants in 2021 than in the last 20 years.