The private sector will shoulder the costs associated with transforming the U.S. economy into a “green” economy, Treasury Secretary Janet Yellen said Wednesday.

While the federal government plans to provide funds through direct investments and tax credits, private companies will be expected to pay for most of the estimated $2.5 trillion needed over the course of the next decade for the so-called “green transition,” Treasury Secretary Janet Yellen said during a speech at the Institute of International Finance on Wednesday.

Yellen began her speech, which was focused on the U.S. response to climate change, by laying out how the public sector would respond and touting President Joe Biden’s American Jobs Plan. She then explained the private sector’s responsibility, saying it “should not be very challenging” for companies to raise the money necessary for climate change initiatives.

“One estimate placed the needed incremental investments at over $2.5 trillion for the United States alone,” Yellen said during her remarks Wednesday. “Private capital will need to fill most of that gap.” (RELATED: Corporate America Will Lobby For Progressive Policies — Unless It Costs Them Money) 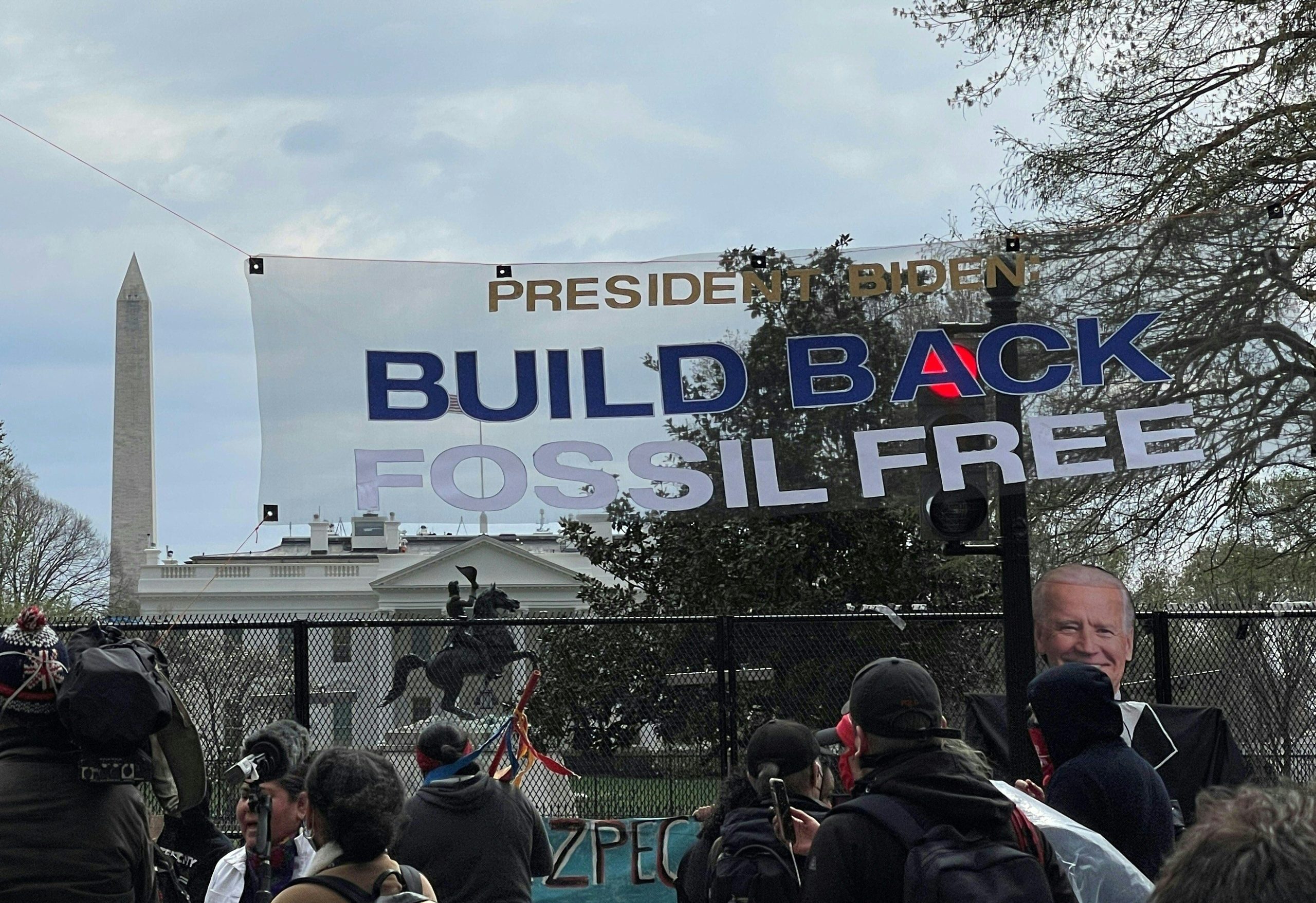 Activists display banners in support of shutting down existing oil pipelines in the U.S. on April 1 in Washington D.C. (Daniel Slim/AFP via Getty Images)

Yellen hinted that more work can be done on “climate-related disclosures” or the practice of companies publicly revealing how climate-friendly they are. She said investors are increasingly concerned with companies’ carbon footprint and impact on the environment.

The Treasury Department supports the Securities and Exchange Commission’s ongoing review of climate disclosure guidance, which could lead to a federal mandate forcing companies to share how well they meet certain climate criteria, Yellen said during her speech.

Republicans, however, have objected to the guidance, accusing the government of punishing fossil fuel energy companies for the sake of social justice. A group of Republican Senate leaders criticized the Biden administration for reversing Department of Labor rules requiring private sector investment plans to prioritize financial interests instead of climate and social interests.

A large coalition of hundreds of corporations wrote to Biden last week, demanding him to set stricter federal emissions goals. However, the letter didn’t mention standards that the companies had set for themselves.

The White House is set to host the Summit on Climate with dozens of Western nations on Thursday and Friday.

Biden is expected to sign an executive order related to the financial impact of climate change before the summit, but it is unclear what the order would include, Politico reported. The order might ask federal agencies to consider climate impact when doling out funds to industries and companies.