The results of the study—published in the peer-reviewed journal PLOS One and first reported by Fox News on Thursday—”strongly suggest” that Chinese officials underreport pollution levels in many of the country’s largest cities. Researchers Jesse S. Turiel and Robert K. Kaufmann compared levels of PM2.5 reported by monitoring stations controlled by the Chinese government and those controlled by U.S. embassies. PM2.5 is a tiny particle that can lead to serious health consequences if inhaled. (RELATED: FLASHBACK: Climate Czar John Kerry Said in 2009 That Arctic Summer Ice Would Disappear In 5 Years) 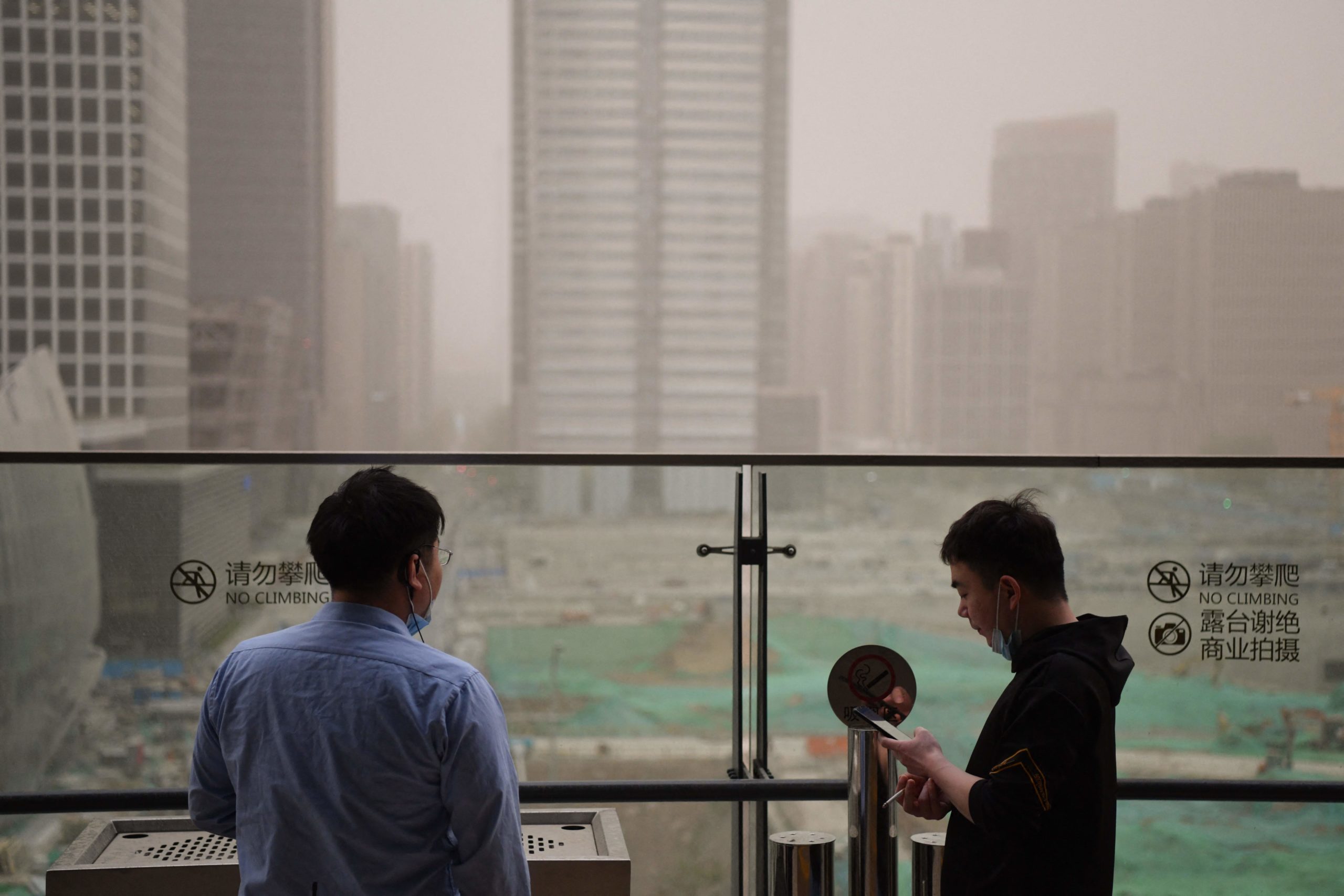 Two men smoke cigarettes in the central business district during a sandstorm in Beijing on April 15, 2021. (Photo by Greg Baker/AFP via Getty Images)

China has one of the worst air qualities in the world and well-documented history of misrepresenting environmental data. In 2012, the government implemented new reforms in an attempt to reduce the amount of data being misreported by local officials. While earlier studies indicated that these reforms were effective, the researchers found that misreporting of data continued even after the 2012 reforms were put in place.

The researchers said that their results are not surprising given the “enormous pressure” local officials are under to report declining amounts of pollution. The Chinese government has increased penalties in cities that fail to reduce pollution and has not provided more resources or financial support to combat pollution.

China and the U.S. issued a joint statement on April 17, stating that the two countries would work together to address climate issues. U.S. Special Presidential Envoy for Climate John Kerry and China Special Envoy for Climate Change Xie Zhenhua reached the agreement after meeting in Shanghai on April 15 and 16, according to the statement.