Officers who responded to a domestic dispute in Columbus, Ohio that resulted in the fatal police shooting of a 16-year-old black girl should have deescalated, a lead activist said.

Columbus police officer Nicholas Reardon’s fatal shooting of 16-year-old Ma’Khia Bryant was unjust because he failed to properly deescalate the situation, instead choosing to immediately use deadly force, Black Liberation Movement Central Ohio founder Kiara Yakita told the Daily Caller News Foundation. Reardon’s body cam footage showed that Bryant wielded a knife and was attacking another girl at the time of the shooting.

“When I saw the body cam, I noticed the difference in how they police. When it comes to black people, they do not like to deescalate,” Yakita said in an interview. “The reaction seems to be to fear black people who are in conflict and to just try to violently stop them.”

“There’s not many questions asked, there is hardly any time spent trying to identify who’s the victim, who’s the aggressor, who’s the person who even called us here for help in the first place,” she continued. (RELATED: Ma’Khia Bryant’s Intended Victim Caught On Bodycam After Near Stabbing) 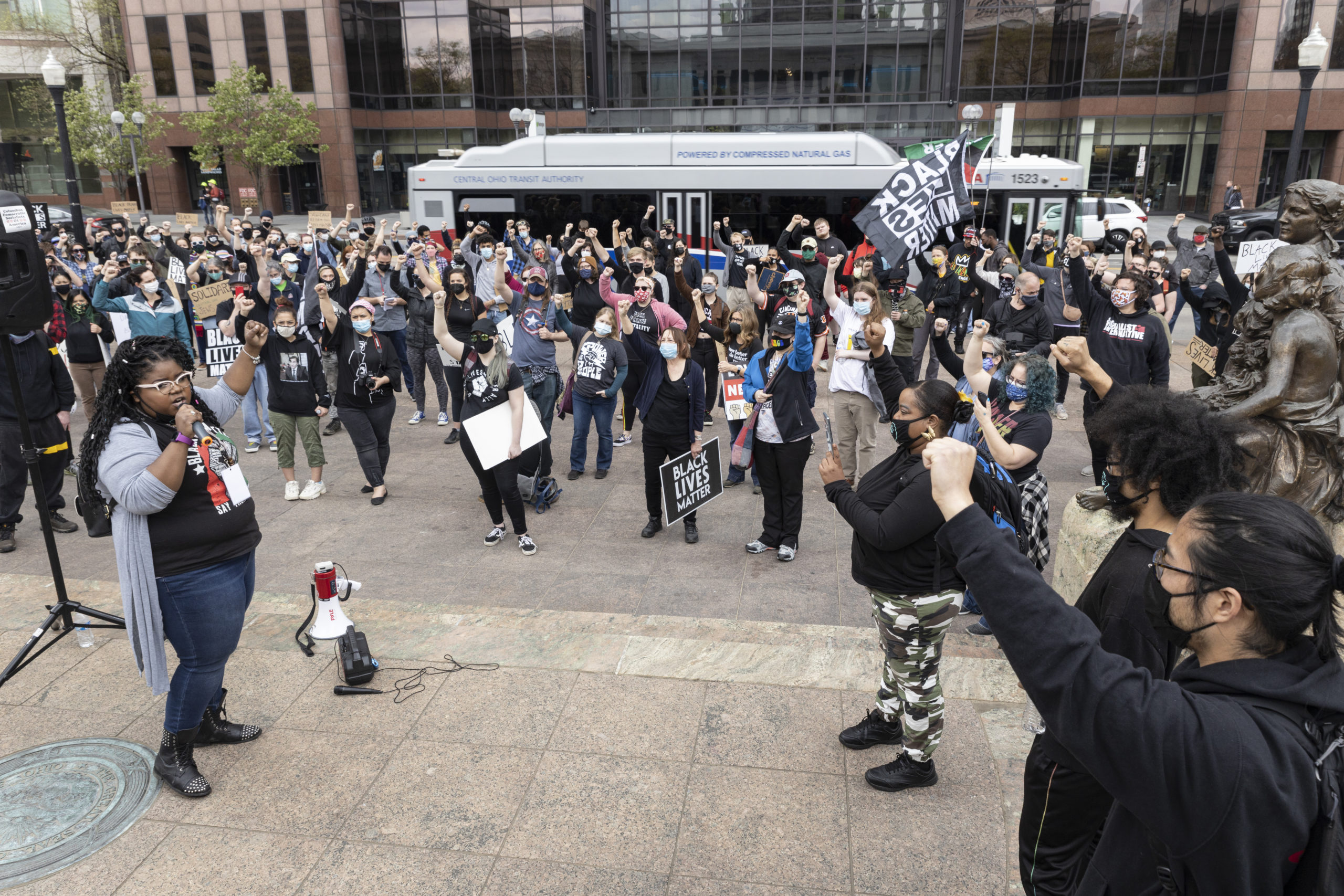 Kiara Yakita raises her fist while leading a protest in front of the Ohio Statehouse on April 17 in Columbus, Ohio. (Stephen Zenner/Getty Images)

Police responded to the reported dispute in eastern Columbus involving several individuals on Tuesday afternoon, CBS News reported. When Reardon arrived to the scene, a fight had already broken out and he soon shot Bryant multiple times.

Initial media reports suggested that Bryant had been unarmed when she was killed, but body cam footage released by the Columbus Police Department (CPD) revealed that she was swinging a knife at the time of the shooting. Columbus Mayor Andrew Ginther and interim CPD Police Chief Michael Woods have both defended Reardon’s actions.

But Yakita noted that Reardon drew his firearm almost immediately when he arrived to the scene. She said he should’ve attempted to break up the fight rather than immediately arm himself.

She added that the moment when Bryant shoved a third individual to the ground in front of Reardon would’ve been the best time for him to physically intervene. (RELATED: LeBron James Tweets Picture Of Officer Involved In Ma’Khia Bryant Shooting, Says ‘YOU’RE NEXT’)

“Why was there no attempt when the fight was right in his face? He didn’t want to try to subdue her or take the knife from her or do anything like that,” Yakita told the DCNF. “His automatic response was to wait for her to get far enough away, for him to feel safe, and then shoot her from behind.” 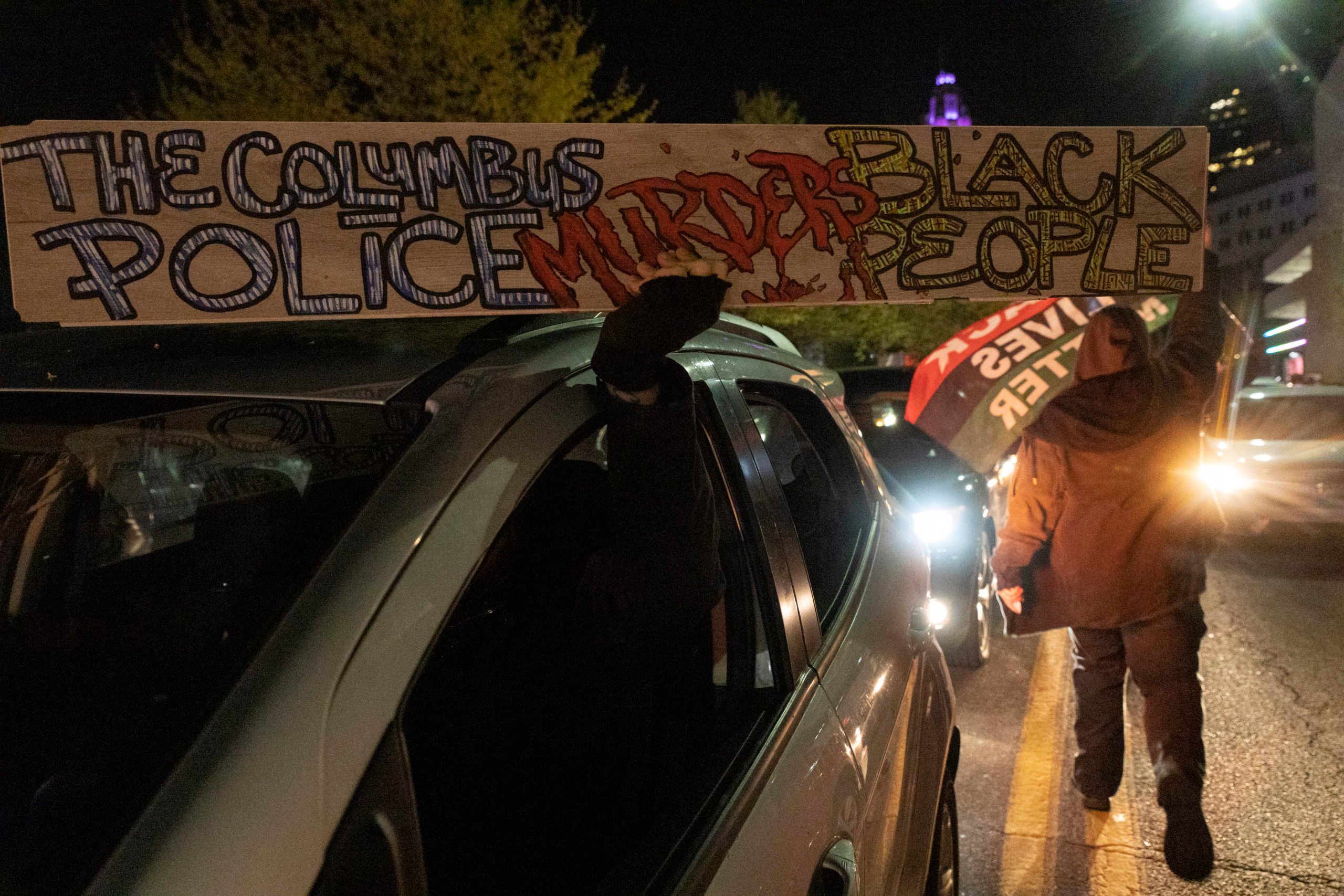 Ibram X. Kendi, an activist and author of the book “How to Be an Antiracist,” questioned what would happen if Columbus police responded to a similar incident that involved white people during an interview on CNN Thursday. Kendi said officers should’ve “talked her down” instead of using deadly force.

“Teenagers have been having fights including fights involving knives for eons,” activist Bree Newsome tweeted Wednesday. “We do not need police to address these situations by showing up to the scene & using a weapon against one of the teenagers.”

Because Ohio is a “stand your ground” state, Bryant was justified in using a knife to protect herself and her property, Yakita told the DCNF. Ohio Gov. Mike DeWine signed “stand your ground” legislation in March, removing citizens’ duty to retreat when being attacked, NBC affiliate WLWT-TV reported.

“Since those girls were at Ma’Khia’s foster home to fight her, legally, in Ohio, she’s allowed to take the knife and she’s technically allowed to stab any of them and get away with self defense,” she said.

In the immediate aftermath of the shooting, Yakita said she quickly drove to the scene of the shooting. Since then, she has led various protests and marches against the Columbus Police Department and police brutality.

Yakita founded the Black Liberation Movement Central Ohio in the aftermath of George Floyd’s death last year. (RELATED: Media Ran With Early Reports On The Columbus Shooting Only To Be Wrong)

Other prominent figures joined Yakita, Kendi and Newsome in slamming the Columbus police’s response to the incident. Valerie Jarret, an adviser to former President Barack Obama, tweeted Reardon shouldn’t have used a firearm to break up a knife fight, and Ben Crump, the lawyer who represented the Floyd family, started the hashtag #JusticeForMakiyahBryant.

“I believe that using a taser would be effective in a situation like that,” Richard Painter, a University of Minnesota law professor, told the DCNF in an email.

Bryant’s death must be a turning point and shows that government action is needed to prevent future police violence, Democratic Sen. Sherrod Brown said during an unrelated hearing Thursday. The White House called Bryant’s death “tragic” in a statement Wednesday that didn’t mention the knife.

Moving forward, Yakita said most reforms aren’t helpful. She said police unions need to be stripped of power and qualified immunity for police officers must be taken away.

“At this point, reforms are just turning into decoration,” Yakita told the DCNF. “The system is broken.”